Japanese Prime Minister Shinzo Abe announced his resignation Friday due to ill-health, ushering in a period of deep uncertainty within the country as it struggles with COVID-19, economic downturn, and tensions with neighboring countries China and South Korea.

“The most important thing in politics is results,” said Abe at a press conference. “If I can’t discharge my responsibility to the people of this country with confidence, then I judge I should not continue as prime minister.”

Abe has ulcerative colitis, which has dogged him throughout his tenure as Prime Minister. In 2007, he was forced to resign less than a year into his first term because of the illness. He was re-elected in 2012 and served as Prime Minister ever since. He will formally leave office when a successor is announced.

Despite his long tenure as Japan’s longest-serving Prime Minister, analysts were critical of his reign, citing the difficult position Japan is currently in after his lengthy rule. Political professor Tomoaki Iwai told FT that Abe “brought stability to Japanese politics and increased Japan’s international presence, but in terms of concrete results it’s largely disappeared.” One of Abe’s concrete achievements was bringing the 2020 Olympics to Tokyo, but the pandemic forced the games to be postponed to 2021, if they end up happening at all. Analyst Atsuo Ito said that Abe leaves no legacy, adding, “Whoever gets the job of prime minister will take over at a tough time.”

Analysts point to several potential successors to Abe, but noted the uncertainty caused by the pandemic drastically changes potential successors. Should there be a full election, top candidates for Abe’s successor Fumio Kishida, the Liberal Democratic Party’s policy chief, and Shigeru Ishiba, the former defense minister. In the event of a parliamentary election done due to the pandemic, one of the top candidates is Yoshihide Suga, the chief cabinet secretary.

Online, Abe appeared several times as a central figure in memes, including his appearance from a Super Mario warp pipe at the 2016 Olympics and an infamous visit with Donald Trump where the president dumped an entire box of food into a koi pond, which at the time was seen as an insult to Japanese culture. Among anime fans, Abe took on the character of a media mastermind attempting to use anime to propagandize procreation among otaku in an effort to combat Japan’s declining birth rate. 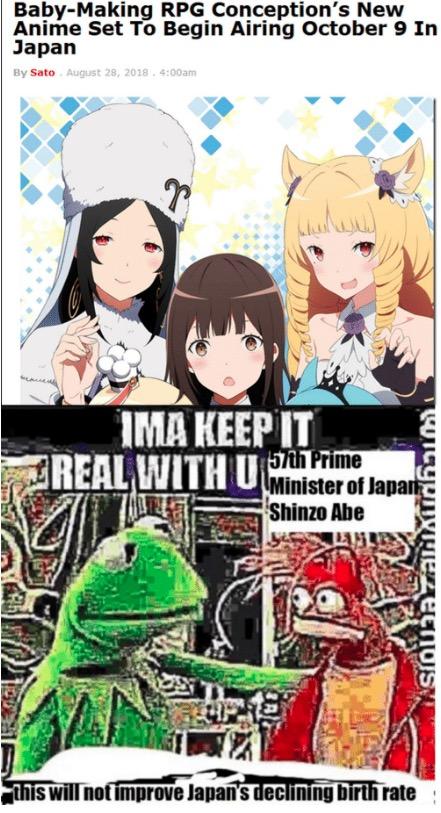 Rendezvous
15 Memes For Those That Miss Winter And Game Of Thrones
Pizza Hut
Day 147...