The 2020 Goya Boycott refers to the public backlash to the CEO of Goya Foods publicly praising United States President Donald Trump. Critics of Donald Trump reacted negatively to the statements made by CEO Robert Unanue because of Trump’s previous remarks about and policies that they say adversely affect Mexicans and Mexican Americans.

That day, the Hill tweeted video of the comments. The post received more than 2 million views, 15,000 likes and 9,000 retweets in less than 24 hours (shown below).

Goya Foods CEO Robert Unanue: “We’re all truly blessed… to have a leader like President Trump who is a builder.” pic.twitter.com/2VdG4qAnpK

Many online reacted negatively to the comments, with some prominent public people making comments and encouraging people to boycott Goya and avoid their products, explicitly and implicitly.

Congressperson Alexandria Ocasio-Cortez tweeted, “Oh look, it’s the sound of me Googling ‘how to make your own Adobo.'” The tweet received more than 154,000 likes and 29,000 retweets in less than 24 hours (shown below, left).

Throughout the day, several hashtags about a boycott of Goya foods, Including #Goyaway and #GOYABOYCOTT, trended on Twitter (examples below, center and right). 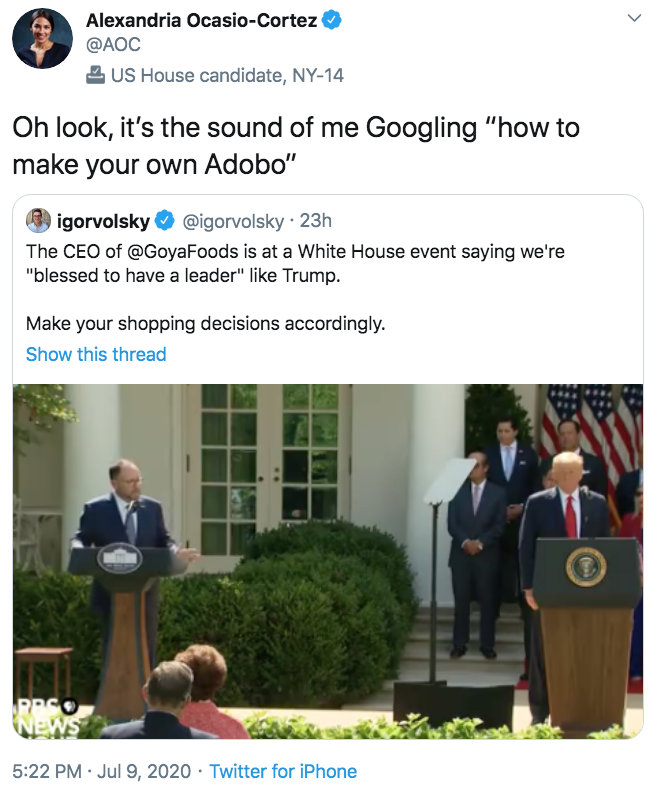 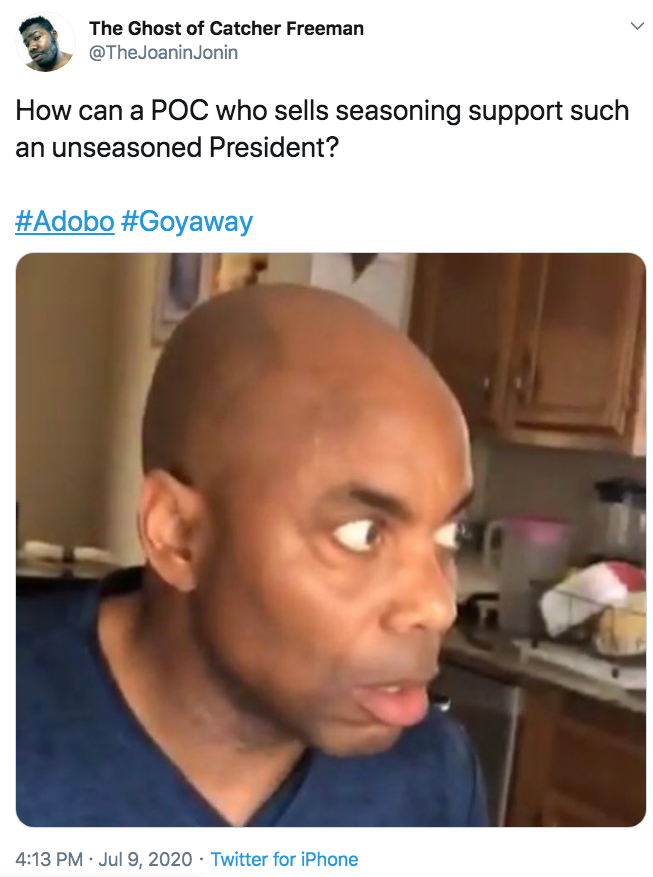 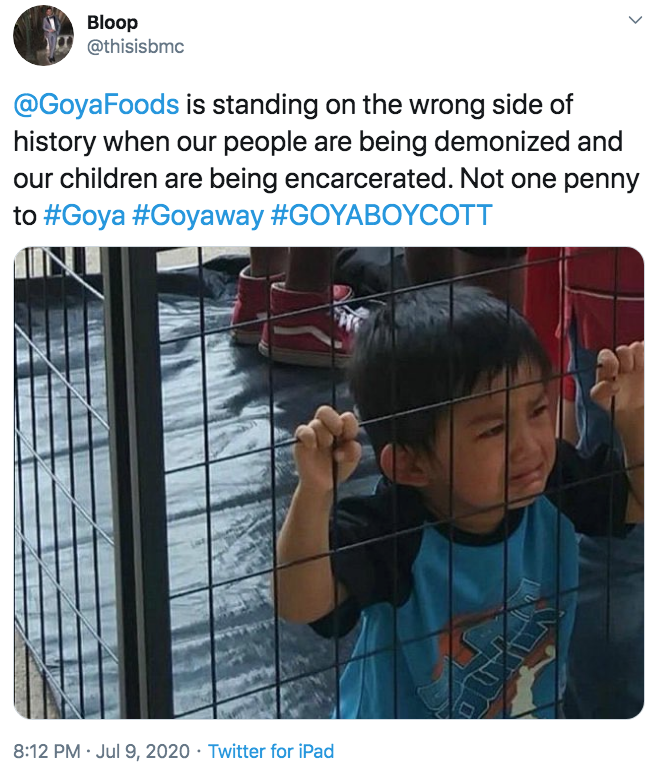 Texas politician Julián Castro tweeted, “.@GoyaFoods has been a staple of so many Latino households for generations. Now their CEO, Bob Unanue, is praising a president who villainizes and maliciously attacks Latinos for political gain. Americans should think twice before buying their products.” The tweet received more than 73,000 likes and 34,000 retweets in less than 24 hours (shown below). 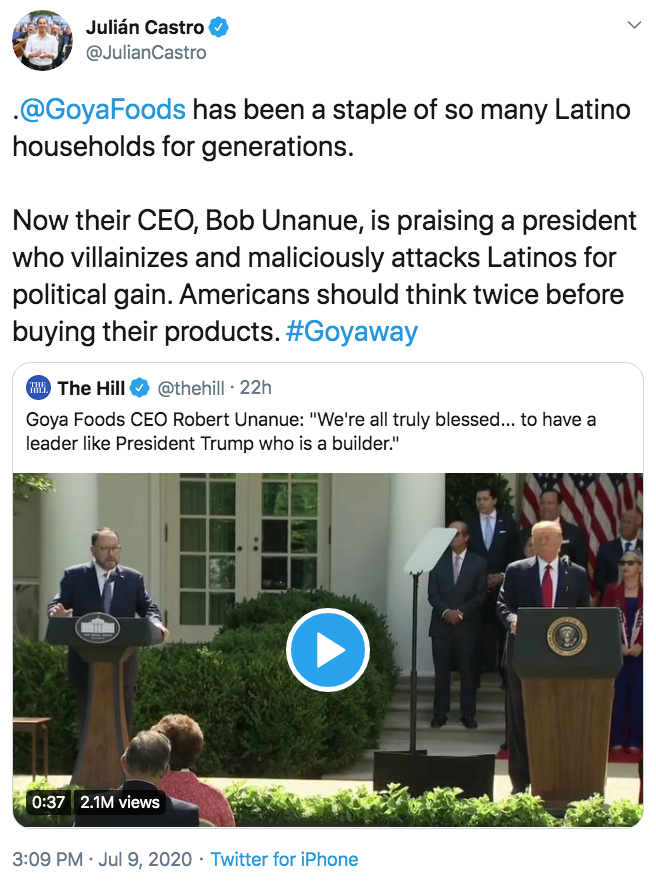 News of the boycott also became the subject of conversation on Reddit. That day, Redditor swingadmin posted about the news in the /r/politics subreddit, where it received more than 51,000 points (88% upvoted) and 4,000 comments in less than 24 hours. Other threads in the /r/politics subreddit also received more than 1,000 points.

Appearing on the Fox News morning talk show Fox & Friends Robert Unanue refused to apologize for his comments. He said:

Virtually all media outlets covered the response to the comments, including CNN, New York Times, CBS, The Washingon Post, Yahoo and more.