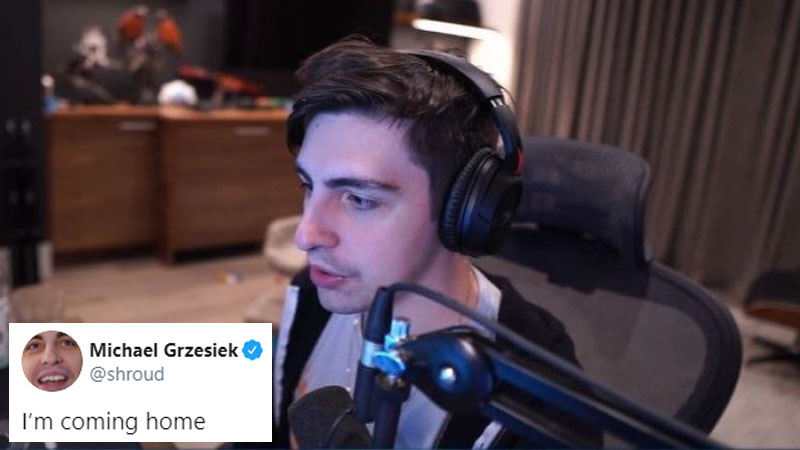 Top live-streamer Michael “Shroud” Grzesiek announced his exclusive return to Twitch today after leaving the site in the great Twitch exodus to the now-defunct Mixer that also saw the departure of Ninja.

Following the footsteps of Ninja, who began streaming on Twitch last week, Shroud is returning to the platform that made him famous. Twitch has Shroud under an exclusive contract, though the details of which are not confirmed. Shroud had reportedly signed for $10 million when he left for Mixer late last year.

At the time of writing, Shroud has over 7.1 million followers on Twitch before his first return stream on the platform, which is scheduled for 11 AM PST tomorrow.