Skeleton Rollercoaster High Five refers to an object labeling template in which a roller coaster cart full of skeletons speeds by a roller coaster cart of humans, attempting to reach out to them. In memes, the skeletons are usually labeled as a wild group and the humans a more responsible group who nevertheless find surprising commonality.

The artwork is an unpublished piece by comics artist Johnny Craig. It first appeared online on the blog Beat Pop on April 2nd, 2006 (shown below). 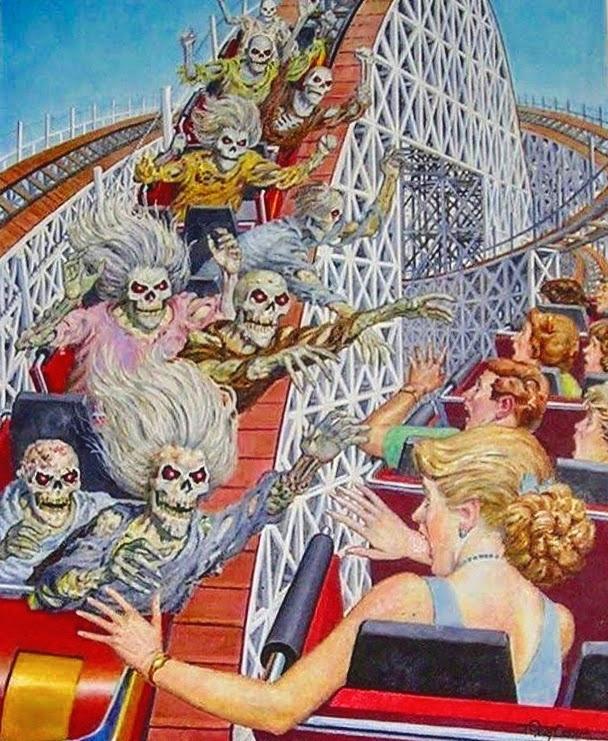 On August 29th, 2019, the earliest known object labeling edit of the painting appeared on Imgur. It was posted by user BlueLikeSnow and gained over 700 views (shown below, left). The painting began drawing a wider audience online after it was posted to the Tumblr Talesfromweirdland. On May 21st, 2020, Imgur user Cowill posted a similar variation to the first template, gaining over 1,200 views (shown below, right). 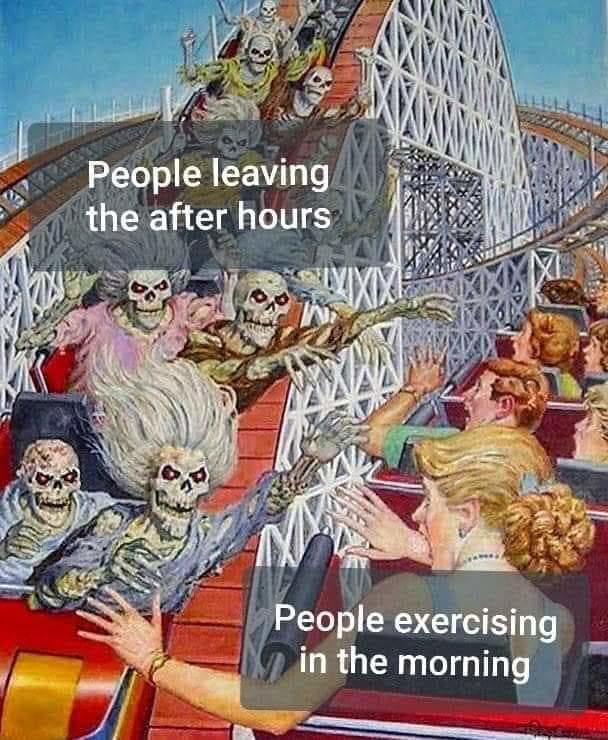 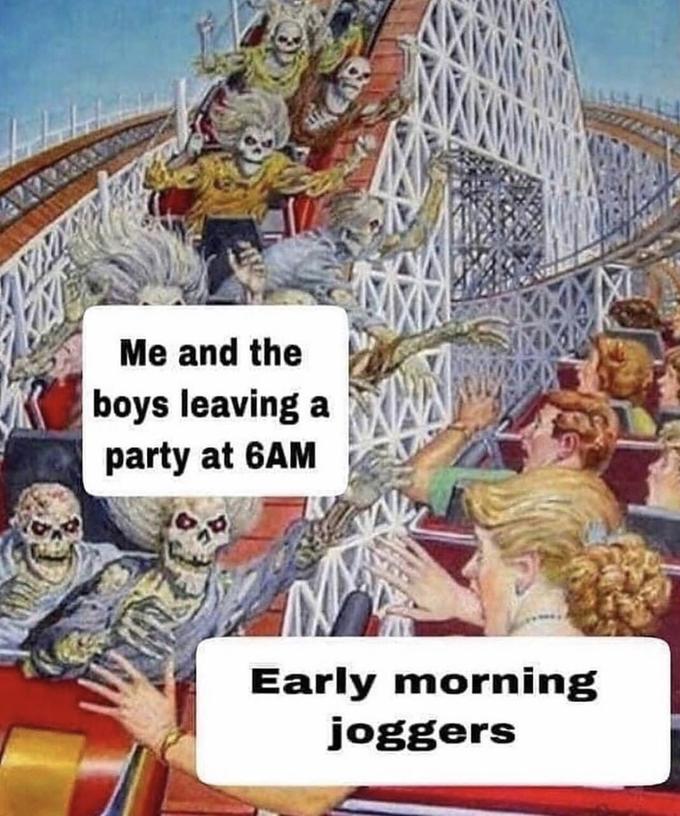 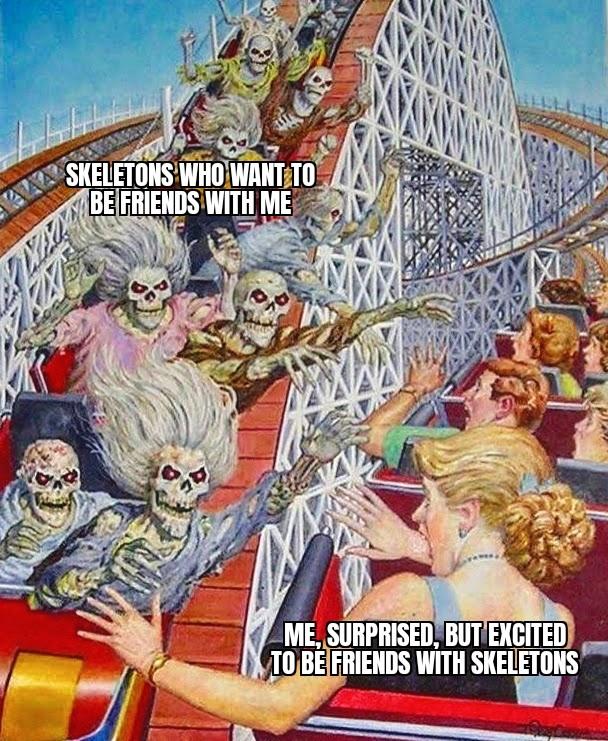 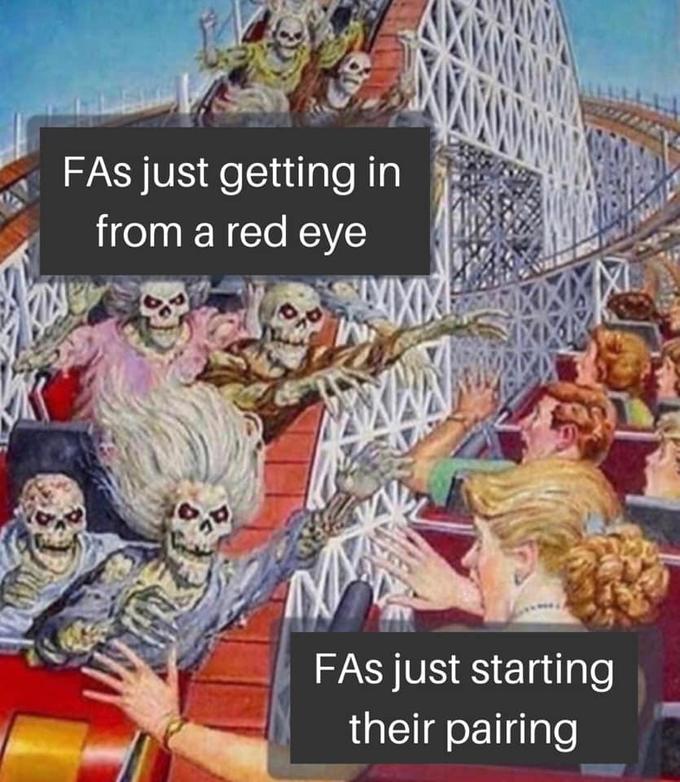 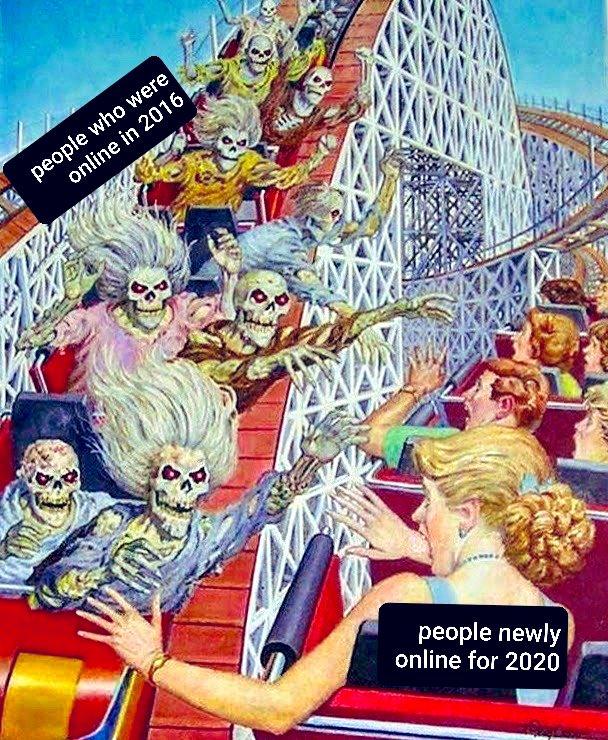 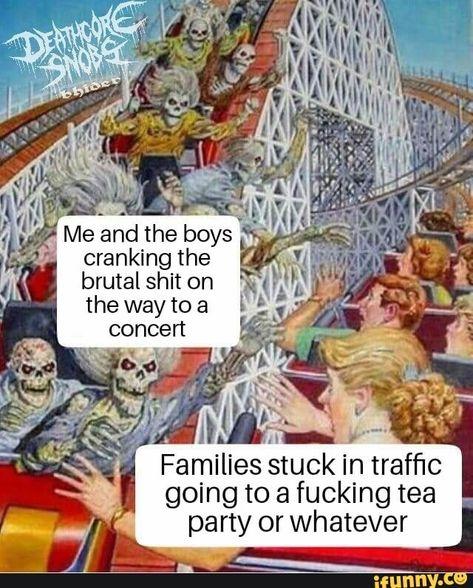 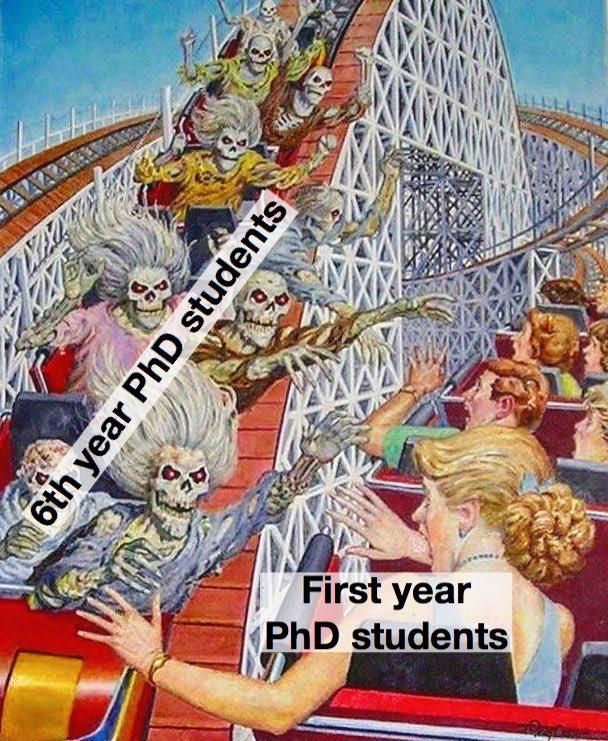 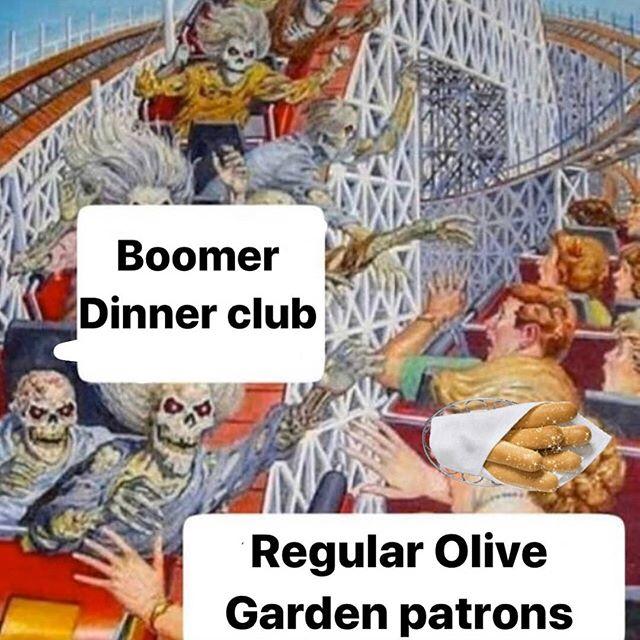 Cheer Proves A Surprisingly Addictive Docuseries On Netflix
That's what I call Luck
Ok POO
A pang of regret and sadness, every time.