Soyjak Shows His Phone refers to a series of exploitable memes based on an image of an excited Soyjak showing something on the screen of his smartphone. The memes mock those who get overly excited about certain things, particularly mainstream popular culture.

The exact origin of the format, which is a development of the larger Soyjak meme, is currently unknown, but is presumed to be Facebook. The format started with a viral meme in which a Soyjak, dressed in a green I Fucking Love Science! T-shirt, shows a tweet of a scientific article posted by Joe Rogan on August 6th, 2020. On August 7th, Facebook page T. nu-male reposted the meme (shown below). 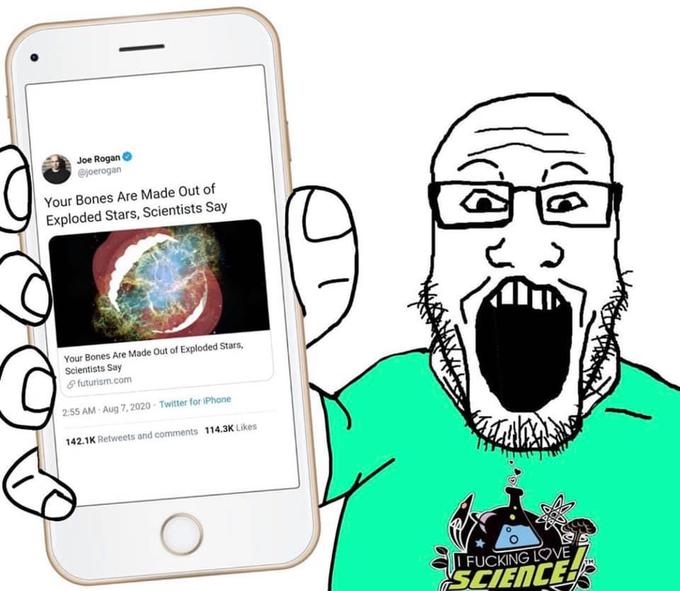 The image did not see viral spread until on August 10th, 2020, Facebook group Warhammer 40k Techno-Barbarianposting reposted it, with the post gathering over 590 reactions and nearly 100 shares in three weeks. On August 11th, Twitter meme page eternal classic reposted the meme, with more viral reposts being made on Twitter, Facebook and other sites in the following days.

On August 12th, Facebook page The Zuckerborg reposted the earliest known derivative meme based on the format, with the image on the phone being replaced with the logo of The Joe Rogan Experience podcast (shown below). An August 17th repost of the image by Facebook page The Epic Department received over 570 reactions and 90 shares. 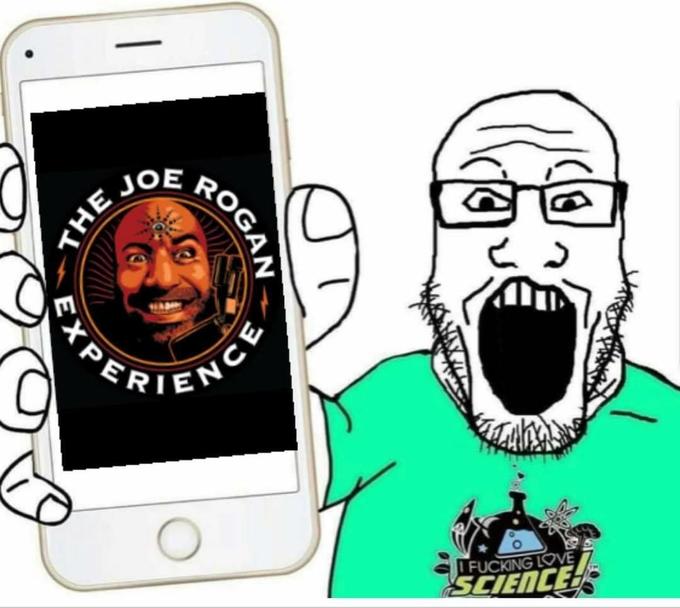 Following the viral spread of the original image, the format gained significant popularity online, primarily in the communtiites critical of both mainstream and anti-mainstream trends on Facebook, 4chan, Twitter and other websites. 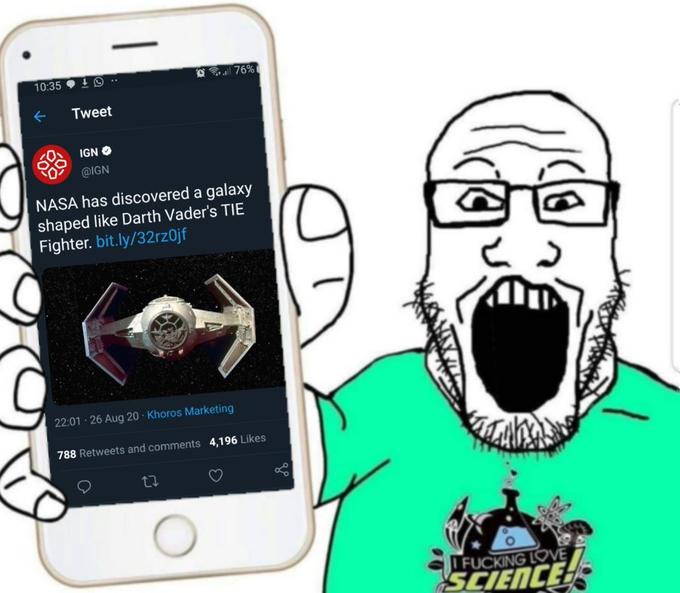 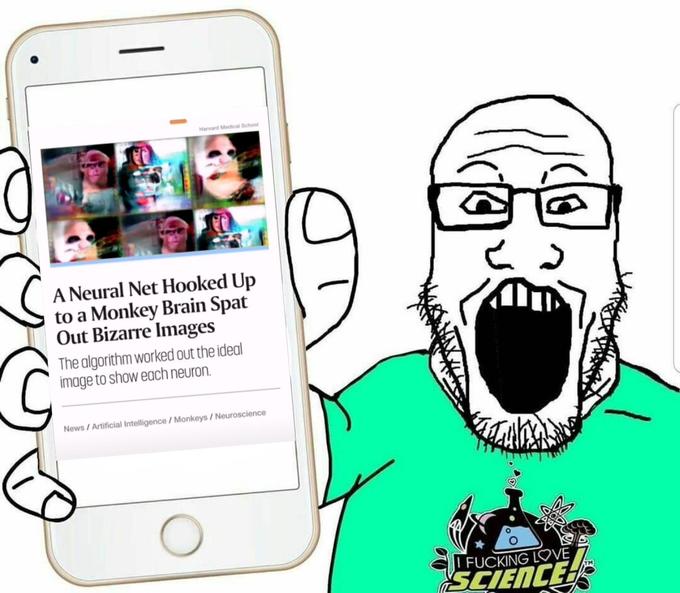 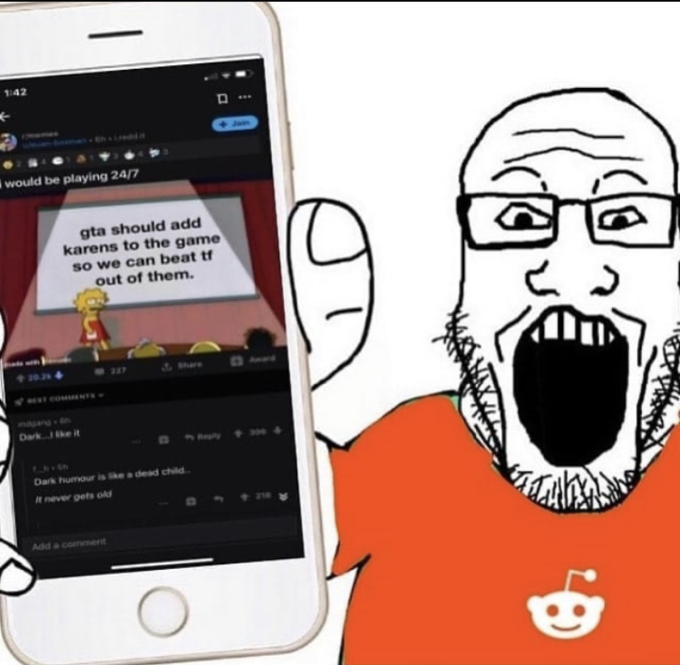 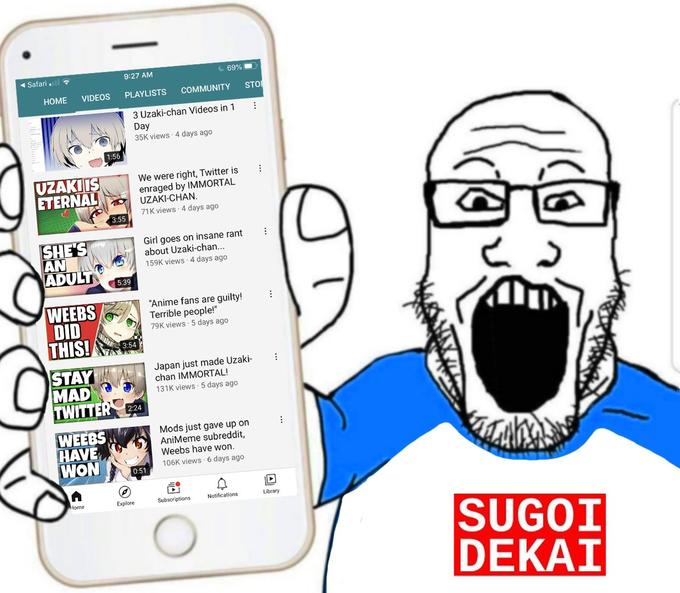 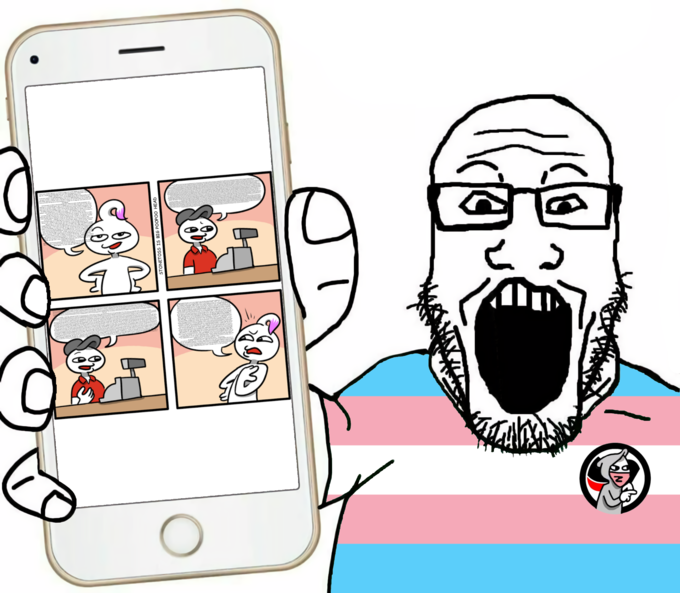 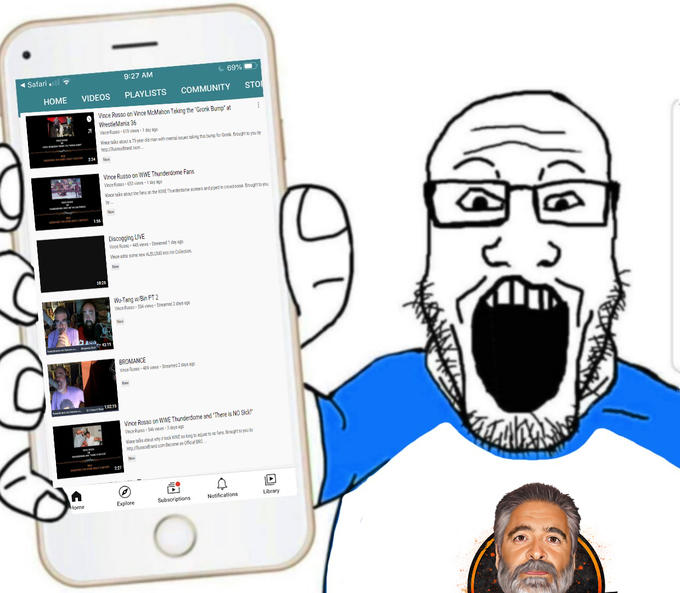 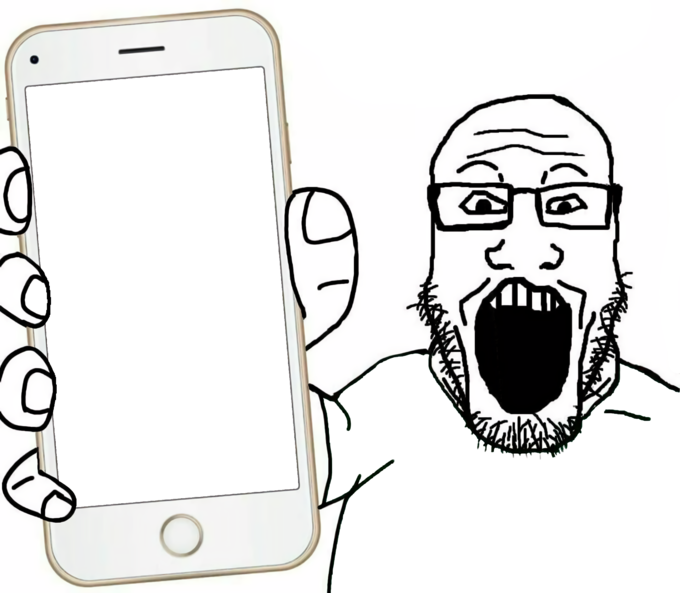 From Pong to Ultra Pong to Breath of the Wild, This Is How Game Worlds Evolved
"We Were Bad, But Now We're Good" Meme Revives "Sex Offender Shuffle" Video
The quickest way to start an angry mob on reddit is to disagree with them.
Heart transplant recipient