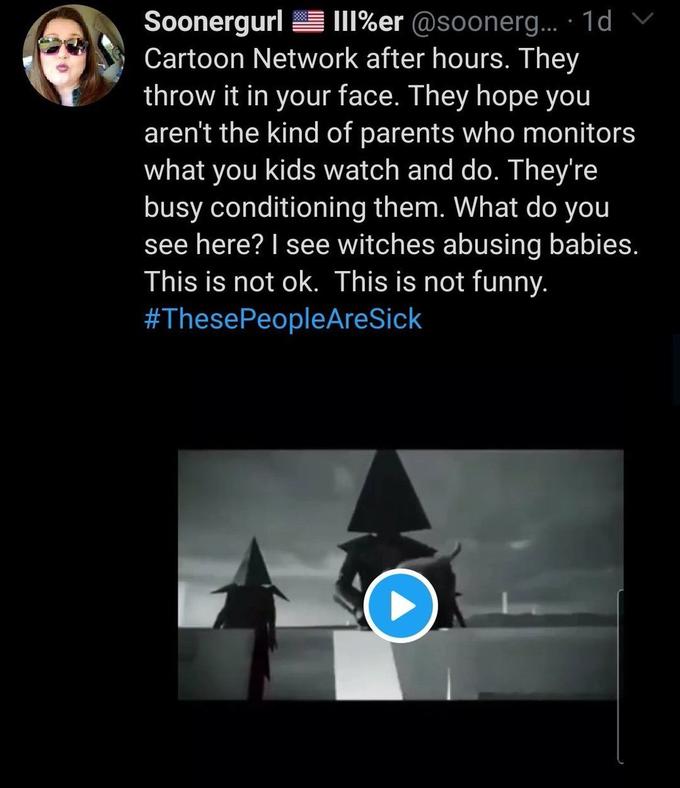 Over the weekend, an online debate surrounding an Adult Swim short erupted on social media after Twitter user soonergurl74 complained that the clip was attempting to indoctrinate children into witchcraft. The controversy surrounding this event even resulted in a larger conspiracy theory about the network being rooted in a Satanic cult.

So what exactly happened here, and how did the internet and Adult Swim itself respond to this whole squabble? First, let’s take a brief look into the origin of the network and the “demonic” video in question.

Adult Swim officially launched way back in 2001, airing between 10 p.m. to 1 a.m. on Sundays and Thursdays, with a disclaimer appearing before the block that read, “Parents strongly cautioned–the following programs are intended for mature audiences over the age of 18. These programs may contain some material that many parents would not find suitable for children and may include intense violence, sexual situations, coarse language and suggestive dialog.”

Known as the “Pool Era” of Adult Swim, this initial period of the network is where its iconic bumpers first began appearing in-between commercial breaks, which depicted elderly people entering a pool surrounded by signs displaying messages from the aforementioned disclaimer while a lifeguard shouted “All kids out of the pool!” from a megaphone.

Since then, the network has grown immensely in terms of renown, viewership and content, but has always remained consistent with both its intended audience and absurdist sense of humor. Despite this, Adult Swim is no stranger to backlash and controversies.

As for the short itself, which some are now claiming as Satanic propaganda, it mimics many of the other, surrealist bumpers displayed on the channel from years prior. Showing a clip of pyramid-headed figures using CGI babies as instruments, the video (called “PreBirth”) actually comes from an episode of Off the Air, which is chock-full of these kinds of weird, eye-catching and abstract shorts.

This kind of surrealist, absurdist material is certainly nothing new for Adult Swim, but nonetheless, it’s attracted the ire of a surprisingly large group of social media users. Although many online were quick to defend Adult Swim over the controversy, there were also several supporters of soonergurl74’s perspective.

In her original tweet, soonergurl74 stated, “Cartoon Network after hours. They throw it in your face. They hope you aren’t the kind of parents who monitors what you kids watch and do. They’re busy conditioning them. What do you see here? I see witches abusing babies. This is not ok. This is not funny.”

A swarm of critics rapidly descended on the Tweet, pointing out that Adult Swim is actually a separate network from Cartoon Network, for adults and has repeatedly displayed warnings about the nature of its content since starting almost two decades ago. Several memes, reactions and sneering replies ensued, in addition to the internet dubbing soonergurl74 the “Adult Swim Karen.”

I know you not acting like cartoon network doesn’t literally say goodnight to the children and that adult swim puts a warning before the shows start 🗿 pic.twitter.com/m0mQUiYvU7

One such Twitter user, Riki_Spiral, received several thousand likes for their reply below the tweet and said, “A couple problems with this. 1.) Its from the Adult Swim side of Cartoon Network, which is for an older audience or at least a mature one. 2.) Its an animated short they do for fun, its not meant to be taken so seriously. You are overreacting.”

But these weren’t the only reactions. Numerous users also flocked to defend her statements about the short and Adult Swim’s perceived attempts at indoctrination, with a plethora of counter-arguments to the users dismissing her concerns.

Beneath Riki_Spiral’s reply, FigueroaBranson commented, “Not speaking as a mother or grandmother but as a human being. I find this very disturbing and sickening. Whether it be for adults or not it’s just wrong.” Another, from user nonAymA75931, stated, “But what is funny about this? I see nothing that is funny here for adults even. To me, this looks like “programming” meant to reach children & young adults. There is no other explanation or point that I can see.”

The ensuing Twitter storm raged on for days, eventually reaching across the web to other social media platforms where it became a top post on Reddit’s /r/OutOfTheLoop subreddit, among others — and it didn’t take long for Adult Swim to respond. On Monday, the Adult Swim Twitter account tweeted out a “friendly reminder” regarding the controversy, receiving tens of thousands of likes, replies and retweets. 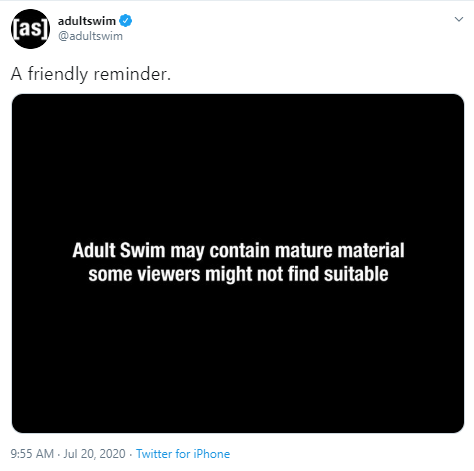 Mike Diva, the creator behind the short that was originally part of Off the Air, also took to Twitter to comment on the controversy. Receiving thousands of likes, Diva’s tweet said, “Adult Swim is now trending cos the Qanon Karens are losing it over a vid I made about pyramid bois playing drums with shitty CGI babies. While getting accused of being an Illuminati pedovore daily has been fun, let it be known that I do NOT condone any form of CGI baby drumming.”

In addition to their earlier tweet, in traditional Adult Swim fashion, the network aired a new bumper during their block later in the week with a much snarkier response to soonergurl74. Featuring the tweets that sparked the whole internet flame war, this short ended on a sarcastic note with, “Because if you let your babies watch our block then our witches will use them as instruments.”

Twitter’s seemingly incessant nature to kickstart cancel culture wars on all sides of the spectrum is nothing new (RIP Paw Patrol), and this latest push aimed at Adult Swim is no different. Now Twitter isn’t the sole source of these online debates, as they tend to pop up on just about every major site periodically, but there’s an undeniable correlation between it and such internet movements.

This time around, at least it was aimed at a company with some humorous reactions for everyone to enjoy … well, unless you happen to fall into the Karen category.