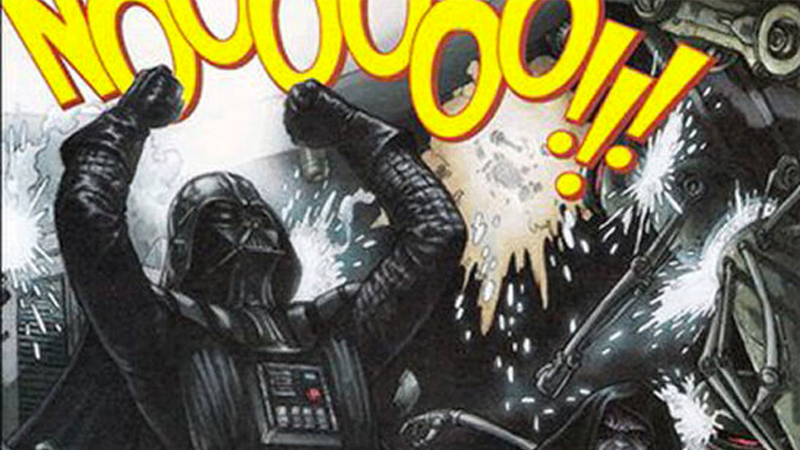 Arguably the most sacred Jedi text in the galaxy, the script to Star Wars: The Rise of Skywalker ended up on eBay earlier this year, according to the film’s director. A cleaning person found one of the few copies of the screenplay under the bed of a Star Wars actor.

In an interview with Good Morning America, Rise of Skywalker director J.J. Abrams told George Stephenolopous that someone who works at Disney found the script before it could get out.

“They were really nervous about anything getting out, and so they had only a handful of scripts, and they were printed on crazy, uncopy-able paper,” said J.J. Abrams. “And then one of our actors, I won’t say which one — I want to, but I won’t — left it under their bed and it was found by someone who was cleaning their room. And it was given to someone else, who then went to sell it on EBay.”

.starwars launched 42 years ago. And 24 days from now, the final chapter will be revealed in theaters! We are THRILLED to have director jjabrams with us this morning — and he’s sharing an EXCLUSIVE clip from #TheRiseOfSkywalker! pic.twitter.com/gOfUTGWzpW

Appearing on Good Morning America the following day, Rise of Skywalker star Daisy Ridley denied being the guilty party. However, she did clue viewers in as to who it might be.

“People assume it was me,” said Ridley. “Now, I’m not going to throw the person under the bus who it is, but there is someone else potentially coming on this show this week, who can answer the question as to who that was.”

.RobinRoberts asked Daisy Ridley if she knows anything about #TheRiseOfSkywalker script jjabrams says someone left under their bed that wound up on eBay. She says it’s not her but there IS someone else who is potentially coming on @GMA this week who can answer that question! 🤔 pic.twitter.com/wQN5kaUUCY

Disney placed heavy security on scripts for The Rise of Skywalker. One of the film’s stars, Keri Russell said that she could only read the entire script in a guarded room and was allowed snippets of the screenplay for reference, according to Entertainment Weekly.

Star Wars: The Rise of Skywalker opens in theaters on December 20th.