Tati Westbrook “Breaking My Silence” Video refers to a video by YouTuber Tati Westbrook in the midst of Karmageddon in which she alleges she was gaslit by Jeffree Star and Shane Dawson into thinking that she needed to end James Charles’s career. The video was widely parodied, with people taking clips of the video out of context and using the clips as reactions.

On June 30th, 2020, Tati Westbrook uploaded a video “BREAKING MY SILENCE …” amidst the Karmageddon controversy (shown below). The video gained over 64,700 views in an hour. The 40-minute video describes how Westbrook was gaslit by Jeffree Star and Shane Dawson into thinking that she needed to end James Charles’s career.

After the video was published, Twitter users quickly began making memes about the video by taking the title or portions of the video out of context and adding humorous captions. For example, many users singled out a portion of the video where Westbrook says “None.” User @TokoGa12 posted a video captioning the “None” portion, “How many albums Rihanna released in 4 years,” gaining over 390 retweets and 1,500 likes (shown below, top). User @stuckwithxari posted the clip with the caption, “what do you call an old woman who praises god?”, gaining over 480 retweets and 1,500 likes (shown below, bottom).

How many albums Rihanna released in 4 years pic.twitter.com/RXqPtIOChe

what do you call an old woman who praises god? pic.twitter.com/9kusTAudvr

Twitter user @teblue posted a screenshot of the video’s title, captioning it, “Unmuting myself just to say “ok” in the Zoom meeting,” gaining over 57,000 retweets and 342,000 likes (shown below, left). User @h19nry made an anti-joke about the video (shown below, right). 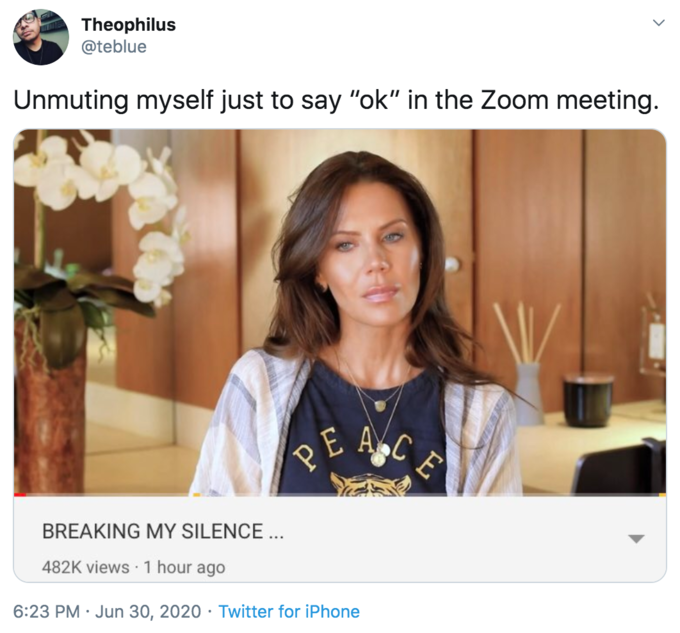 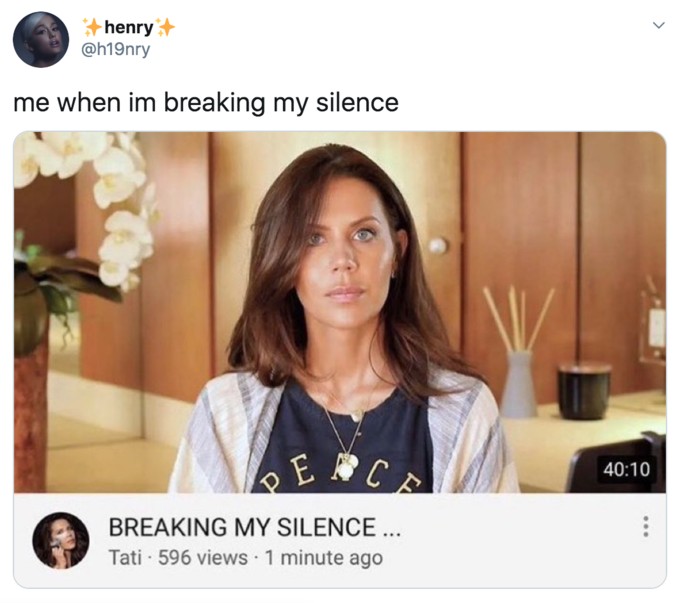 “How many skips does Ungodly Hour have?” pic.twitter.com/9M1rDFXPPm

how much weight have you lost in lockdown?
me: pic.twitter.com/K2pd18o1tK

how many bad albums does Lady Gaga have pic.twitter.com/EyO6cJtv3f

“How many dicks have you sucked since COVID-19?”

Putin had a race with time. Up till now, time is still running.
Absolutely crushing lmfao
INTENSE TWO-DIMENSIONAL COMBAT SIMULATOR
Poor kid peed his pants and got destroyd