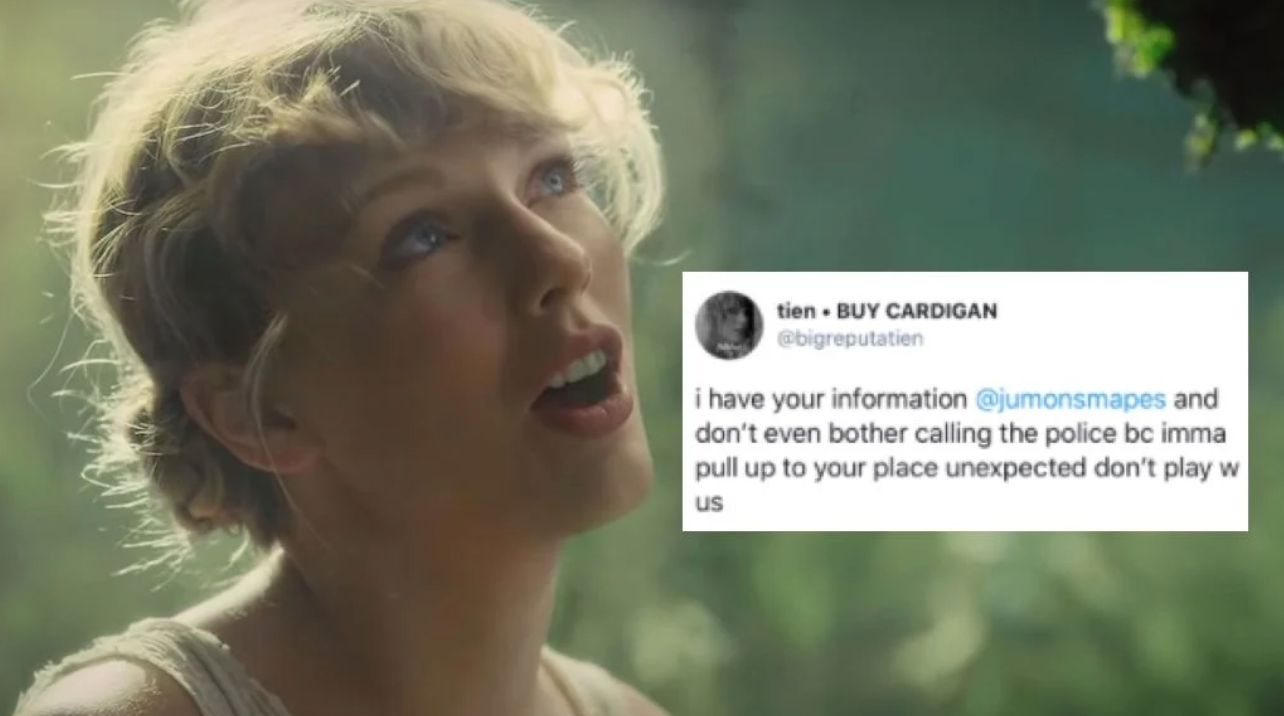 Taylor Swift surprise-released Folklore last week, making much of the music world go bananas. Not only had she completed her eighth album in total secrecy, she also stretched into a new, more alternative sound compared to her usual pop makeup. The reviews were glowing, as Swift netted the highest Metacritic score of her career with an 89/100. While many critics agreed that this was a perfect record from Swift, some were only slightly less positive, pointing out small issues that prevented Folklore from being a classic in their eyes. These critics were harassed by Taylor Swift stans.

After high-profile music publication Pitchfork gave Folklore an 8.0/10 review yesterday, Swift stans harassed the site, and most troublingly, the review’s writer, senior editor Jillian Mapes. Mapes’ review was mostly positive but noted the record could use a little pruning and its sound was still very mainstream for all the ballyhooing that it was Swift’s foray into the supposedly wild world of “indie rock.”

This was enough to set Swift’s most obsessive fans into a rage, as they began harassing Mapes with threats and phone calls to her personal mobile device.

Disgusted to hear that @jumonsmapes is being harassed and even threatened by Taylor Swift stans, with phone calls coming to her house in the middle of the night even. Fandom is toxic and there’s nothing funny about this.

me talking about jillian mapes. reviewer of folklore for pitchfork pic.twitter.com/1ANy2oKAl9

One particularly amusing tweet from the mess came from a user who suggested that Pitchfork hire some “indie/alt reviewers,” which is particularly ridiculous considering Pitchfork’s titanic stance in the indie and alternative scene.

@pitchfork how about u hire some indie/alt reviewers? We’ll donate money

While the mess is certainly a bad look for Swift and her fandom, it is hardly the first time obsessive fans of an artist have gone out of their way to harass anyone whose opinion of the artist doesn’t meet their standards. Last year, Lizzo and Ariana Grande both inadvertently caused their fans to harass critics by publicly tweeting their frustrations with less-than-glowing praise of their work.

Title not found
Me as a dad
Do online friends count though?
Walmart Licker Arrested With Low-level Terrorism Threat Charges