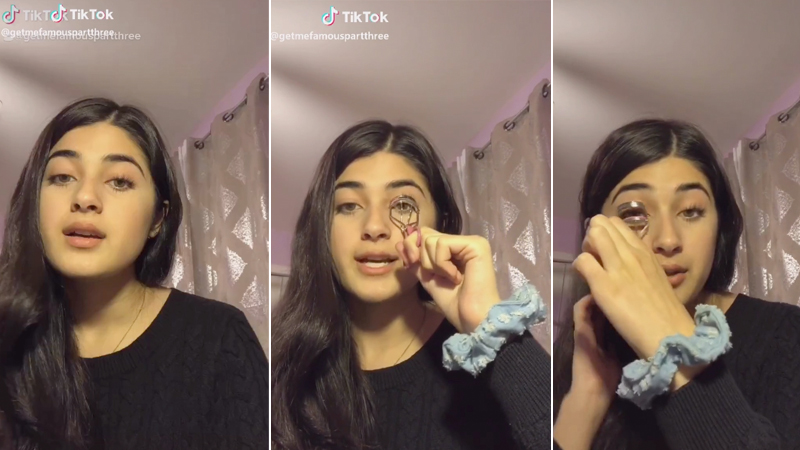 TikTok, which has long been accused of censoring political content that criticizes the Chinese government, has re-instated the account of Feroza Aziz, who was banned shortly after her bait-and-switch make-up tutorial that discussed the alleged forced detainment of Muslims in China went viral. TikTok called the suspension an “error.”

Aziz, a 17-year-old from New Jersey, says that TikTok has since apologized for what they call a mistake. She seems less convinced by their statement, believing that the China-owned company is censoring political dissent on the platform.

“TikTok is trying to cover up this whole mess,” Aziz told the Washington Post. “I won’t let them get away with this.”

Aziz posted what appeared to be a make-up tutorial on November 23rd on her account @getmefamouspartthree. As she curled her eye-lashes, Aziz called the Chinese government’s treatment of Muslims “another holocaust.”

Last week, a trove of secret documents leaked new insights into the Chinese government’s treatment of detained Muslims. These revelations include “forced ideological and behavioral re-education centers” being run in secret, according to the Associated Press.

“Hey guys I’m gonna teach you guys how to get long lashes so the first thing you need to is grab your lash curler,” Aziz said. “Curl your lashes obviously then you’re gonna put them down and use your phone you’re using right now to search up what’s happening in China.”

Shortly after the video posted, raking up hundreds of thousands of views, TikTok suspended her account. Aziz accused the company of censorship.

“China is scared of the truth spreading,” she tweeted. “Let’s keep scaring them and spread the truth. Save the Muslims.”

China is scared of the truth spreading. Let’s keep scaring them and spread the truth. Save the Muslims #chineseholocaust #muslim pic.twitter.com/GbreNFWBEc

TikTok pushed back on this assertion, stating that another post spurred the suspension. An earlier clip by Aziz featured a photograph of Osama bin Laden, which violated the platform’s policies on terrorism.

TikTok’s head of safety, Eric Han, said they had made a “human moderation error” in penalizing Aziz.

“We acknowledge that at times, this process will not be perfect,” wrote Han. “Humans will sometimes make mistakes, such as the one made today in the case of @getmefamouspartthree’s video.”

“When those mistakes happen, however, our commitment is to quickly address and fix them, undertake trainings or make changes to reduce the risk of the same mistakes being repeated, and fully own the responsibility for our errors.”

Still, Aziz did not accept this apology as truth, tweeting that the timeline between the video’s posting and her suspension suspicious.

“Do I believe they took it away because of an unrelated satirical video that was deleted on a previously deleted account of mine? Right after I finished posting a 3 part video about the Uyghurs? No.”

UPDATE: tik tok has issued a public apology and gave me my account back. Do I believe they took it away because of a unrelated satirical video that was deleted on a previous deleted account of mine? Right after I finished posting a 3 part video about the Uyghurs? No. pic.twitter.com/ehUpSJiyy1

8 billion of them
Elon will reveal the sacred texts
Mr. Incredible Insists That Things Are Things, And There Is Nothing You Can Do About It
Those Who Complete The Flex Challenge Are Definitely Allowed To Flex