Herobrine, also known as “HIM”, is a mysterious character from a Minecraft creepypasta story. He is portrayed as a non-player character in single-player Minecraft with the default skin and completely white eyes. (See also: Majora’s Mask Creepypasta, Slender Man)

IGN reported that the first posting of the original creepypasta story was on the Minecraft forums.

Herobrine began as a single, foggy screenshot of a distant figure posted on the Minecraft forums. The picture was accompanied by the story of a Minecraft player finding strange, unexplained constructions in their world, apparently the sign of someone or something else being present.

The earliest known thread on the Minecraft forums that mentions Herobrine was posted on August 30th, 2010. 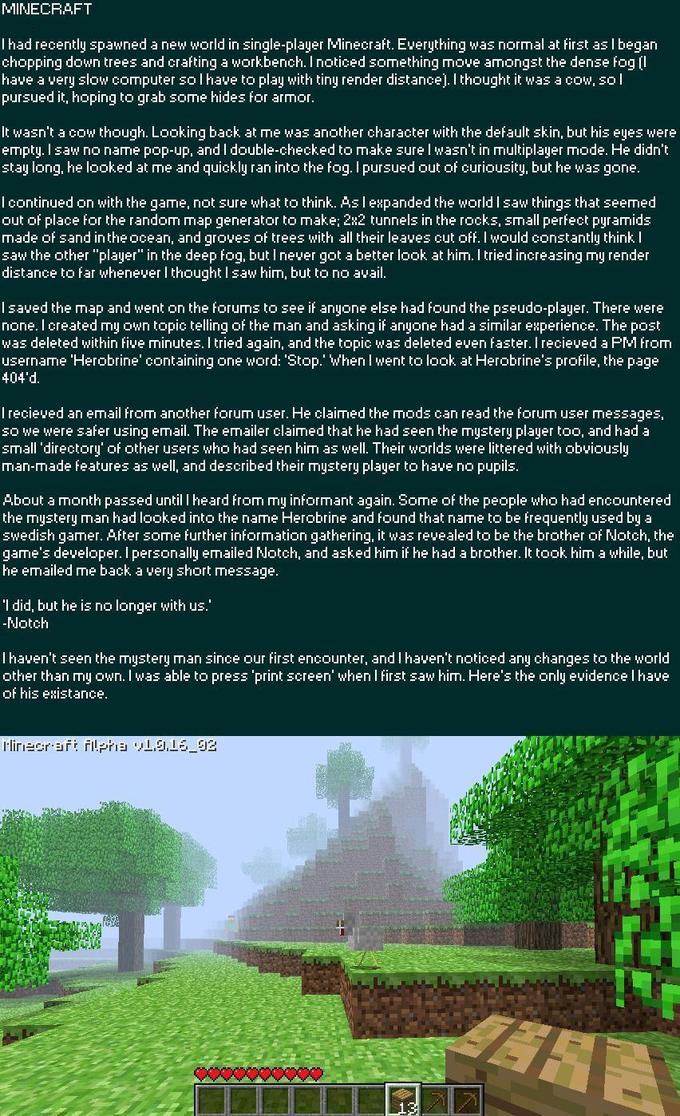 The Herobrine story was popularized with a hoax that was staged on August 30, 2010 on the Minecraft video stream “Brocraft”, now called “Ghost in the Stream.” Copeeland, the stream’s creator, showed Herobrine, suspected to actually just be a retextured painting or iron door, near the end of the stream at 20:45. The video has since been deleted.

In another stream, Copeeland’s friend Patimoose faked a game crash, then put up a page with a default Minecraft face with actual human eyes photoshopped on. According to Minecraft Wiki, the page’s source had the following secret message:

It has been reportedd that some victims of torture, during the act, would retreat into a fantasy world from which they could not WAKE UP. In this catatonic state, the victim lived in a world just like their normal one, except they weren’t being tortured. The only way that they realized they needed to WAKE UP was a note they found in their fantasy world. It would tell them about their condition, and tell them to WAKE UP. Even then, it would often take months until they were ready to discard their fantasy world and PLEASE WAKE UP.

The creepypasta image was submitted to FunnyJunk on September 25th, 2010. The first Urban Dictionary definition was submitted on October 12th, 2010. A Creepypasta Wiki entry was created on October 30th, 2010. Several Facebook fan pages have been created, and the most popular page has 8,898 likes as of November 2nd, 2011. The website deviantArt has several pages worth of fan art under the #herobrine tag. On TV Tropes he is referred to as an “Urban Legend Of Zelda“, a trope regarding strange rumors about video games that reach urban legend status.

Notch has addressed the subject of Herobrine via Twitter and claimed that he is not a real character in the game. There were initial reports that Notch confirmed the inclusion of Herobrine at Minecraftcon 2010, but on October 19th, 2010, he tweeted that he had “no plans of adding herobrine.” 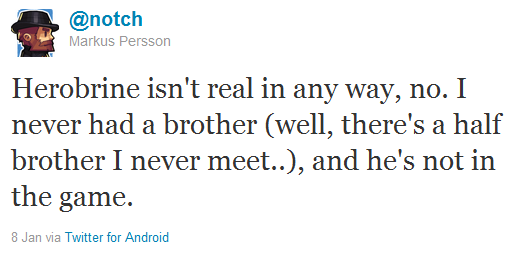 On May 31st, 2011, Notch posted patch notes to his site and the Minecraft launcher with the last item reading “Removed Herobrine”. The following patch ended with the same remark. This is most likely a joke as Notch has publicly stated that Herobrine is not a real character in the game. It could also be Notch’s way of saying that he removed glitches/bugs related to a recent patch. 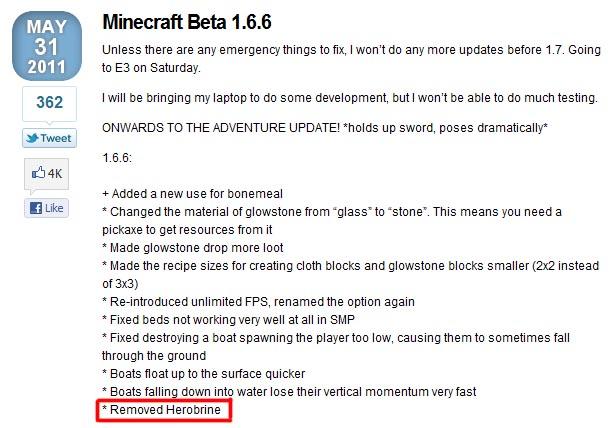 Several mod packs for Minecraft have included Herobrine in them. On December 10th, 2010, Minecraft Forums member Mr. okushama posted a thread indicating that he had added Herobrine to his Humans mod. YouTube user x01011000 uploaded a video titled “12 Let’s play Minecraft – Simple Herobrine Mod” that showed footage of his mod that replaced zombie skins with that of Herobrine: 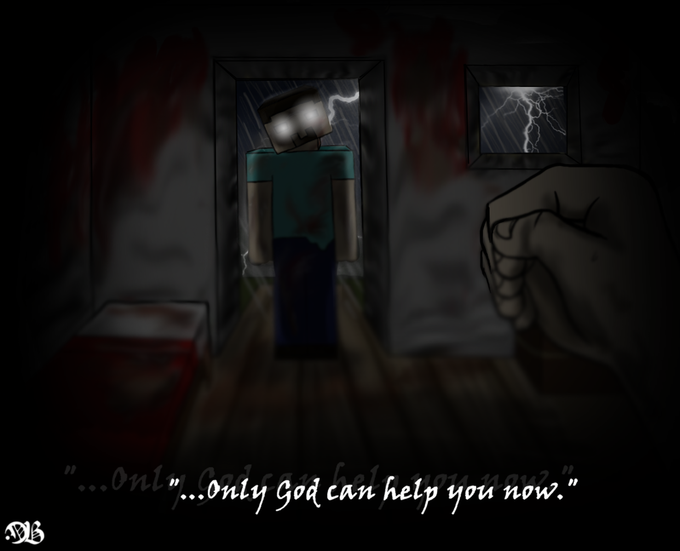 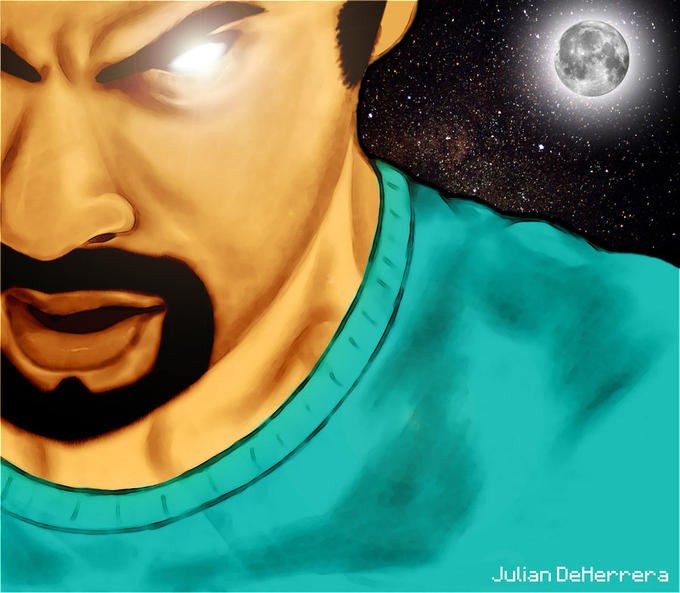 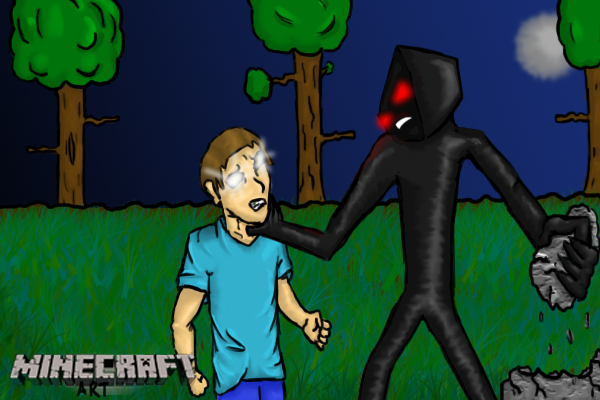 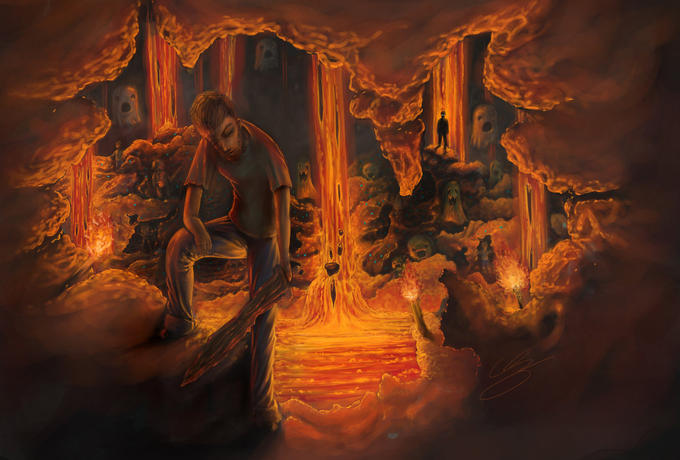 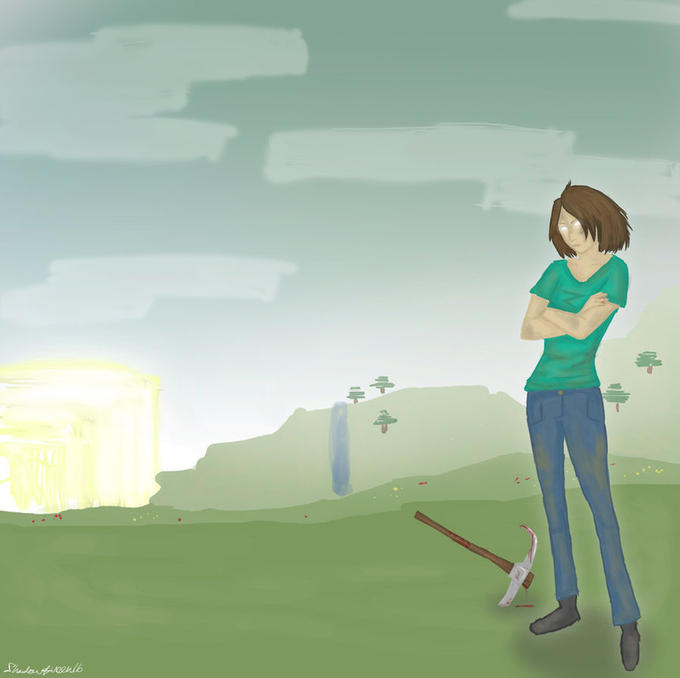 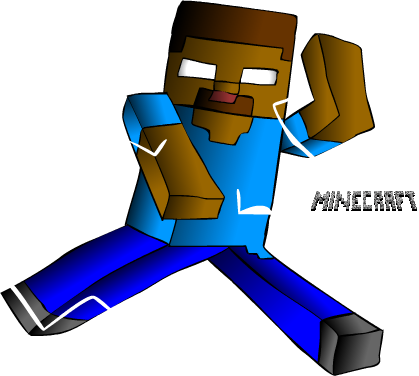 Search queries for “herobrine” started picking up in September of 2010, around the same time the hoax was live streamed.

non corona meme
These Ironic Memes Warn You Not To Mess With Fans, Or Else…
YouTuber Lohanthony Surprises And Concerns Fans By Denouncing Homosexuality And Embracing Christiani...
Petition To "Save" Barron Trump Deleted By Change.org