After an arduous eighth generation of gaming consoles, the long-overdue ninth generation is just over the horizon. With the fabled PlayStation 5 from Sony and its rival from Microsoft, the Xbox Series X, the advent of the next generation of consoles will undoubtedly change the gaming industry, and there’s no reason we should not assume that the meme landscape – as well as the face of the web itself – will change alongside it. It always does.

Gaming communities occupy a wealth of the web, forming a massive crowd that makes up a huge portion of the content on social media platforms. Already, the Series X and PS5 have managed to bring about a slew of labored discussions, passed along with varying levels of heat and salt. The general perceptions of these consoles largely guide the direction of the meme market in the Console Wars. These perceptions, in turn, are predominantly the result of brand loyalty more so than actual comparisons. Nevertheless, watching the memes fly as the battle rages on is just as much a cultural novelty as it is entertaining. 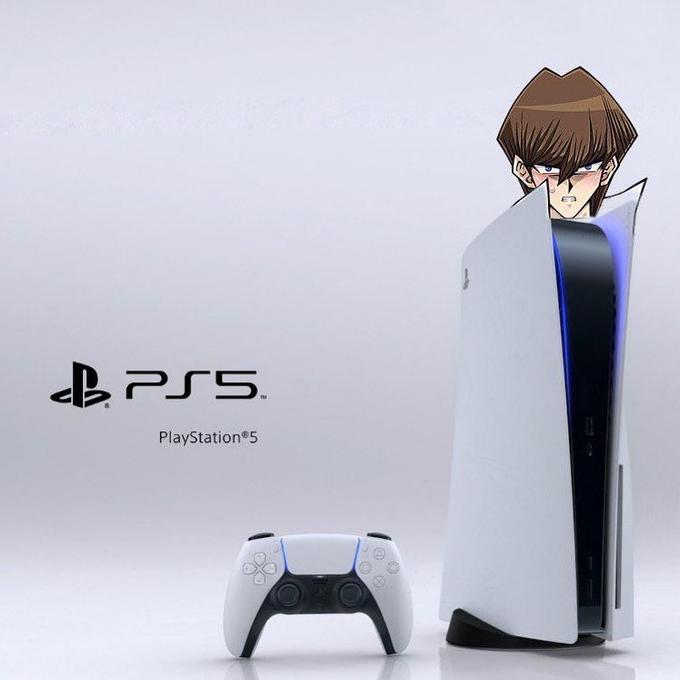 Sony’s upcoming PlayStation 5 was officially announced in June 2020, mainly showcasing the technical advancements of the console – most notably the switch to a solid-state drive for storage. Also catching the attention of enthusiasts was the alien-like design of the PS5. The unique case drew a wide variety of fun comparisons in the PS5 Design Parodies, from WiFi routers and PS2s adorned in binders to Seto Kaiba’s flashy coat. 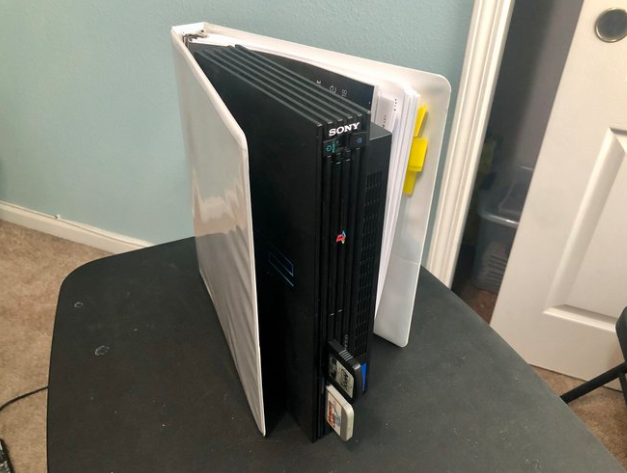 While many of these comparisons were in jest, a non-negligible portion of them came at the expense of the console itself, a criticism in which the PS5 is not alone, as we will later see. As far as the games themselves, the PS5 had one particularly contending title, which stoked controversy.

The upcoming launch title, Bugsnax, was met with a healthy combination of mockery and ironic praise, often being lauded as “the PS5 equivalent of Knack.” The game’s poor graphics, confusing gameplay and ill fit for the demonstration made it unpopular with some fans, but made it a rather attractive target for memes. The theme song, written and performed by Kero Kero Bonito, quickly became a hit with meme creators. 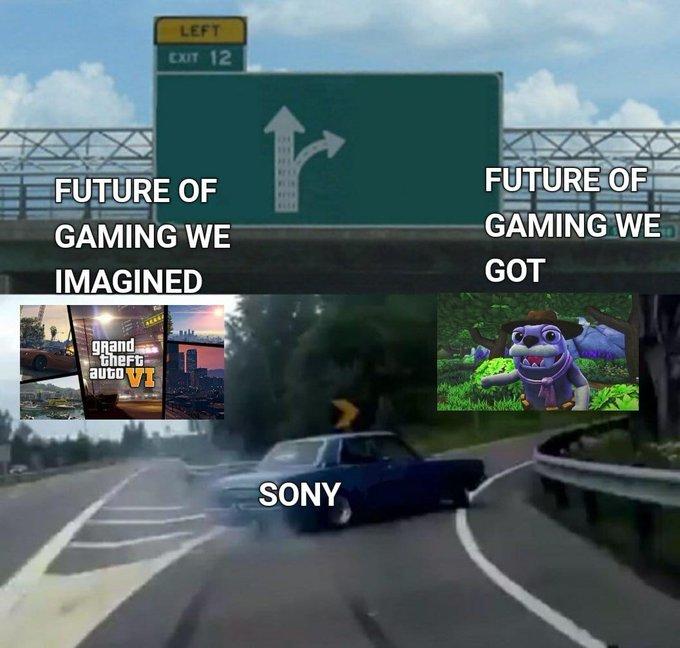 The new Xbox console was announced in late 2019, leaving a much larger gap of anticipation compared to the PS5. While many were excited about the anticipation of the next generation, others pointed out the rather “appliance-like” design of the console through Xbox Series X Parodies. While the Series X may have been announced first, the announcement and subsequent design reveal of the PS5 showed that “weird designs” were not exclusive to Microsoft, but rather a potential pattern for the upcoming generation.

Funny enough, this also isn’t the first time Microsoft’s console design has been the subject of memes, as Huge Like Xbox spawned following the unveiling of the bulky design on the original Xbox back in the early 2000s. 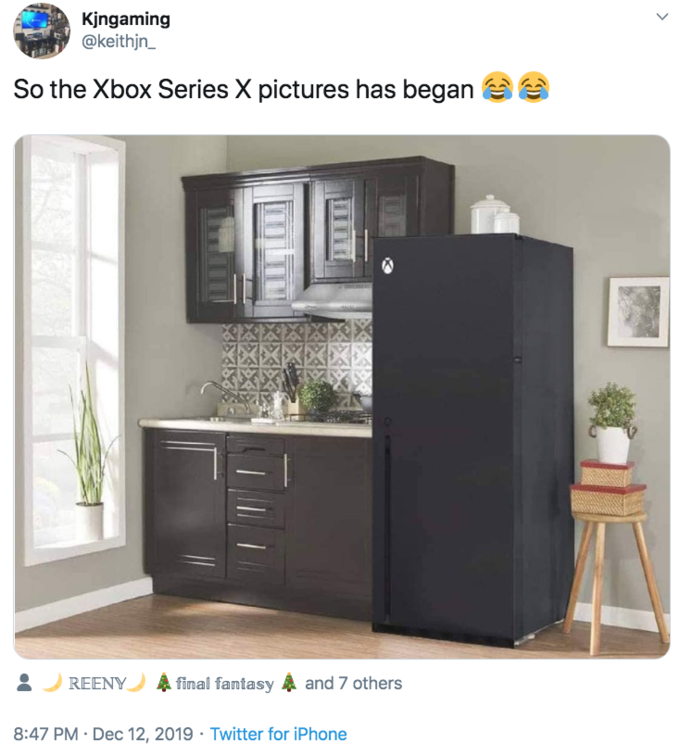 Most notably, the gameplay presentation for the upcoming Xbox-exclusive title, Halo Infinite, saw criticism due to its highly stylized visuals and was largely concluded as “looking unfinished” and being a poor substitute for the full, next-gen capabilities of the console.

Regardless of whether this criticism is accurate, memes comparing the look of Halo Infinite’s gameplay demo to PS2 games and other older consoles sent the launch title into meme status almost immediately. In particular, Craig the Brute became a favorite for meme enthusiasts and gamers alike.

If the release of two major consoles is expected to further these console wars to such a major degree, then where do PC players fit into this war? As always, it’s a matter of perception, and for the self-described “PC Master Race,” in particular, that perception is the inferiority of all non-PC platforms. PC gamers tend to reserve their brand loyalty for the “AMD vs. Intel” and “AMD vs. Nvidia” debates, typically making memes flaunting the superior performance and frame rates their gaming rigs can achieve. 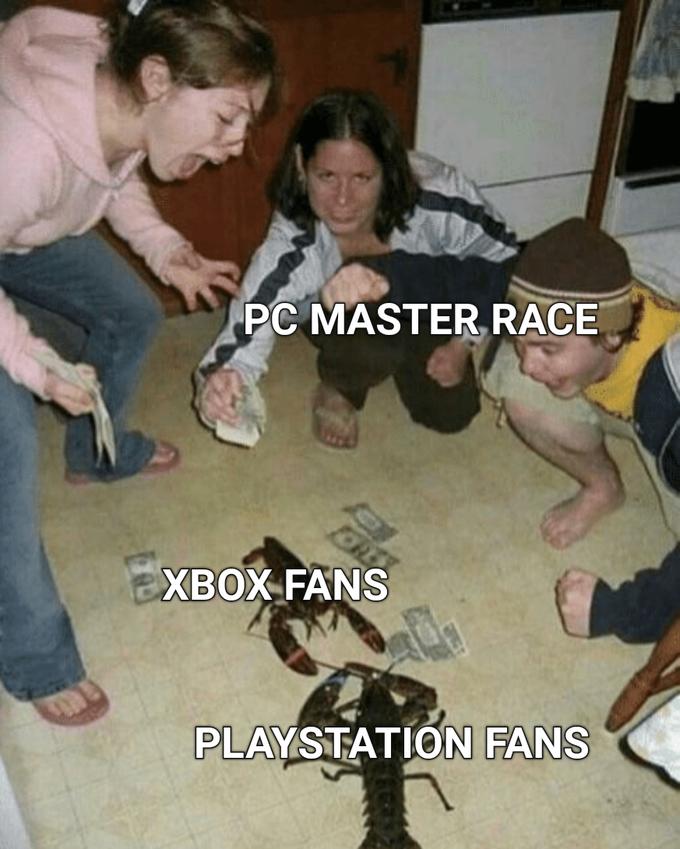 Why Can’t We Just Be Friends?

Most, if not all, of the salt-slinging in the console debates has largely centered around micro-comparisons of the system hardware between the two, perceived “poor visuals” for one or more titles, as well as the designs of the consoles themselves. While the specific subjects for debate span a fairly wide range, much of the clashing over gaming consoles can be boiled down to brand loyalty. Compared to older console generations, the differences in hardware limitations are far less noticeable, yet somehow this brand loyalty around modern consoles is just as fervent as ever. 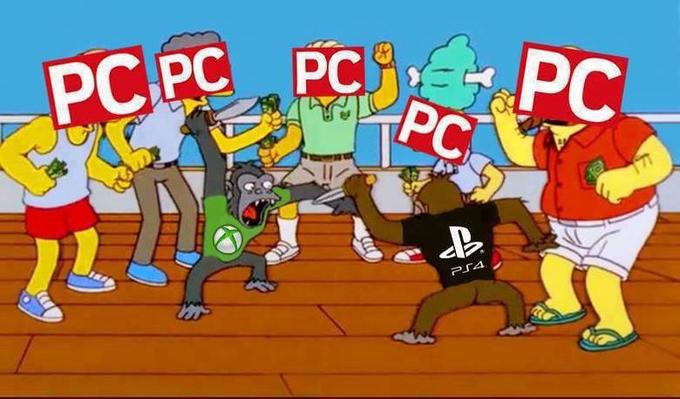 On one hand, differences can be attributed to a separation in target demographic. At the end of the day, despite both the PS5 and Series X being designated for essentially the same purpose, each of them tends to have a marginally separate user base. The PS4 was regarded by many as the “premium console experience” early on, flaunting better hardware and optimized performance. On the other hand, the Xbox One was sometimes preferred for its exclusives and, most importantly, its perceived all-around ecosystem. Integrating with other Microsoft products – most notably Windows – is unique, and cross-console play is also better-supported. One or the other is not ultimately superior in either sense, but the difference is wide enough to appeal to gamers for different reasons, prompting console buyers to prioritize the “best fit” based on their specific needs. 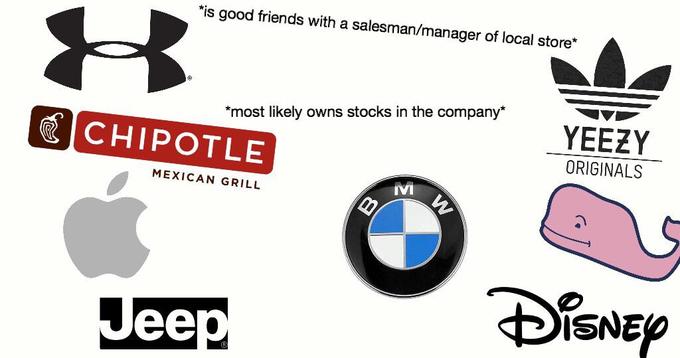 In any consumer demographic, brand loyalty is a powerful force, and preferences and product decisions tend to lead to a strong need to justify one’s choice, creating a defensive or value-expressive need over their choice and preference, as discussed in a 1974 paper published by the Association for Consumer Research (Sheth & Park). After being “filed away” into one camp or the other – either in the current generation of gaming or, more likely, during one of the many preceding generations – gamers tend to form a cohesive “brand loyalty” to their console of choice. That loyalty is likely the spark that began the flame war, and it’s the spark that keeps it burning to this very day.

This is true
Ghost In The Shell: SAC_2045 Frustrates Viewers With 3D CGI Art Style
:c
Luke... you can't suffocate from a mask.