Himbo is a slang term for a muscular, kind-hearted but oblivious and unintelligent male. The word is a portmanteau of “Him” and “Bimbo,” a derogatory term for an attractive but unintelligent woman. Unlike “Bimbo,” “Himbo” is more often used as a backhanded compliment, appreciating the kindness and physique of a man despite their lack of intelligence. It has developed as a trope in pop culture and several pop culture characters have been identified as “himbos.” In June of 2020, the term became the subject of jokes and news coverage after an outlandish tweet claimed the term was “ableist” and that being attracted to “Himbos” was akin to pedophilia.

The first known instance of the word “Himbo” appeared in a Washington Post article in 1988, describing a man as a “macho himbo who strutted the Croisette wearing a 16 foot python like a stole around his shoulders and neck.” Merriam-Webster defines “Himbo” as, “an attractive but vacuous man.” On February 23rd, 2020, user Beachbot uploaded a definition to Urban Dictionary which read, “Generally, a large (broad, tall, or buff) attractive man, who tends to be not very bright, but usually extremely nice and respectful. Think Kronk from The Emperors New Groove, or maybe a golden retriever.”

In 1995, CNN interviewed several actors to whom the term may apply such as Keanu Reeves and Sylvester Stallone. In 2012, GQ noted several examples of the trope in popular culture, citing Magic Mike, characters in 30 Rock, Parks and Recreation, New Girl, Friends and Seinfeld. On January 17th, 2019, Twitter account @yourfavesahimbo launched, pointing to several characters from popular culture for whom the term is applicable, including Joseph Joestar and Luka from Bayonetta. 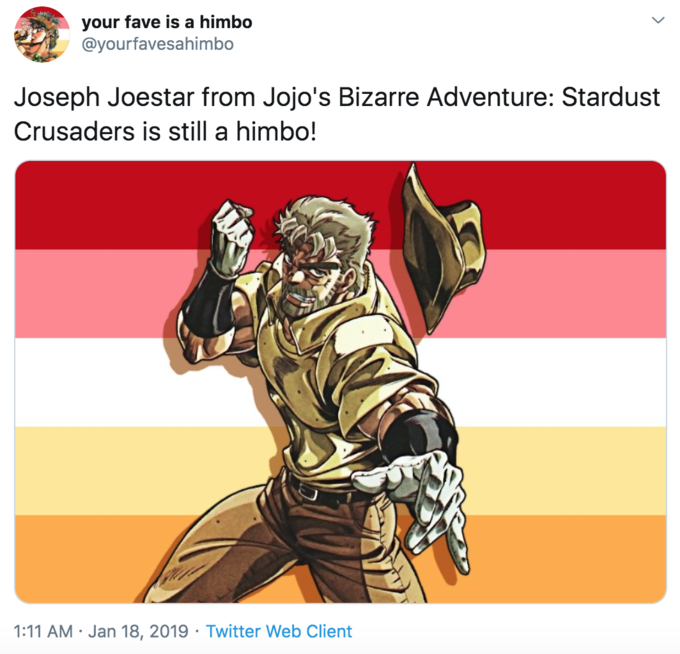 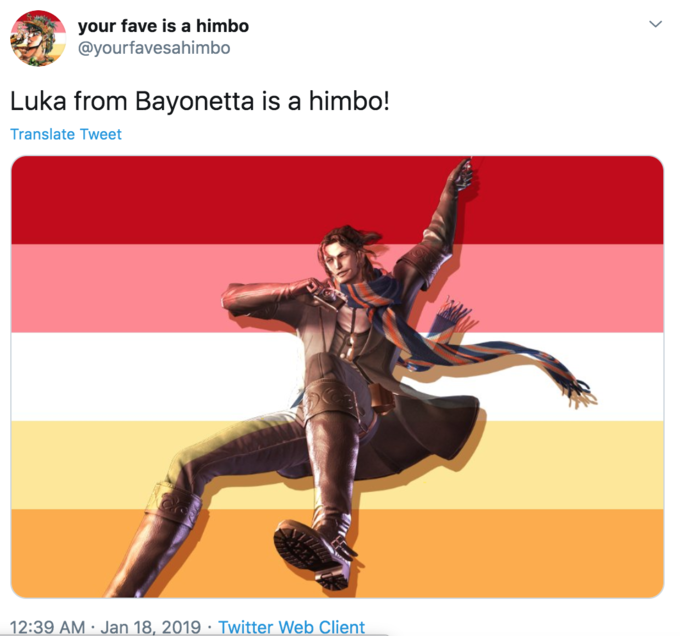 On February 14th, 2020, YouTube channel “experiences” talked about the word in a video that gained over 61,000 views (shown below). As of June 23rd, 2020, the “Himbo” tag on TikTok has over 3 million views.
“Himbo” discourse was also popular on Tumblr. On February 21st, 2019, user theramblinganalyst called for more Himbos in pop culture (shown below, left). On November 25th, user scottlawsins posted rules for what constitutes a Himbo, and user agreyeyedgirl posted a chart illustrating the rules (shown below, right). 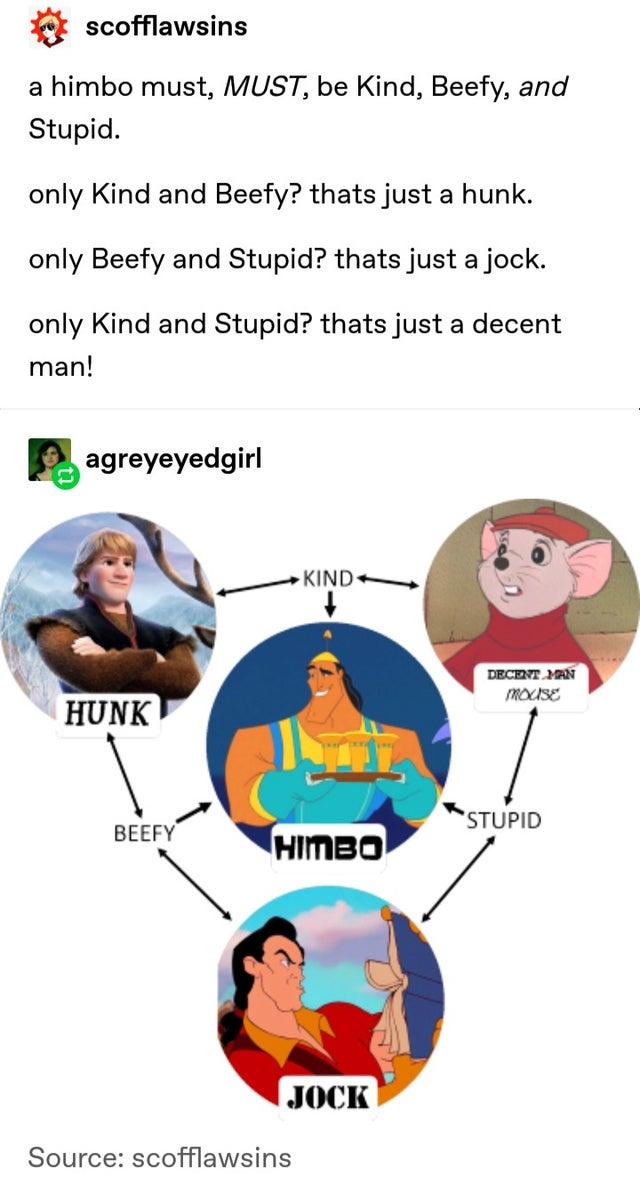 “‘Himbo Is Ableist” Tweet”:/memes/himbo-is-ableist-tweet refers to a tweet posted by @fangirlJeanne which argued that the term “Himbo,” defined as a muscular, kind-hearted but dumb man, is “ableist” because fetishizing a lack of intelligence is “predatory” and akin to preying on “underage kids.” The tweet was widely mocked on Twitter for being an outlandish, galaxy brain hot take.

On June 21st, 2020, Twitter user @fangirlJeanne tweeted, “‘Himbo’ is ableist. I find fetishizing someone’s supposed lack of intelligence to be predatory. Why would you desire someone who seemingly has less power than you? Why is that sexy? Why is that different from praying on underage kids? It’s not,” gaining over 2,700 retweets and 240 likes, a ratio which indicates most of the retweets were from people sharing the tweet with commentary.

Some Twitter users anointed it one of the best tweets to have appeared on the site, akin to Stop Appropriating Daddy and “Suckin dick while my man plays 2k”. User @imbobswaget wrote, “god that himbo tweet is truly joining the pantheon of greats tweets like don’t appropriate daddy and it’s good that small boy was eaten by an aligator” (shown below, left). User @Boringstein wrote, “himbo tweet the best tweet on this website in nearly half a decade,” gaining over 80 retweets and 1,100 likes (shown below, right).

The tweet led to a slew of articles covering the Himbo phenomenon, including pieces from Mashable, Jezebel, and Vice.

Twitter Users Use The Vogue Challenge To Comment On Vogue's Lack Of Diverse Models
so that was a fkin lie
100.000.000
classy indeed