Editor’s Note: This article first appeared in the August 2020 issue of Meme Insider, a magazine covering memes and other internet phenomena. You can subscribe here.

When Ellie kissed that girl in the 2018 E3 trailer for The Last Of Us Part II, everyone knew what was coming. In the past, there have been similar backlashes from certain segments of video game and movie audiences. Brie Larson, star of the superhero film Captain Marvel, drew backlash after promoting diversity among film critics by stating, “I do not need a 40-year-old white dude to tell me what didn’t work for him in ‘A Wrinkle in Time.’” The first-person shooter game Battlefield V similarly drew criticism from those who felt placing British women in World War II combat was not historically accurate.

When backlashes like these occur, a number of things tend to happen in lockstep. Those outraged make forum posts and rally the like-minded. YouTubers rant in 20-minute-long screeds. Sometimes a Change.org petition appears. Soon after, articles begin appearing on various news sites condemning the “trolls,” often amplifying the outrage.

Then comes the review bombing, in which internet users flock to review sites, such as Metacritic and Rotten Tomatoes, to submit low scores as a form of political protest. To some, the low scores validate the slogan “get woke, go broke,” which speculates that companies who promote political correctness will face financial ruin. In some cases, those who have been unaware of the backlash eventually push the score back up and the controversy typically dies out soon after.

Some of what happened with The Last Of Us Part II can be traced to the game’s 2018 trailer, in which Ellie can be shown kissing the character Dina. This shouldn’t have come as a shock, since Ellie’s sexuality was revealed in the “Left Behind” DLC for the original game when she kissed another female character, Riley. However, some people accused the trailer of pushing some sort of “agenda,” starting a small backlash to a game that wouldn’t be released for another two years.

The months leading up to the game were fraught with sharks smelling blood in the water. In April 2020, major plot points and cutscenes were leaked. This introduced the world to the character of Abby, the game’s controversial deuteragonist, and many fans of the series were not keen on her. The muscular, aggressive character became the perfect punching bag for fans ready to tear the game down. Soon, various Abby scenes were the subject of “redraw” memes on 4chan, with users drawing over her with other characters from media franchises. Many were very funny, but a harbinger of the depressing stories to come. 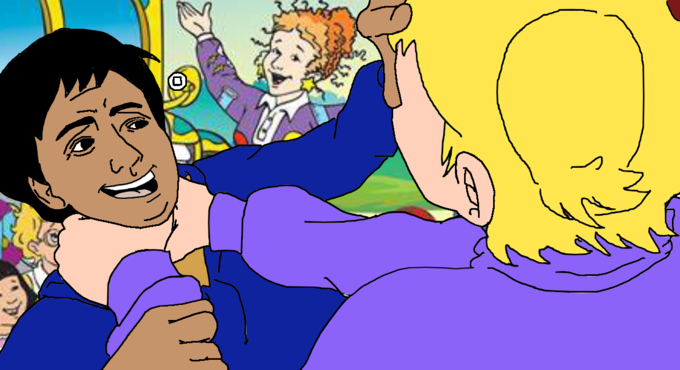 The Last Of Us Part II finally released in late June and met with the expected review bombing, at one point netting a user score on Metacritic of 3.4 out of 10 (critics, meanwhile, gave the game an aggregate score of 94/100). While some negative reviews focused on various ills of the game, expressed disappointment with the storytelling and condemned Naughty Dog putting its employees under a rumored tremendous crunch, the vast majority of the negative reviews were the sort of obvious submissions brought on by a review bomb campaign. Nevertheless, the user scores themselves turned into a meme, as people gloated that various gaming disasters were apparently more liked than The Last Of Us Part II.

Things turned sour when on July 3rd, Abby’s voice actress, Laura Bailey, reported receiving death threats because of her involvement with the character. The story sucked the life out of any fun there was to be had in dunking on The Last Of Us Part II. Naughty Dog condemned the harassment and folks who otherwise were having fun with the whole fracas suddenly became very stern about the whole ordeal. The user review scores steadily climbed too, and while the game had only just come out, it’s safe to say the world is past the height of the backlash to The Last Of Us Part II. To many, the joke had been played out.

It’s difficult to imagine why after so many similar outrage cycles, the same story continues repeating itself. It always seems to end with a slow fizzle, and the subject of controversy probably gets more attention than it would have otherwise. You would think that after so many similar stories, culture would stop bothering to engage in this seemingly endless war that’s resulted in numerous stalemates across countless battlefields. And yet, it continues unabated, because, in a way, the culture war itself has become a meme. 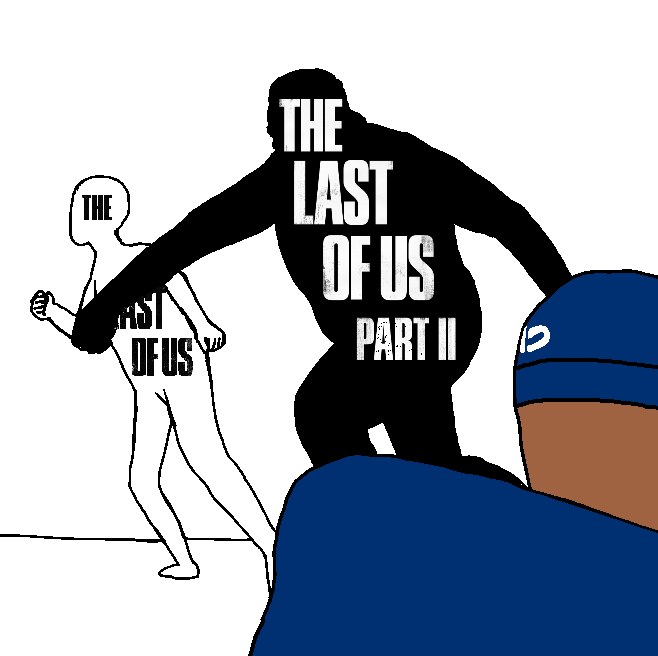 Though memes are commonly associated with various joke templates such as image macros or video clips, at their core, memes are ideas that grow stronger with popularity and evolve based on context. In the case of The Last Of Us Part II, Captain Marvel, Star Wars, and any number of subjects for the same culture war, the origin stems from the Gamergate controversy, a 2014 backlash centered around video game culture, that exploded into a bevy of content, whether that be pro-Gamergate memes, anti-Gamergate memes, YouTube explainers and overly verbose op-eds. If Gamergate itself could be considered a meme, the battles we’ve seen repeated over and over have been variations on what happened there, often featuring the same online communities and themes.

The Last Of Us Part II is certainly not the last time we will see this sort of battle play out, and it’s difficult to see how it will end. So long as outrage cycles continue to be a boon for all involved, it will rehash itself around virtually any piece of pop culture that can be seen as aligning with a political agenda. It’s likely that no one battle, no perfect piece of pop culture will end the war forever. Instead, the culture war, like all the battles it’s composed of, will eventually fizzle out too. It will become boring, even passé to engage in this sort of battle, depriving it of the oxygen it needs to survive in the digital landscape.

Regice Isn't Real, He Can't Hurt You
Quarantine And Chill Trends On Twitter
This Day In Meme History: Chubby Bubbles Girl
But it's worth friendship