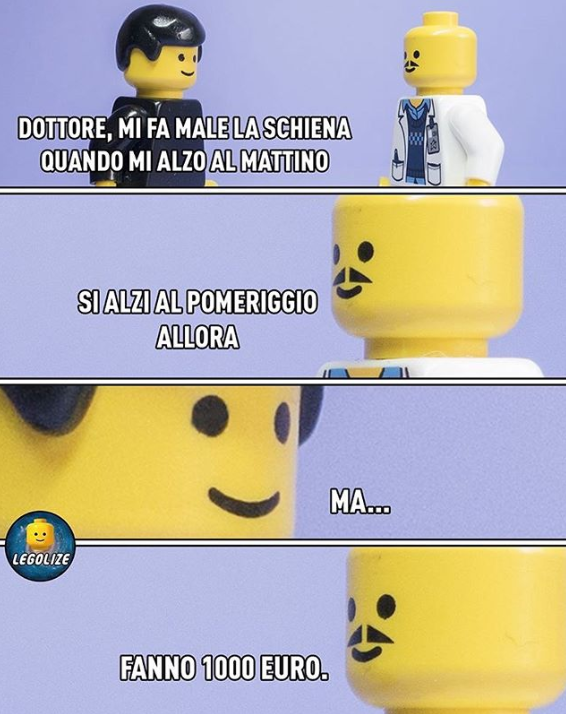 Lego Doctor refers to a multi-paneled image macro of a Lego doctor conversing with a patient before handing him the bill. The image macro spread from Instagram to Reddit and Twitter in June 2020 and is typically labeled with captions regarding high medical bills.

April 13th, 2020, Instagram account Legolize_official posted the original meme and template in Italian to their page that is devoted to their own lego memes (shown below). The image gained over 62,530 likes in two months.

On May 6th, 2020, Redditor Akkomann posted a variation to r/me_irl which is a direct translation of Legolize_official’s Instagram post (shown below, left). The post received over 58,300 points (90% upvoted) in one month (shown below, left). On June 6th, Redditor AJ7123 posted the format to r/funny in which the doctor is labeled Google and he hands out advertisements (shown below, right). The post received over 44,900 points (93% upvoted) in 13 days. 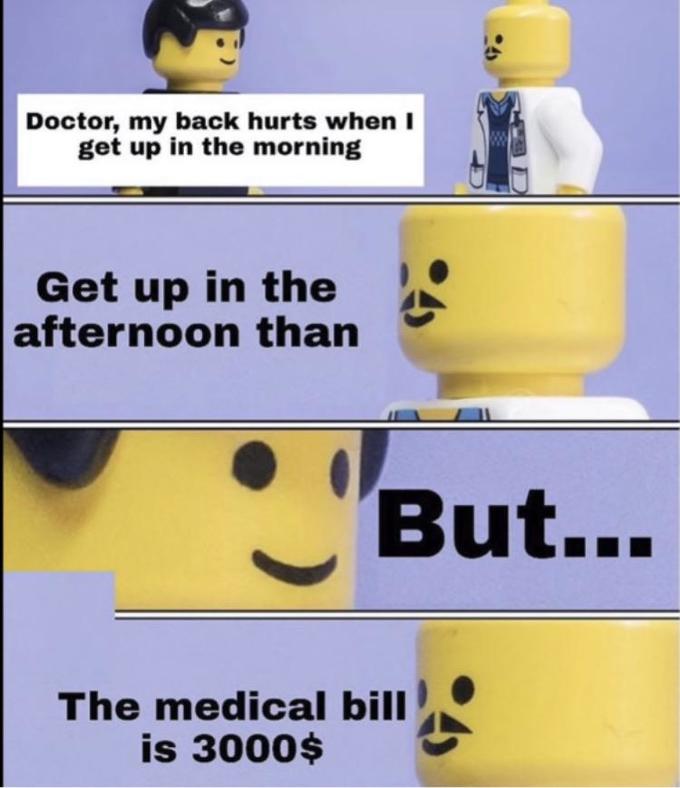 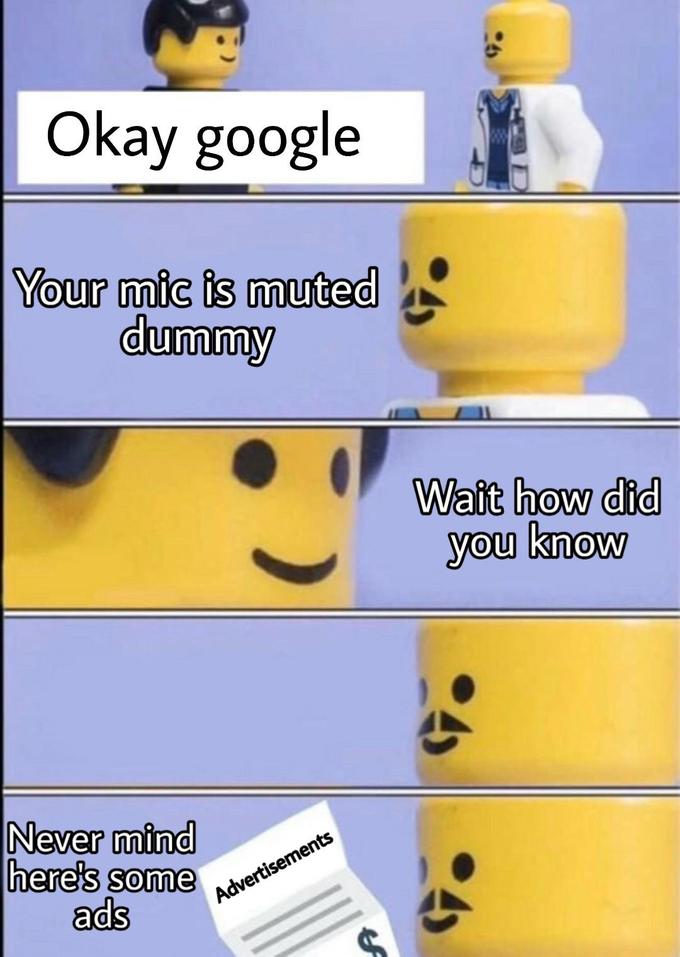 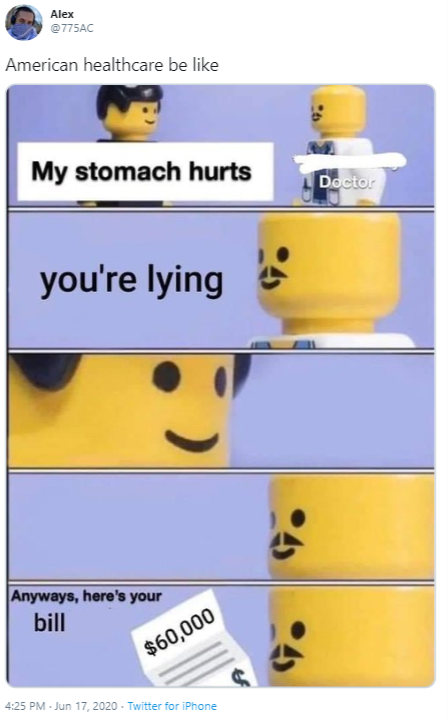 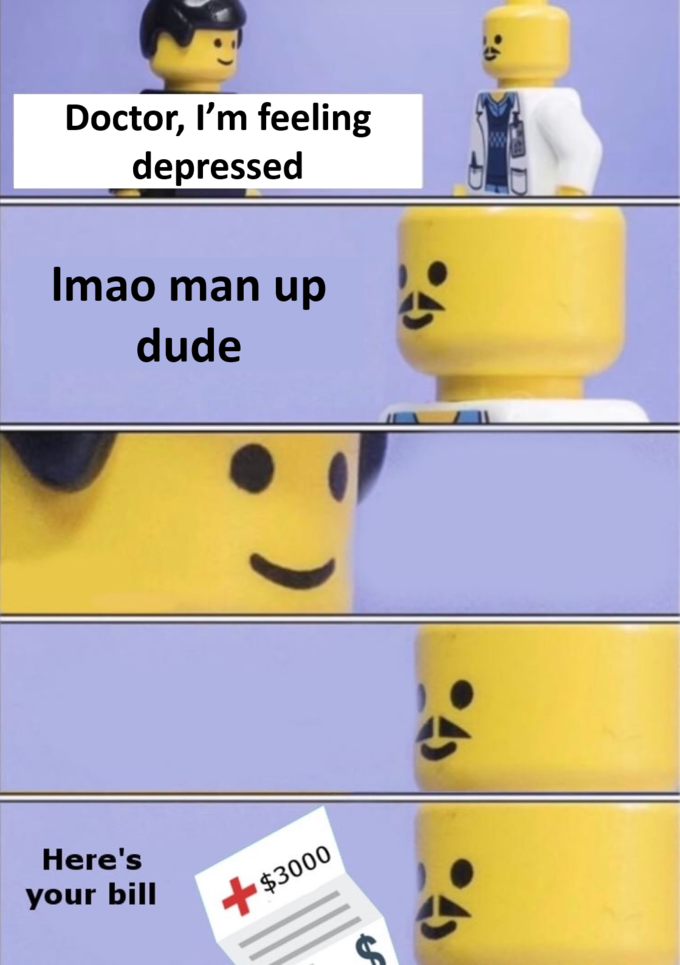 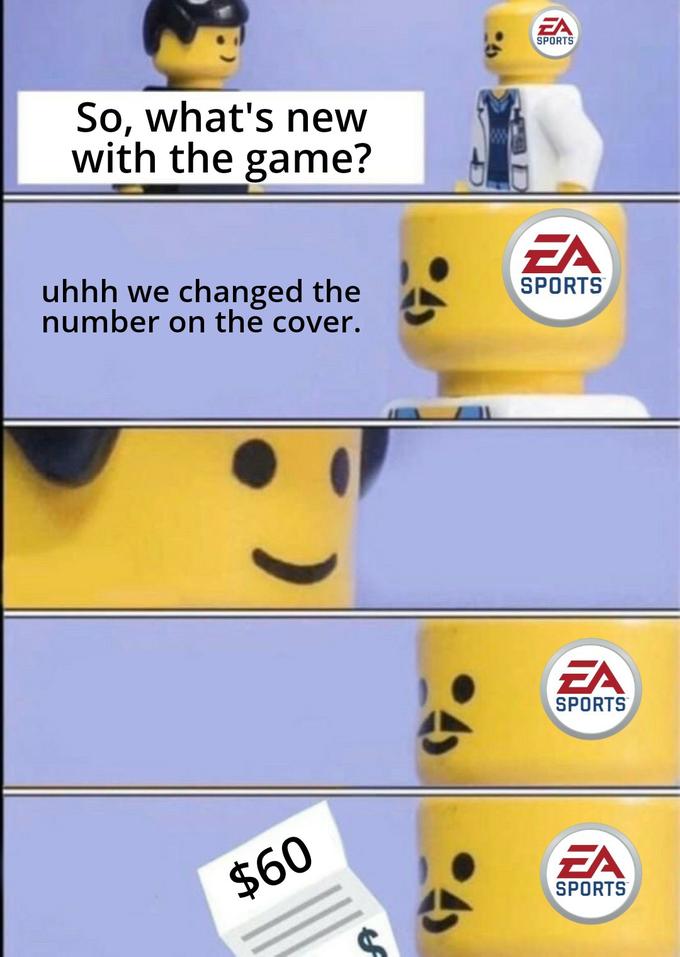 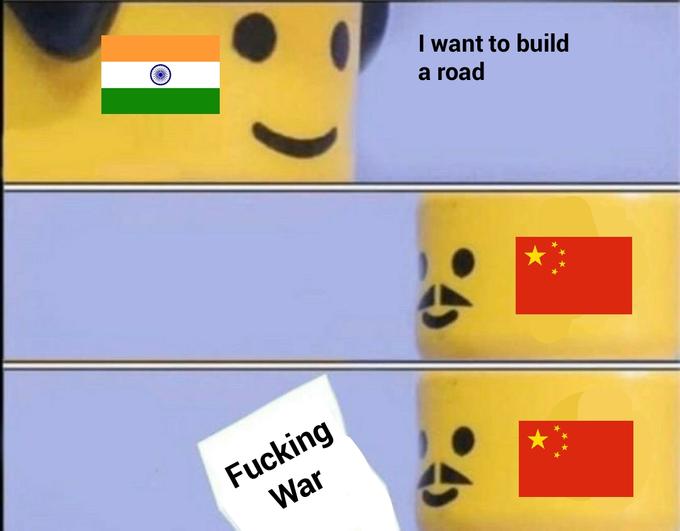 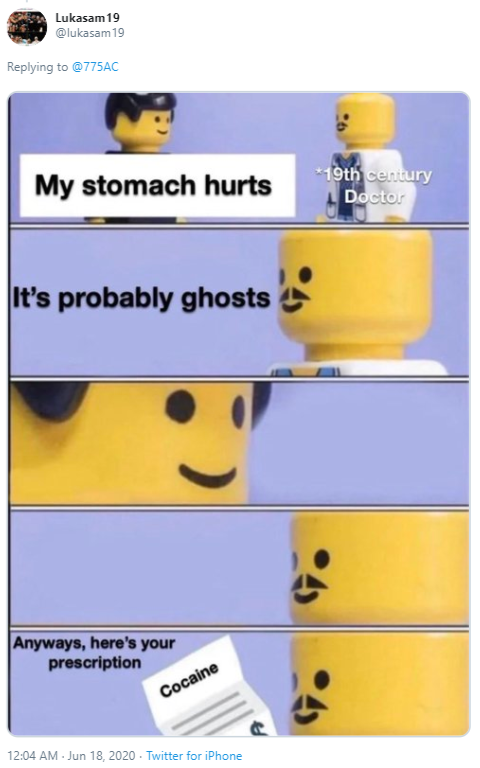 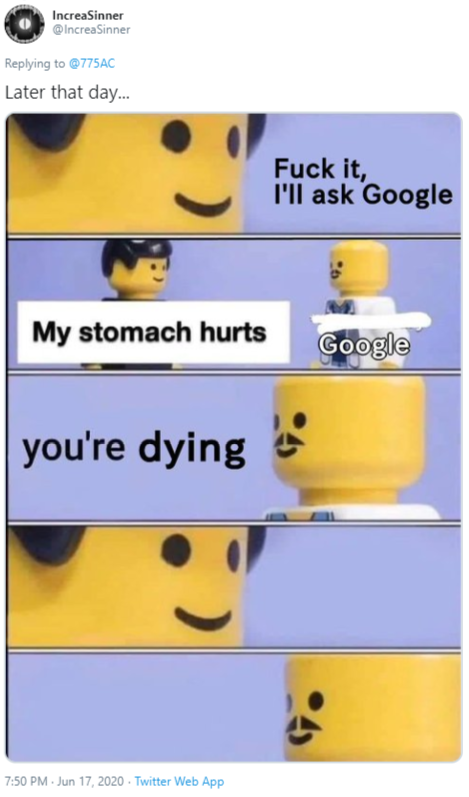 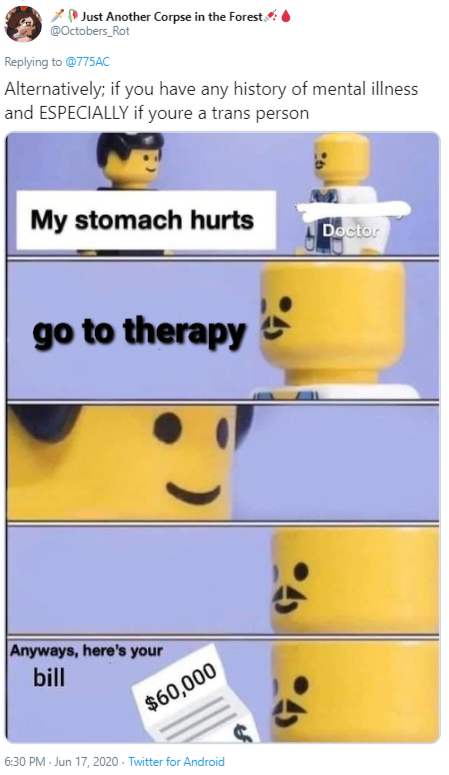 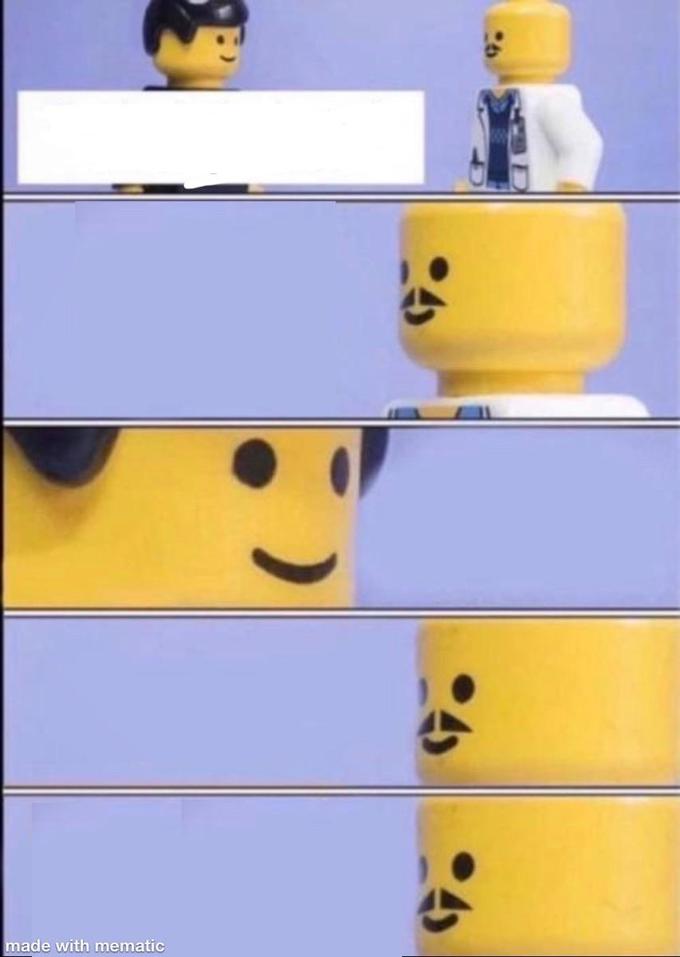 Hail To The King, Baby
Money in the M'fing bank!!
Be Careful What You Wish For
Ohhhhhh