Marble Hornets, sometimes abbreviated as MH, is a horror web-series started on Youtube in 2009. Created by Troy Wagner and Joseph DeLage, the series garnered notoriety due to its usage of the Slender Man mythos, which would later become popular in the early 2010s, along with incorporating ARG story elements. Since its inception, the series has been considered notable as an inspiration for other Slender Man-based web-series such as EverymanHYBRID and TribeTwelve, along with receiving praise for its story-telling methods.

The series centers around Jay Merrick, a film school student who investigates the production of an unfinished student film being directed by his friend Alex Kralie, who had cut off contact with him some time ago, named Marble Hornets. Three years prior to the start of the series, Alex would cancel the film despite being only two months into production. Before cutting him off, Jay would be given a series of video tapes by Alex containing raw footage of the film and telling Jay to never make mention of the tapes to him ever. However, as he watches the tapes, an unknown evil force begins to track him with every upload.

Marble Hornets was created by Troy Wagner and Joseph DeLage and its Youtube channel was created on June 19, 2009. The next day, the channel uploaded its first video, “Introduction” (shown below) which kicked off the ARG. In the video, roadside footage is playing along with white text which explains the mysterious circumstances of a film project titled “Marble Hornets” and the happenings to the cast and crew for it. Since uploading, the video has garnered over 5 million views.

On July 22nd, 2009, the affiliated channel to the series totheark was created and subsequently uploaded its first video to Youtube, titled “Regards” (shown below, left) in response to the ninth episode in the series (shown below, right). The video, featuring the coded message “LOOK CLOSELY” would garner over 699,000 views in the following years.
The series would run for 3 seasons across 133 different videos, including 87 official entry uploads and 39 accompanying totheark responses.

On June 20th, 2014, slightly over five years since the series started, the final episode of the series “Entry #87” was uploaded to Youtube.

Clear Lakes 44 was a spin-off of Marble Hornets that started on August 3rd, 2015 before its abrupt cancellation due to the creative team splitting up and Troy’s disillusionment with the direction of the series. It only consisted of 13 short broadcasts uploaded to the Marble Hornets channel that lasted only a few minutes. The series is now currently unlisted, though a playlist containing all videos in the series can be found here.

On September 25th, 2016, those who entered their email onto what was a site for the Clear Lakes 44 ARG received an email that the in-universe company Clear Lakes Communications would be bought by an unknown owner. 4 days prior, the Marble Hornets Twitter, then going under the Clear Lakes 44 name, tweeted out the phrase “i see with new eyes”. On October 13th, a new spin-off called ECKVA was started with the uploading of a video titled “ECKVA1” on its channel “eckvanet”. To date, the channel has uploaded 18 public videos. On February 7th, 2020, Troy announced a prequel book to ECKVA titled ARKListener would be arriving in March, though this is thought to be delayed.

In 2015, a film spinoff of the series titled Always Watching: A Marble Hornets Story was released, first to video on demand services on April 7th followed by a limited release to theaters on May 15th. Directed by James Moran, it received negative reviews upon release, receiving a 4.7/10 rating from over 2,000 users on IMDb. Horror Youtubers were also negative towards the film (examples shown below).

On December 27th, 2017, Troy teased towards a Marble Hornets-related project posting a picture of a mask belonging to an unknown figure from Entry #26, teasing towards a reveal for next year (shown below left). On January 12th, 2018, Troy announced on his blog the development of a 5 issue comic book series written by him and with art done by Jackie Reynolds. Acting as a continuation of the webseries, the first issue, subtitled “Regards” was originally meant for release in December of that year, though was delayed to February 25th, 2019 as a digital format, with a print issue following a few months later on April 8th (cover shown below, right). 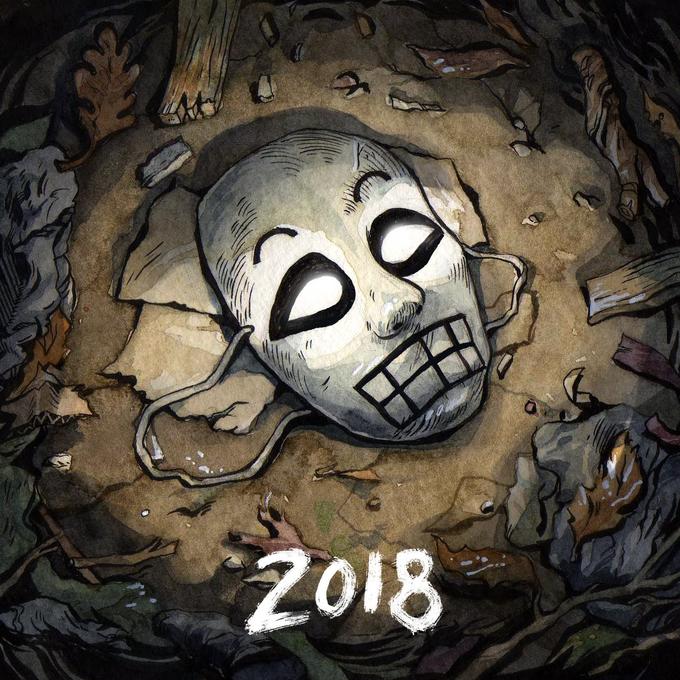 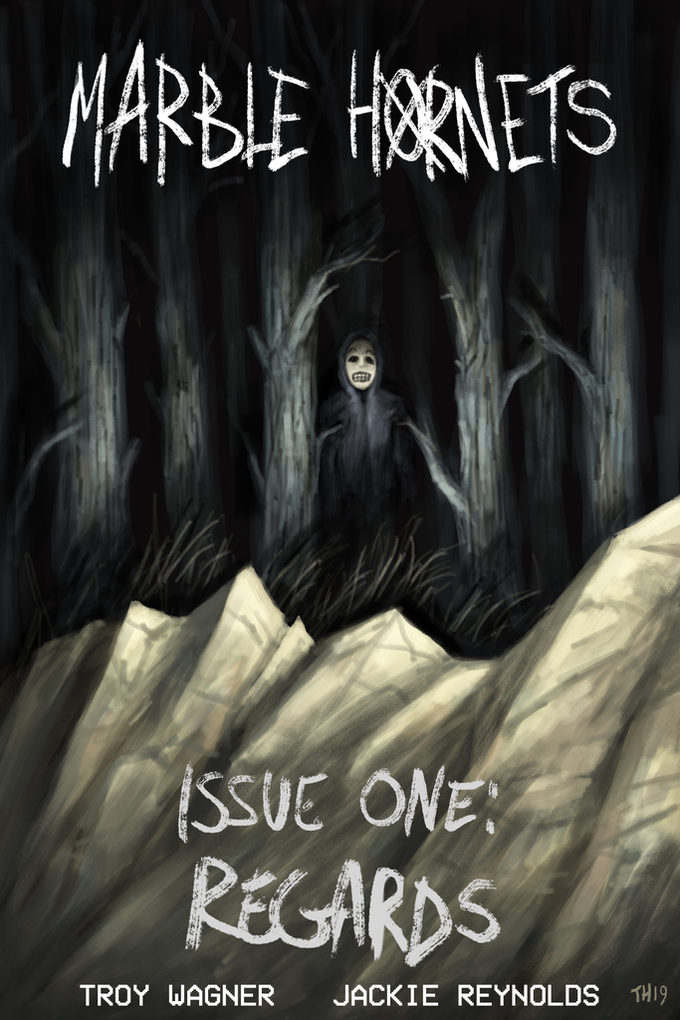 On May 12th, 2019, a Kickstarter to fund the creation of the remaining books in the series, with stretch goals including a complete one book copy of the five issue series, an exclusive art print, and a standalone totheark comic. The campaign raised over $28,000, exceeding its initial goal of $10,000 dollars, and its second issue, subtitled “Eyes Open” was released on February 29th, 2020.

Marble Hornets had a large impact in popularizing the Slender Man mythos and character, with it most likely being the first Slender Man webseries on the internet as the series was started nine days after SomethingAwful user Victor Surge posted the original two images of the character. The popularity of the series would eventually lead to other Slender Man web series being created by other people, such as Adam Rosner’s TribeTwelve (shown below, left), and EverymanHYBRID, which integrated the character The Rake into its continuity (shown below, right).

Marble Hornets also helped in pioneering and establishing common tropes seen within the Slender Man mythos such as the Operator symbol, depicted as a crossed-out circle (shown below, left), human proxies, and audio/video distortion when seen on camera (shown below, right). The latter was implemented heavily in the free 2012 indie horror game Slender: The Eight Pages, developed by Mark Hadley under the name Parsec Productions. Marble Hornets‘ production team would later be involved in writing the script for the game’s sequel Slender: The Arrival in 2013, developed by Parsec Productions in collaboration with Blue Isle Studios. 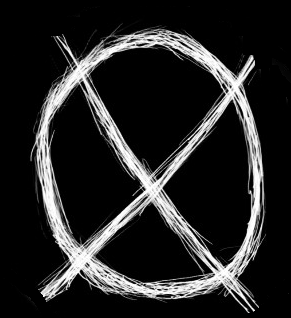 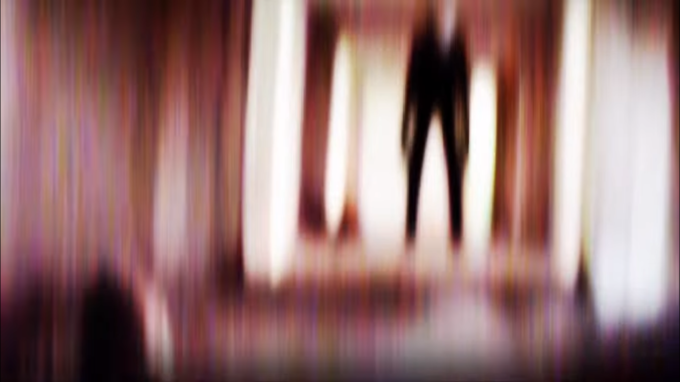 The official Twitter page for the series was started in June 2009 and would later go on to accrue over 50,000 followers in the following decade. The affiliated account for ECKVA, @SHawkins1926, has garnered over 6,000 followers since October 2016.

Since its release, Marble Hornets been the subject of praise and has remained a staple on the internet. Marble Hornets has been praised by film critic Roger Ebert, who linked the series on his Twitter account. The series has a TVTropes page, a subreddit, and 2 fan wikis. The series continues to have a following online, as mentioned in a 2019 Verge interview with one of the creators, Tim Sutton, who writes “The series transcends generations; many Gen Z kids are friending and following the Marble Hornets creators today. “The fan base has been getting gradually younger,” Sutton said. “I get a lot of messages from kids that are like 14 and under. I got a comment on one of my Instagram posts the other day that said they were 11, and I was like, ‘Are you kidding me?'”. Popular YouTuber Night Mind, who specializes in unfiction and ARGs, has released a multipart explainer series on Marble Hornets, the first part having over a million views (shown below). The series to date holds an 8.2 on IMDb. 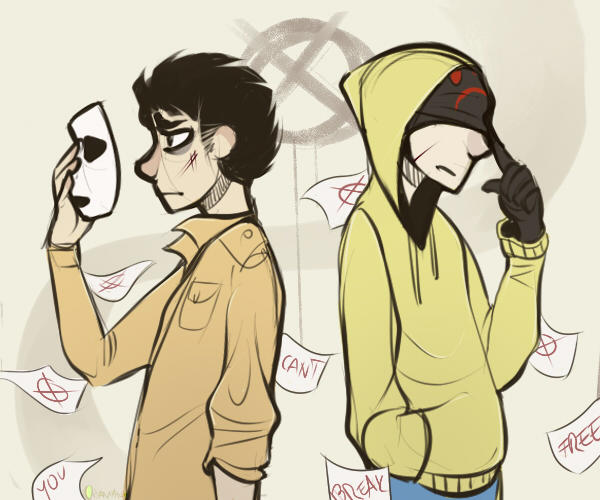 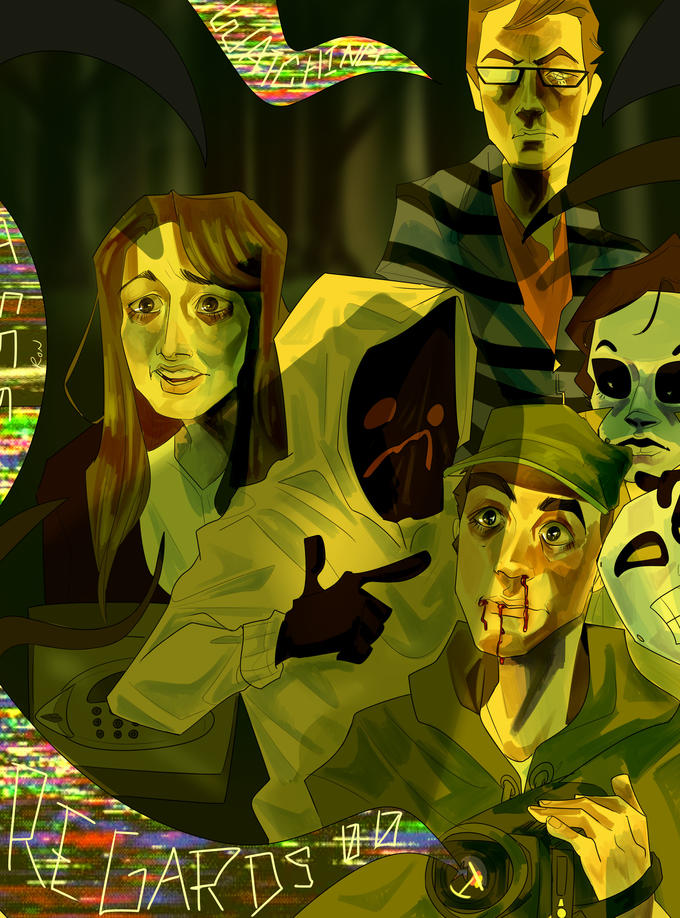 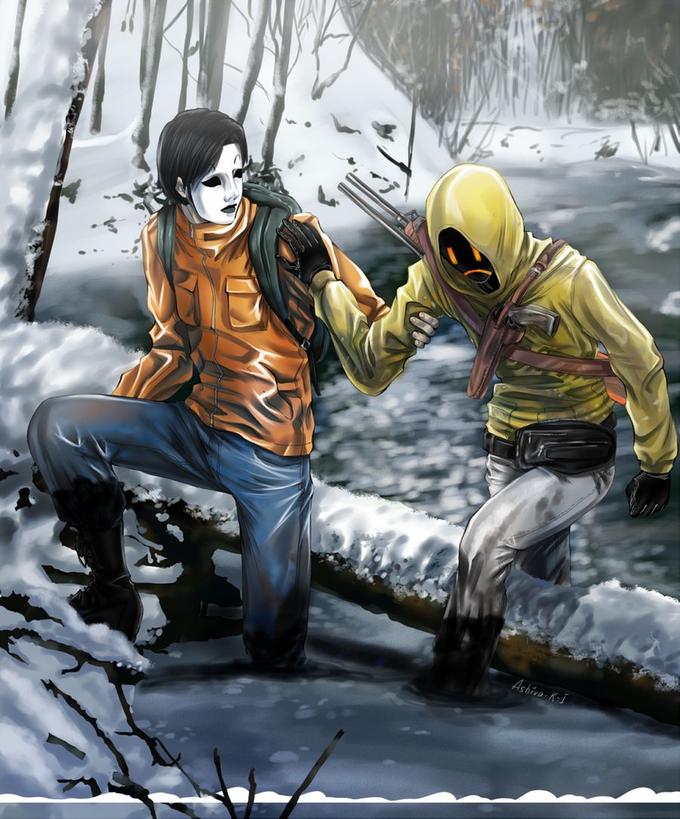 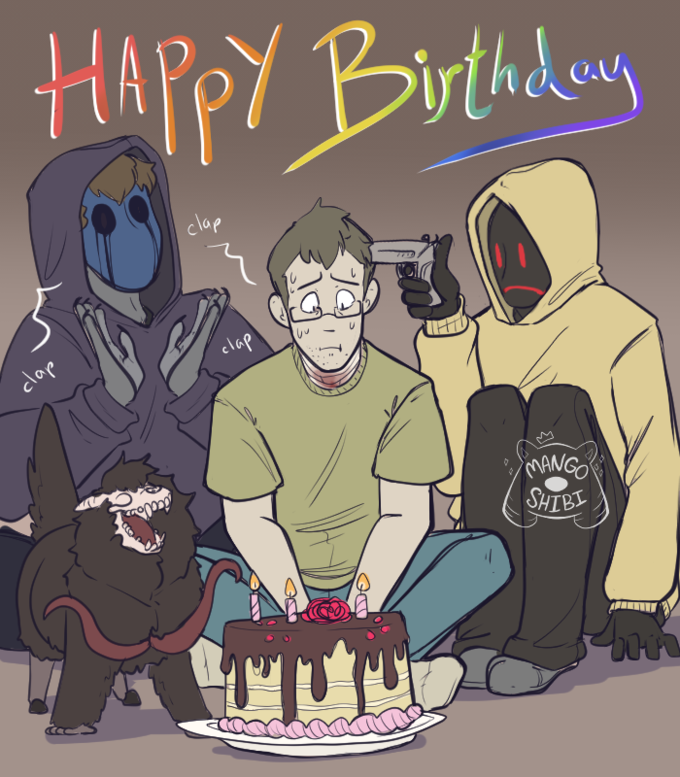 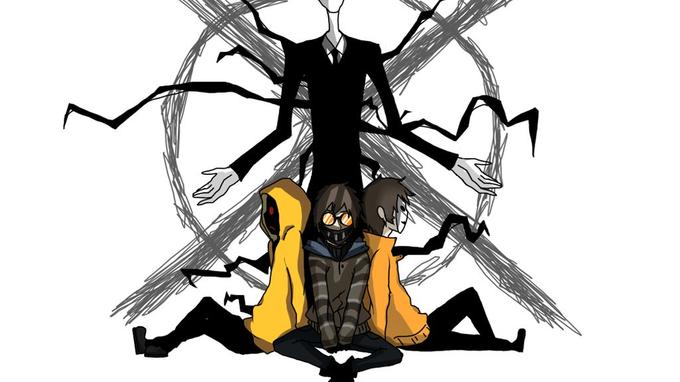 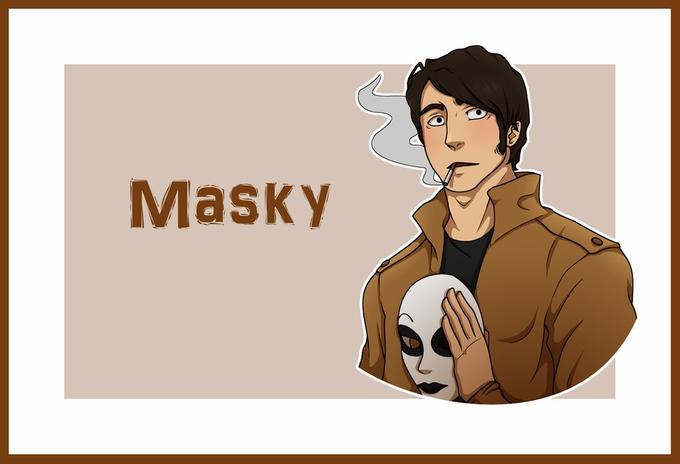 True story
Rebecca Black Celebrates 9th Anniversary Of "Friday" With Viral Tweet
Rose's are red, I'm a disaster,
A meme from the future