All I Know Is That I Must Kill is Image of a Russian servicemember wearing a Maska SCh1 helmet. It is most common used either sincerely or ironically about gamers and their attitudes to games, particularly first-person shooters. It is used in a similar capacity to the Stealth is optional for this mission meme and is related to the Lord Tachanka meme as they both a similar look by wearing the Maska SCh1 helmet.

The predecessor of the meme and origin of the phrase started on /k/. The variation was first uploaded to Imgur on December 21st, 2014 where it has gotten 2,009 views. 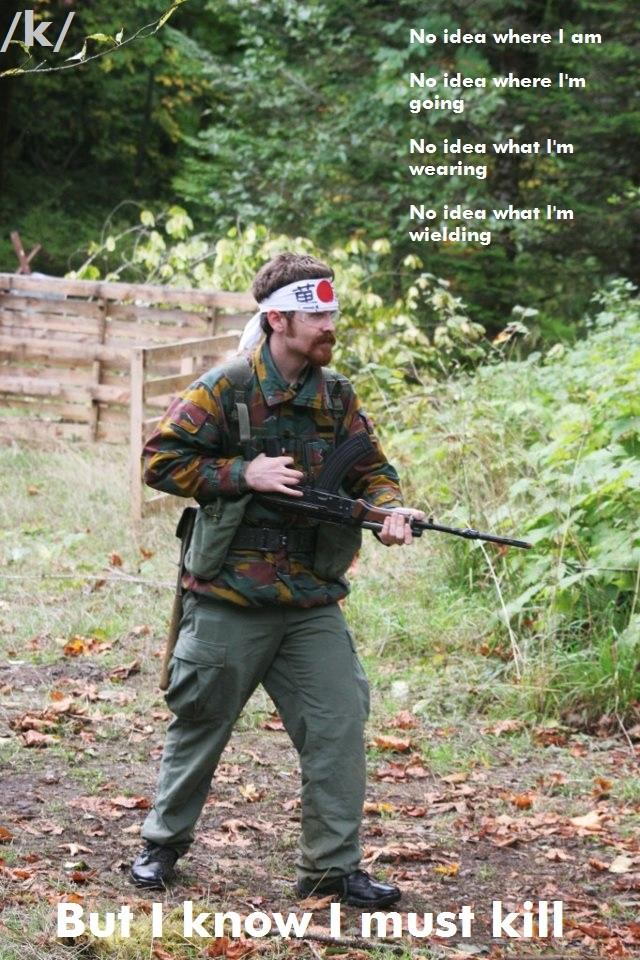 The current format of the meme was uploaded to Imgur on July 17th, 2016, and has gotten 41 views subsequently. 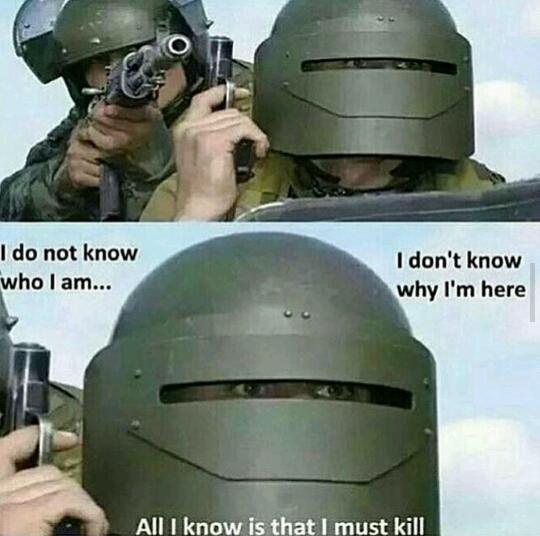 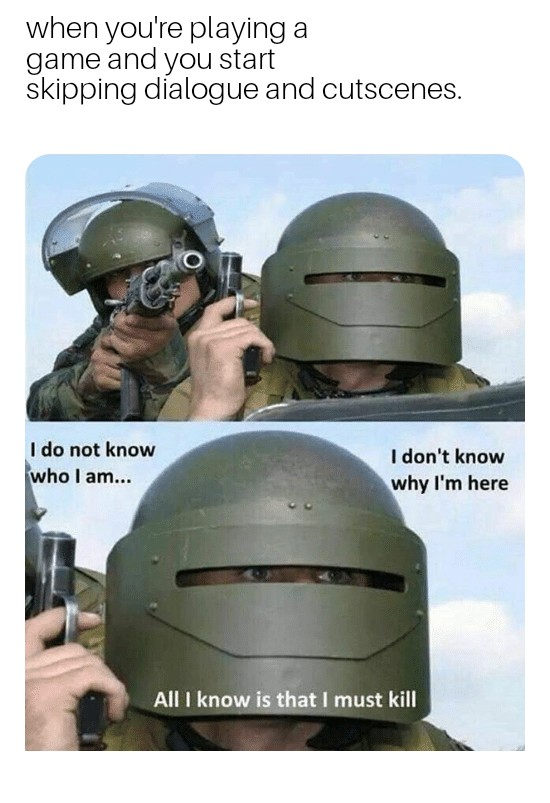 From there it has been used to comment on players perception of playing action-oriented video games as well as how it feels to skip storylines/cutscenes in games. It has also been used ironically to comment on the the perception of the violence of video games and video gamers by society. For example, on August 9th, 2019, iFunny user Ghetto Posts posted a joke about Nintendogs (shown below, left). The same day, a joke about Pokémon GO was posted to 9GAG (shown below, right). 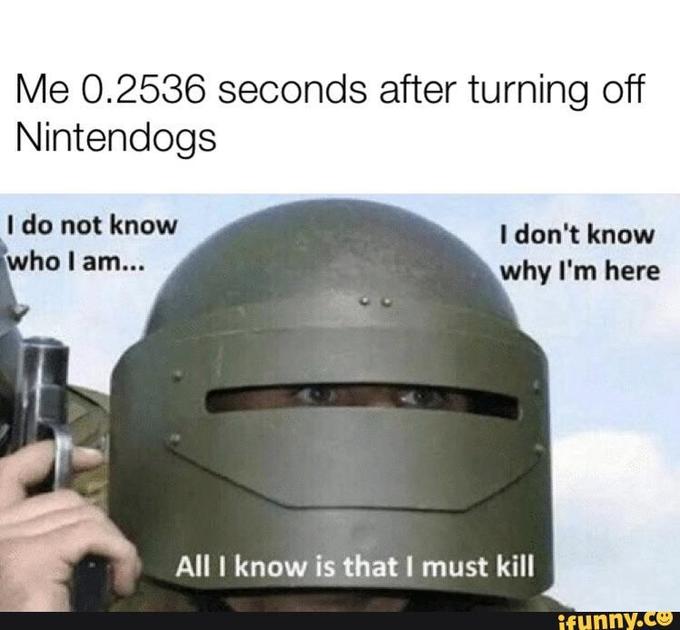 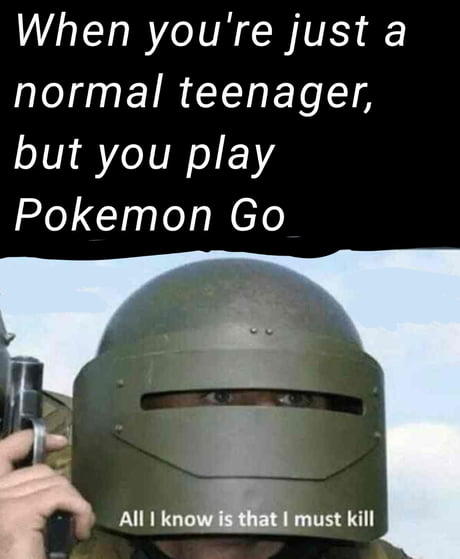 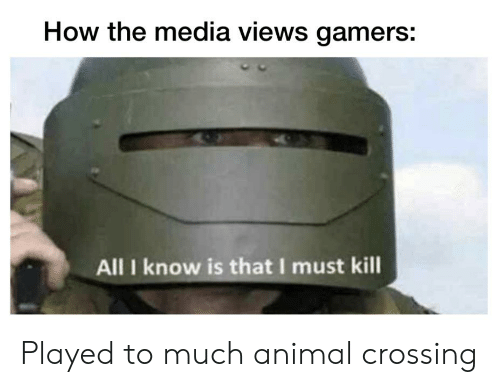 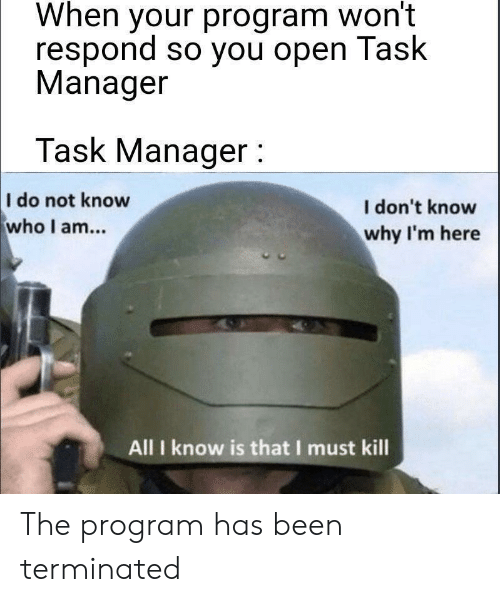 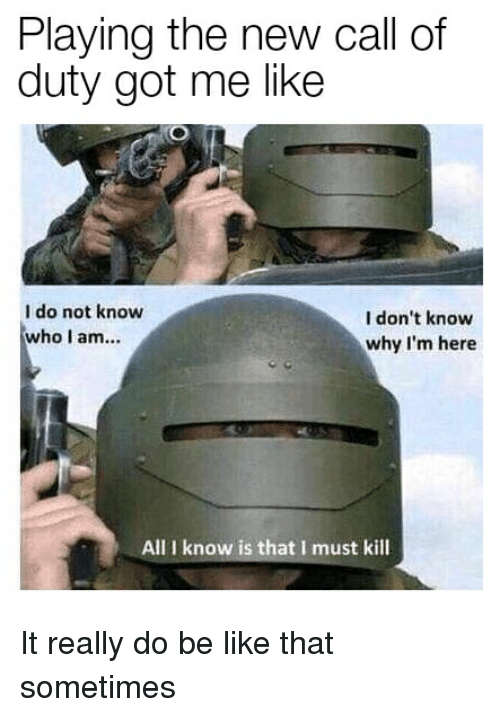 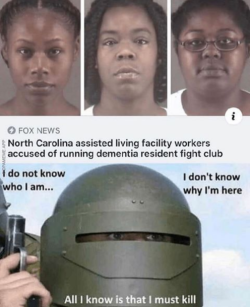 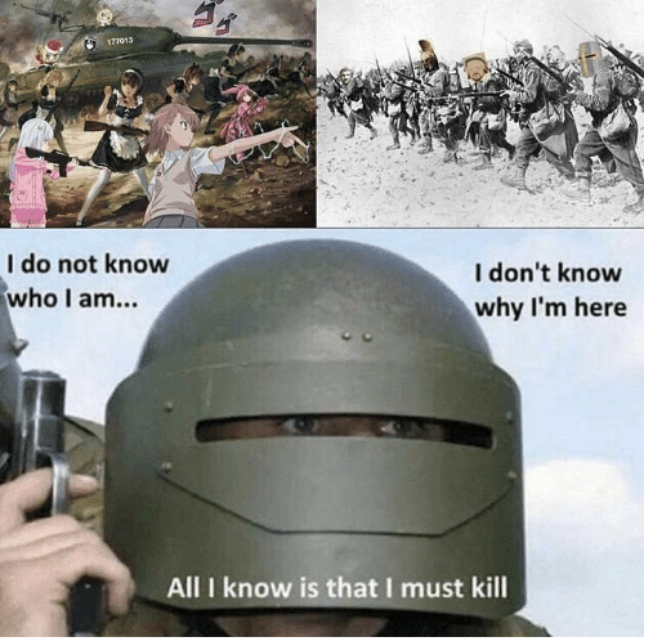 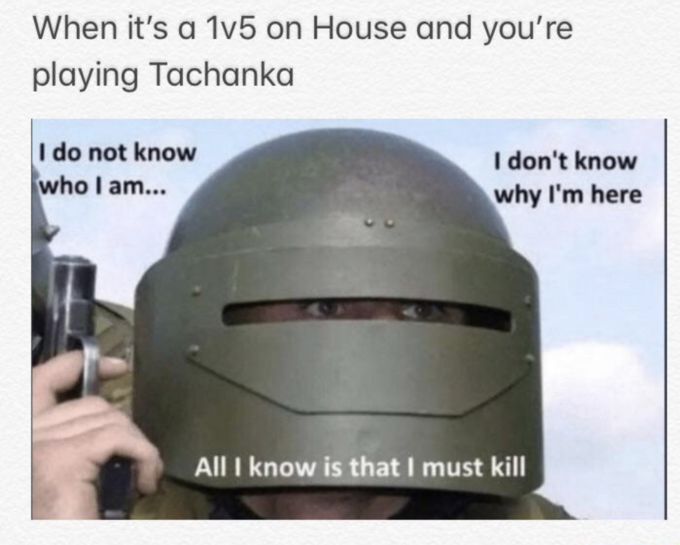