Cheesed To Meet You refers to a pun on the phrase “pleased to meet you” accompanied by an illustration of Pepe the Frog as a mouse. The pun paired with the Pepe Mouse became popular on various websites in August and September 2020.

The first known appearance of the phrase “cheesed to meet you” paired with the Pepe Mouse appeared on August 1st, 2019 in a reply to a thread with an Apu Apustaja cat on the 4chan board /tv/. On August 3rd, a near-identical thread was posted on /tv/ with an anonymous user replying “Uhm, cheesed to meet you?” (shown below). 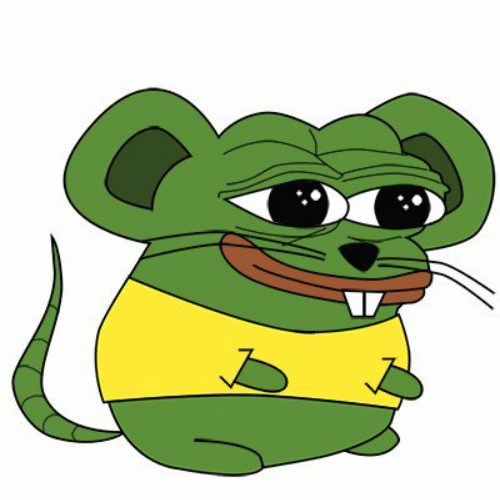 “Uhm, cheesed to meet you?” and the Pepe Mouse did not receive attention until August 2020. Various tweets referencing the /tv/ post were made in early August, but the earliest found screenshot of the reply was not posted until August 10th on Twitter by user @woodsyowle (shown below). The post gained over 150 likes. An August 17th Tumblr repost of the screenshot with the caption “obsessed obsessed obsessed obsessed to death with this image” by user themysteriousmurasamecastle received over 22,000 notes in three weeks. The screenshot was reposted on Twitter by @GaoRush the next day and garnered over 8,000 likes in a similar period. 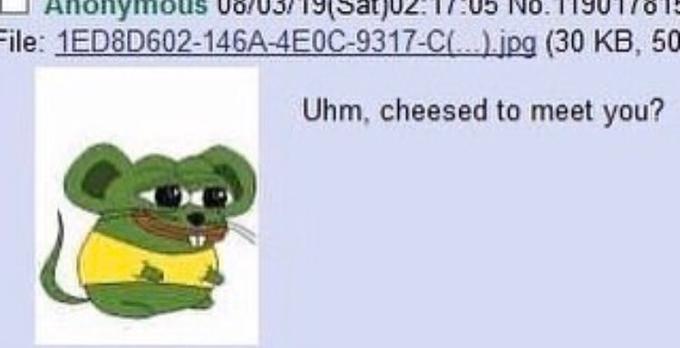 On September 4th, memes involving the “cheesed to meet you” post were covered by the blog Garbage Day and the pop culture / news site Stayhipp. 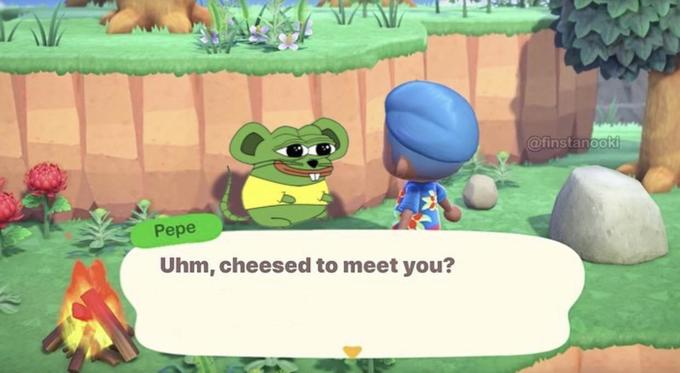 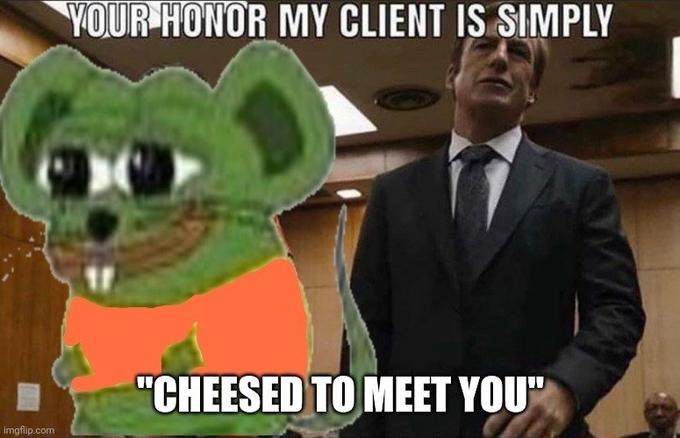 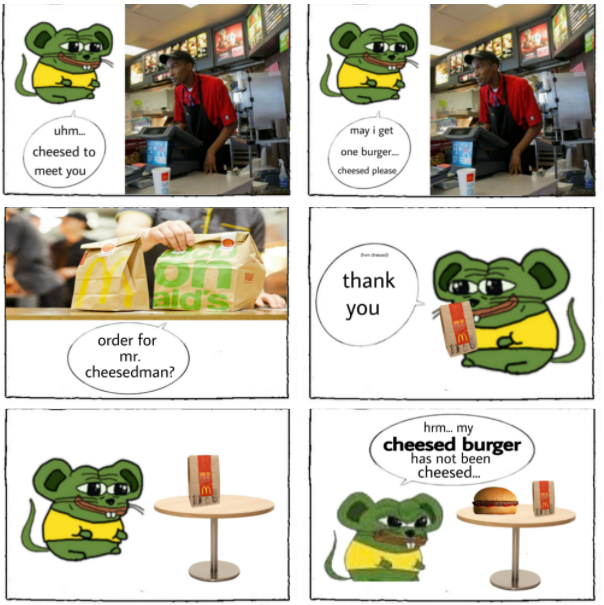 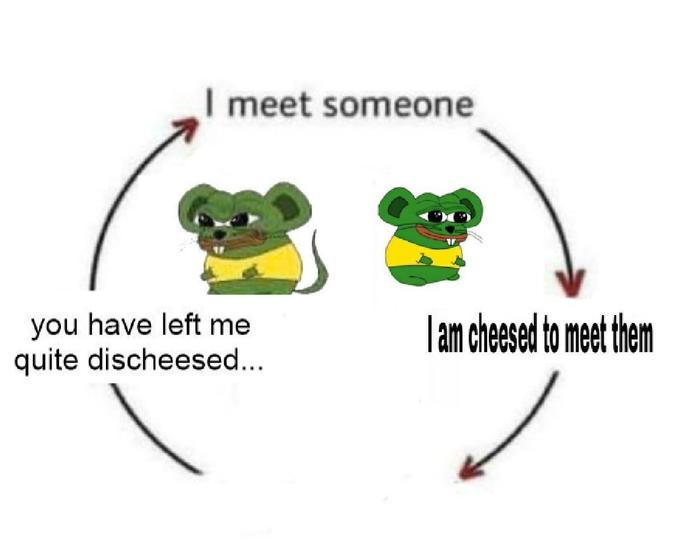 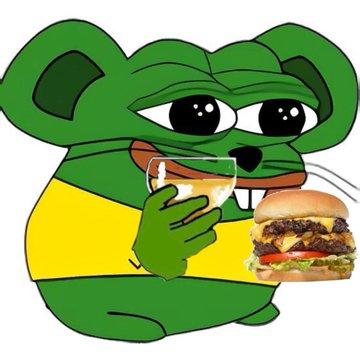 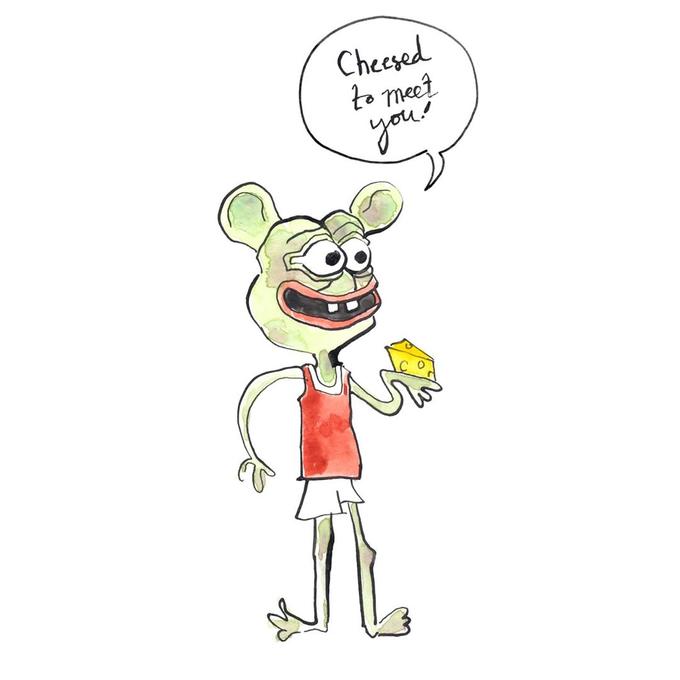