Dogecoin Challenge refers to a TikTok challenge started in late June 2020 to promote investment in Dogecoin to increase its value to one dollar. The challenge convinced TikTokers that if they invest $25 now they will have $10,000 once Dogecoin hit a one-dollar value. The challenge caused Dogecoin to spike in early July.

On June 27th, 2020, TikToker tradertoks uploaded a video saying “what if everyone watching this video went and bought some Dogecoin” (shown below, left). The video gained over 27,100 likes in two weeks. On July 1st, TikToker jamezg97 uploaded a video suggesting the same thing and claiming that if $25 was invested the viewer could make $10,000 (shown below, right). The video garnered over 66,700 likes in a week.

On July 7th, 2020, following after the TikTok videos were widely viewed, Twitter users began commenting on the rising value of Dogecoin. That day, Twitter user @TheCryptoDog posted an Is Fornite Actually Overrated meme referring to Dogecoin which received over 2,400 likes two days (shown below, left). The next day, @dogecoin tweeted, “Be mindful of the intentions people have when they direct you to buy things. None of them are in the spot to be financially advising. Make choices right for you, do not ride other peoples FOMO or manipulation. Stay safe. Be smart” (shown below, right). The tweet garnered over 3,800 likes and 890 retweets in a day. 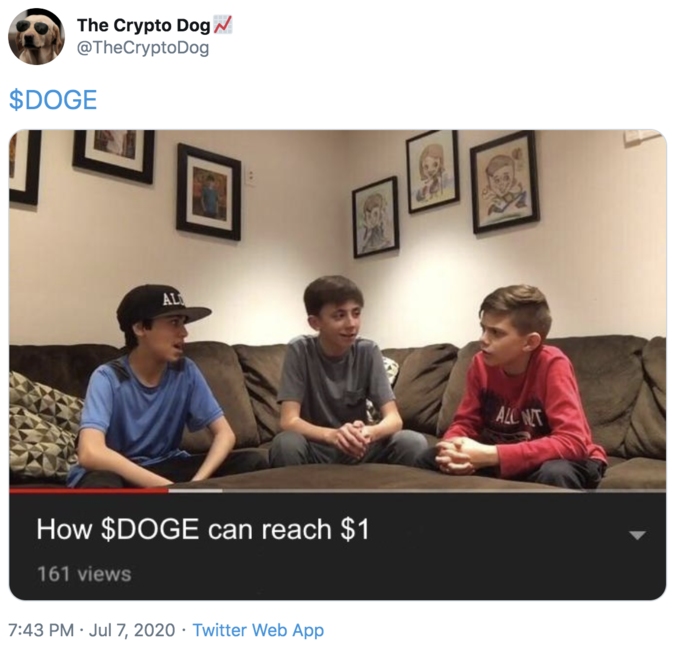 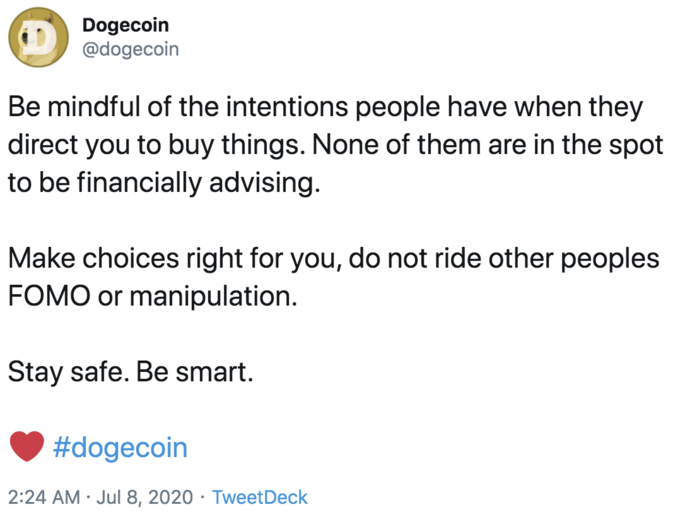 That same day, many Twitter users became tweeting Elon Musk to urge him to invest or promote Dogecoin. Twitter user @osquiat tweeted, “Elon Musk is one dogecoin tweet away from creating generational wealth” (shown below).

TikTokers continued to promote, or discourage TikTokers investing in Dogecoin. TikToker factsceo uploaded a video regarding cryptocurrency in general with the captioned, “Pump #Dogecoin ! jk jk but for real #crypto is the #opportunity of your #lifetime and it’s not too late” (shown below, left). The video accumulated over 50,500 likes in a day. On July 9th, TikToker tradertoks addressed his original TikTok saying that it was a joke and not to buy the hype (shown below, right). Gizmodo and StayHipp published articles on the challenge. 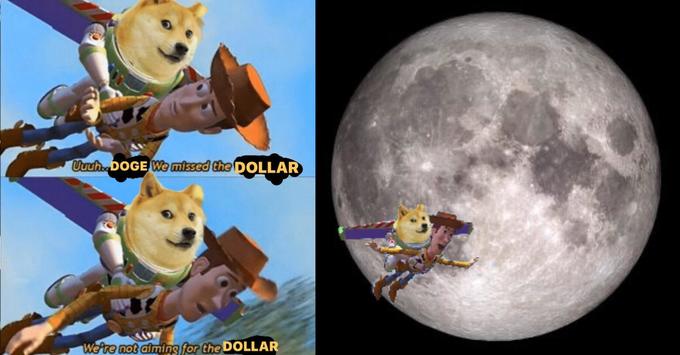 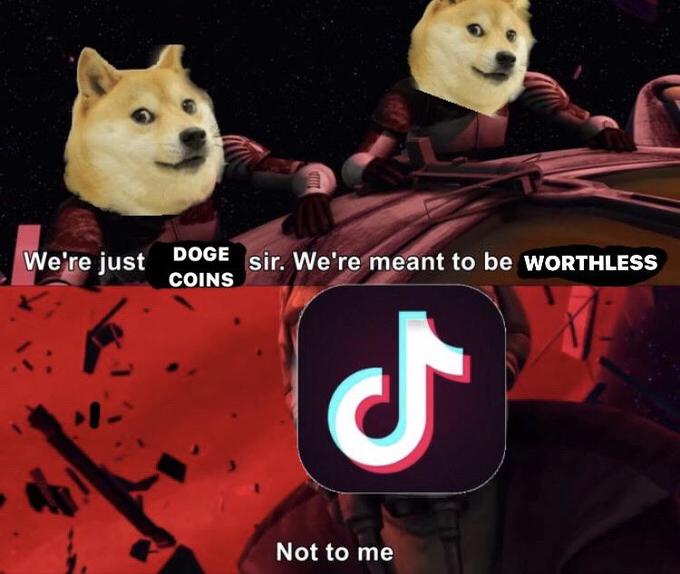 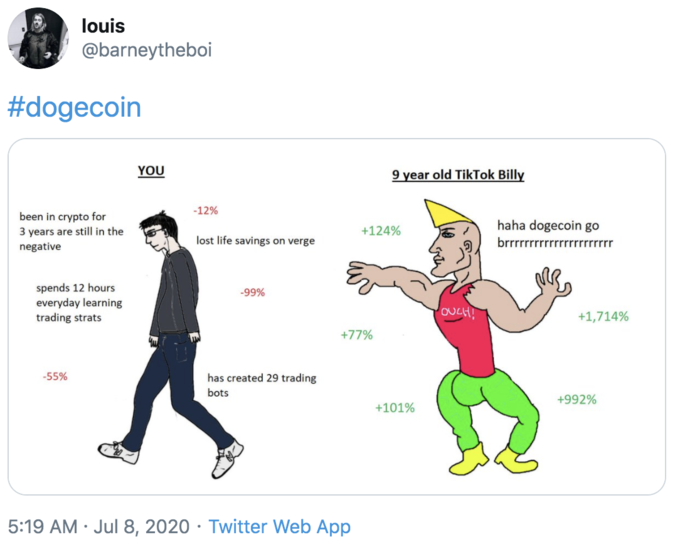