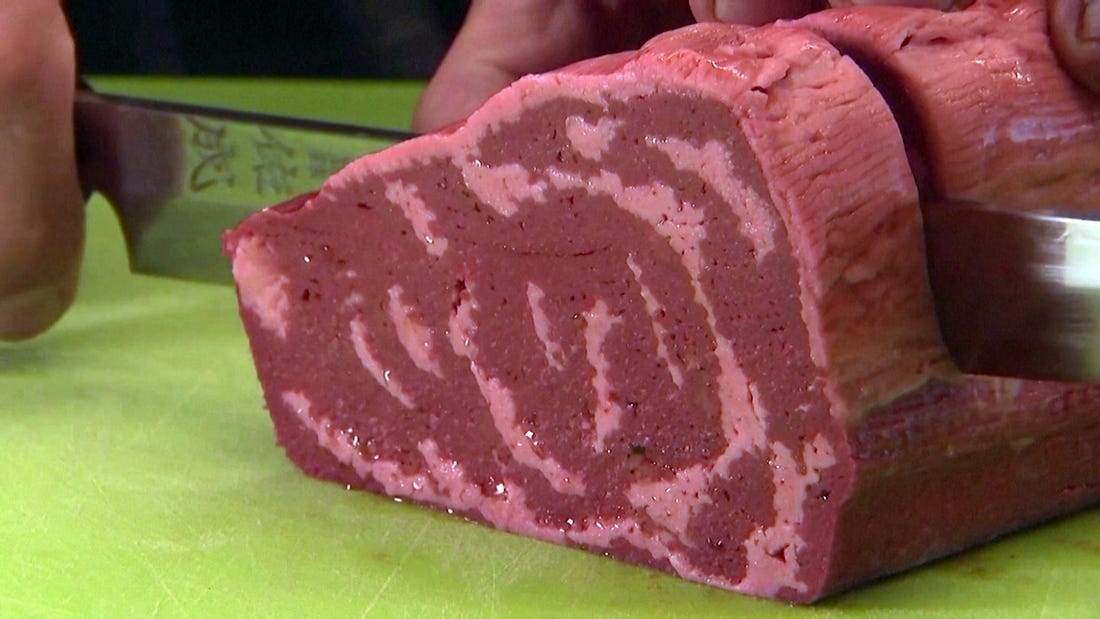 An Israeli startup company called Redefine Meat is looking to redefine meat, apparently by turning it into a Play-doh looking… thing.

The startup has been generating some buzz with its efforts to provide a sustainable and environmentally friendly alternative to meat via 3D Printing, but it’s clear from Twitter’s reactions that it still has a long way to go.

A 3D printed steak is here and this is the press photo pic.twitter.com/JwZd8pXJxX

Vegetarian alternatives to meat have been growing popular in recent years, with innovations like the “Impossible Burger” doing a surprising job at recreating the taste and texture of real meat. But while ground meat is one thing, Redefine Meat is attempting to enter the alternative meat market with whole steaks.

Their recipe involves soy and pea proteins, coconut fat, and sunflower oil, among other ingredients, though the full list of ingredients is a secret. Right now, their machines produce 13 pounds of “meat” per hour, and their next machine will be able to produce 44.

While the effort is commendable, most agreed that their progress so far looks anything but appetizing.

Have we not suffered enoughhttps://t.co/mA2VdmYRZO

This is just the clown meat but for rich assholes. https://t.co/LxaAkTXsDz pic.twitter.com/klNjz2hYTL

I’m not getting fooled again, that right there is cake. https://t.co/X1wQExIq87

It’s difficult to see something like this getting popular in its current state, but who knows? Technology may soon be able to recreate steak and deal a crushing blow to the meat industry. Until then, steaks seem safe.