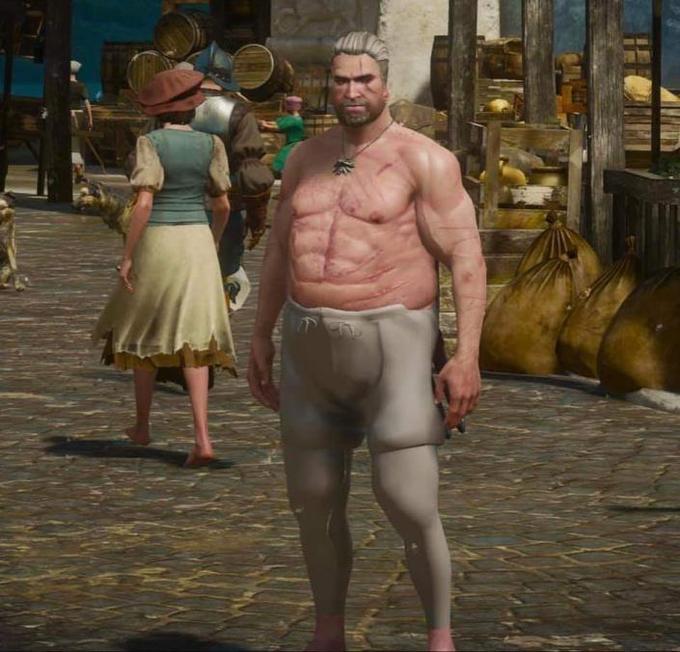 Fat Geralt is a nickname given to a rattler in The Last Of Us Part II who punches Lev in a scene. After a Twitter user posted the scene which dubbed the man “Fat Geralt,” referencing the main character in The Witcher 3, the nickname stuck as others adopted it.

On June 19th, 2020, Twitter user @Rimmy_Downunder uploaded a clip of Lev getting punched in The Last Of Us Part II dubbing the man who punches him “Fat Geralt.” The clip gained over 1,900 retweets and 5,700 likes (shown below).

On March 3rd, 2017, modder uploaded a Witcher 3 mod called “Donut Geralt,” which gave Geralt a protruding gut. Gameplay of the mod by Bearded_Wonder appeared on YouTube shortly after (shown below)

Examples of Fat Geralt appeared in Witcher communities in the years after the mod was created. For example, on October 17th, 2017, “Fat Geralt” was posted to GamesParodies (shown below). On May 17th, 2019, the same image was reposted to /r/gaming.

A second, similar mod by HackerAxe called “Dad Bod Geralt” was uploaded to Nexus Games on May 10th, 2020. This mod was covered by PC Gamer and Lad Bible.

The video was reposted in several communities, including /r/TheLastOfUs2,ifunny and Gamefaqs, with many celebrating the way the video makes the scene unintentionally comedic. Redditor CaptWrench joked that Fat Geralt should be the /r/TheLastOfUs2 mascot “as he’s the only likable new character in the entire game.” Twitter user @trillmustdie posted a crying laughing emoji about the name (shown below, left). User @zetsubounigga also posted a reaction image to the name (shown below, right). 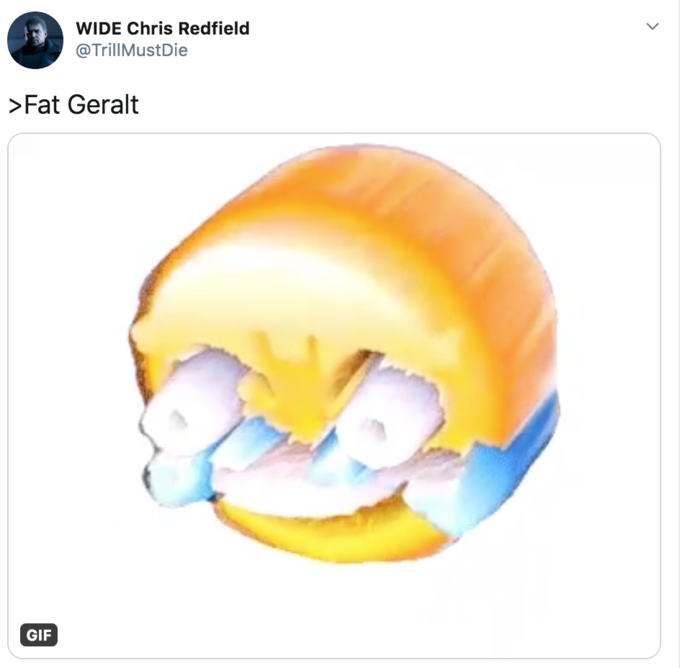 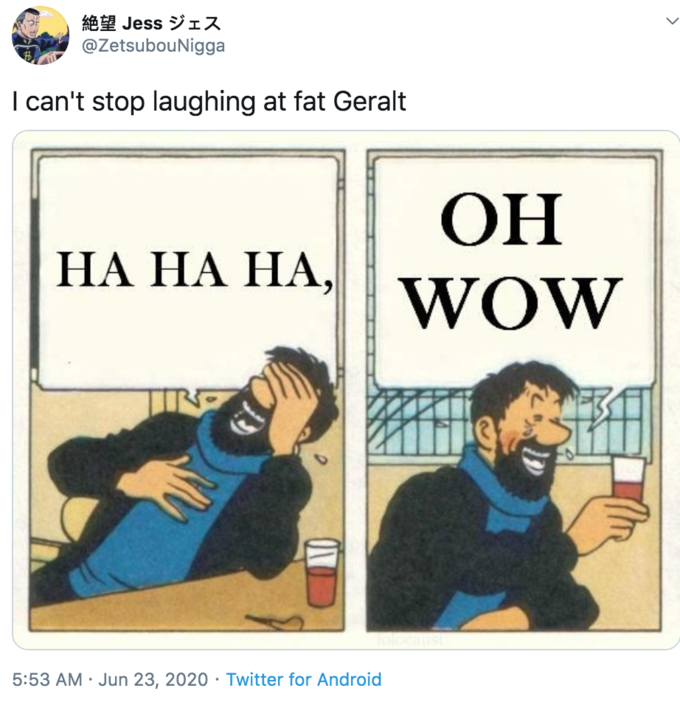