What Happened To Men? refers to parodies of a tweet by @Western_Trad evidently bemoaning the feminization of men by comparing pictures of Don Draper from Mad Men and the Pajama Boy from an infamous Obamacare advertisement. Parodies usually involve using humorously exaggerated depictions of men from various sources of media.

On August 28th, 2020, Twitter account @Western_Trad posted pictures of Don Draper and Pajama Boy, asking “What happened to men?”, apparently bemoaning how masculinity has become softer in recent years. The tweet gained 502 retweets and 3,300 likes, as well as 690 quote-tweets as people mocked it. 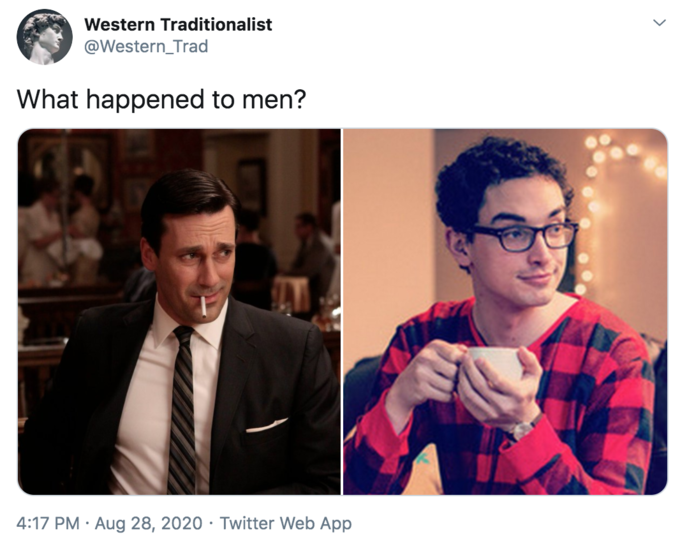 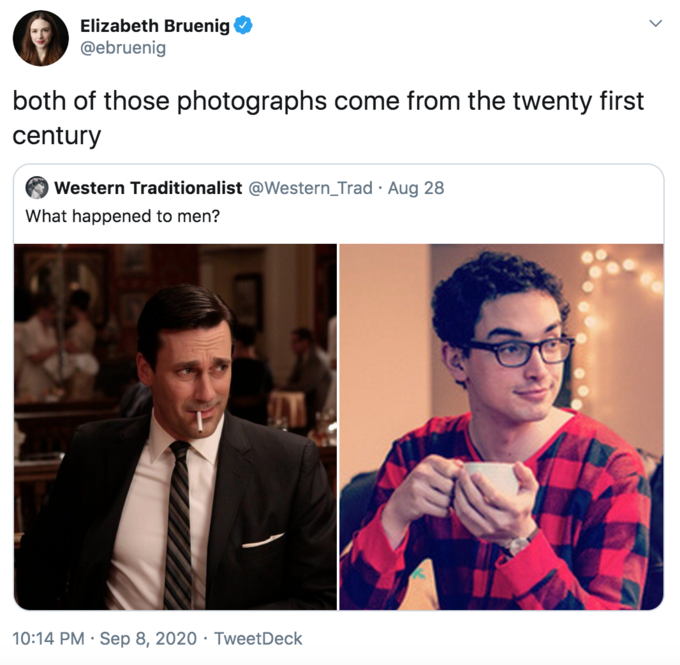 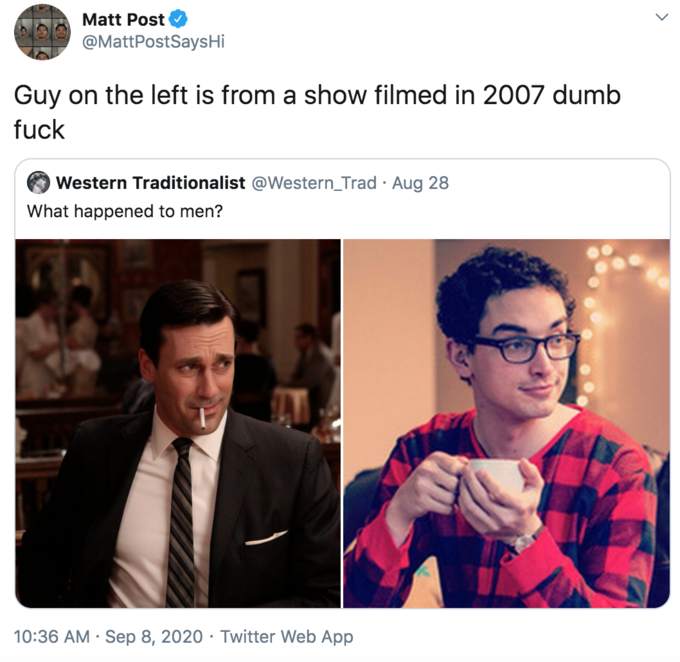 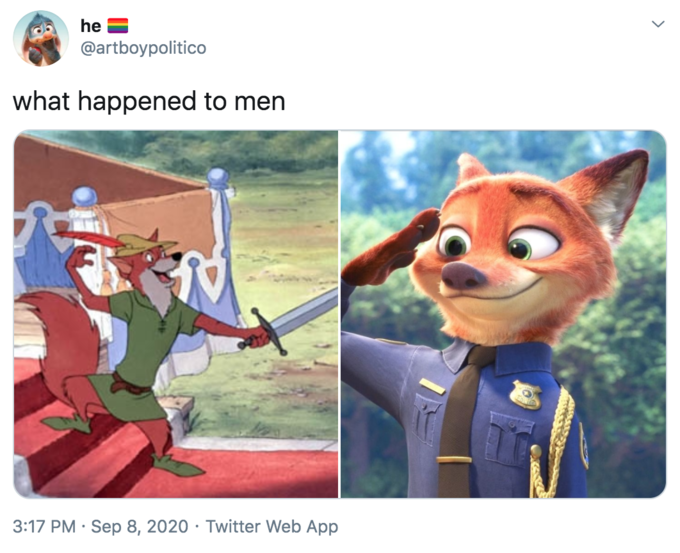 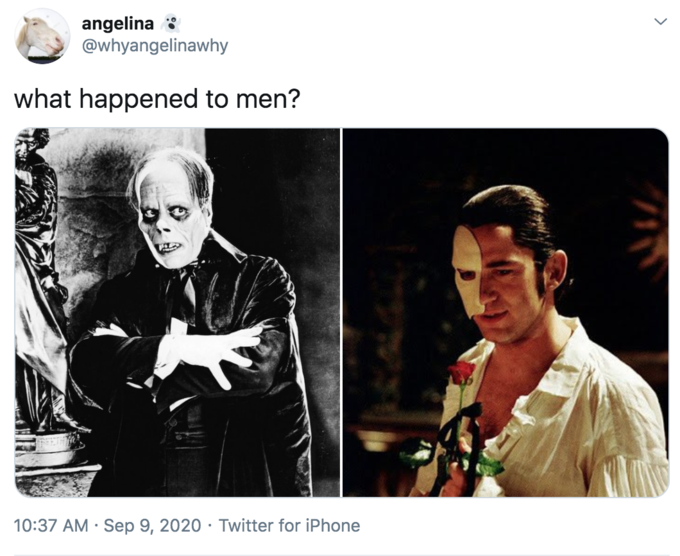