Two of the most famous grey-haired men in the world met today, and one seemed a little tense about it.

Photographed together at New York City’s 9/11 memorial to commemorate the 19th anniversary of the terrorist attacks on the World Trade Center, Vice Presidents Mike Pence and Joe Biden gave each other a friendly elbow bump out of respect for the setting. The two, currently locked in a heated election for the White House, both wore masks and avoided touching to abide by the health suggestions to slow the spread of the coronavirus.

That morning, Politico’s Christopher Cadelago tweeted a snapshot of the meeting with the age-old caption “Folks.” 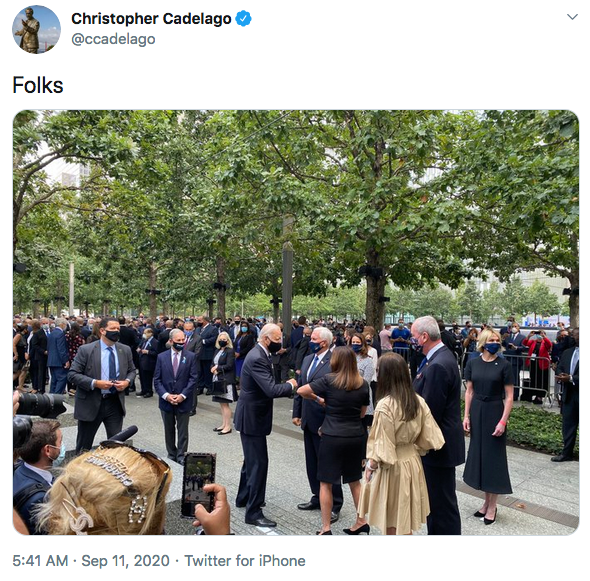 PinTweet
The photograph is innocuous enough. Or so it seemed.

Eagle-eyed tweeters zoomed in on Pence’s clenched-fist, which they read as an expression of his true feelings on the meeting. 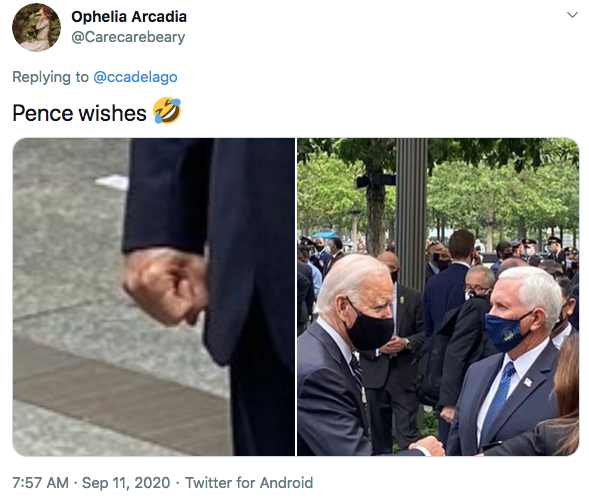 Arthur did it better. pic.twitter.com/YOGnmED10e 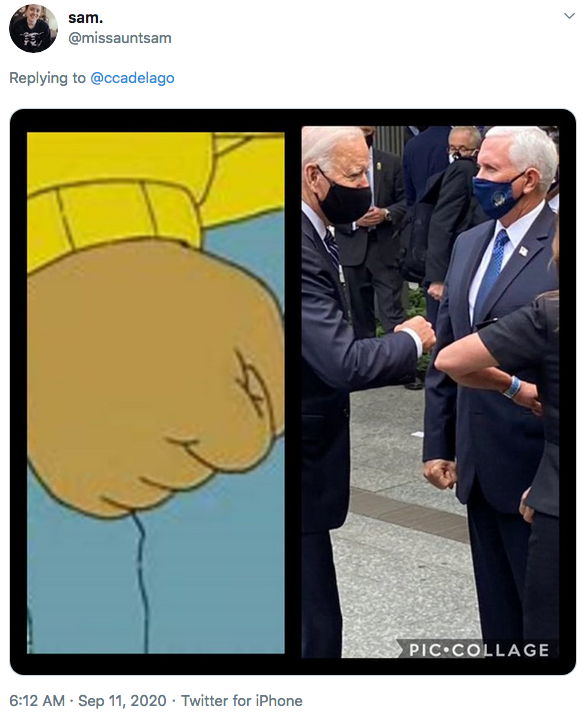 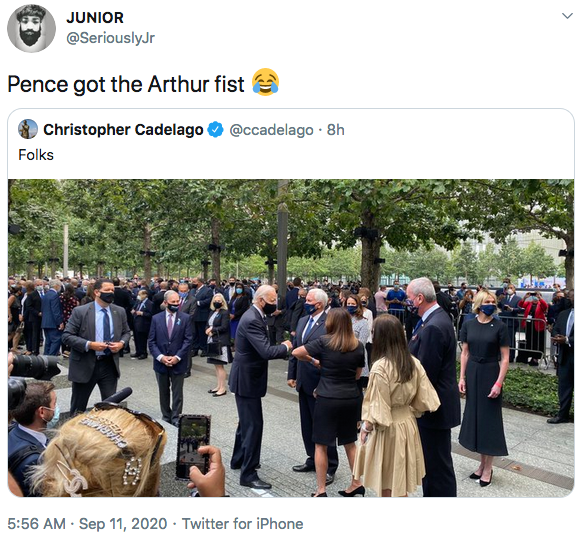 The clenched fist has a storied place in meme culture, dating back to the 2016 meme Arthur’s Fist. It originated in a 1999 episode of Arthur, when the beloved aardvark becomes so enraged with his little sister that he punches her. Luckily, Pence’s meeting with Biden went a little better.