Sugoi Dekai is a Japanese phrase meaning “So big!” in English, and is sometimes used to mean “Great!” The phrase became associated with Uzaki Hana from Uzaki-chan Wants To Hang Out!, a short character with large breasts who wears the shirt, which lead to the shirt being combined with other large-breasted anime characters similar to Mega Milk.

Following the release of the anime, some viewers found the character’s design inappropriate, and did redesigns of the character to make her look older. However, these were widely mocked and led to a surge of edits featuring the “Sugoi Dekai” shirt.

The Uzaki-chan manga debuted on Niconico in December of 2017, and began serialization on July 9th, 2018. An anime adaptation by Studio ENGI directed by Kazuya Miura was announced by Kadokawa Corporation on February 3rd, 2020, and premiered in July of 2020. 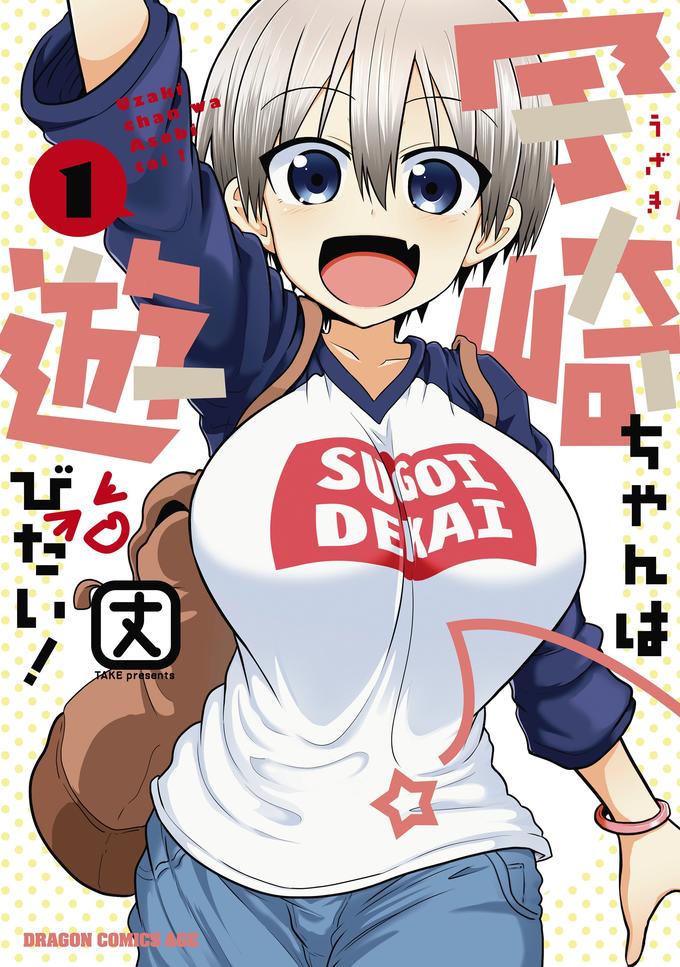 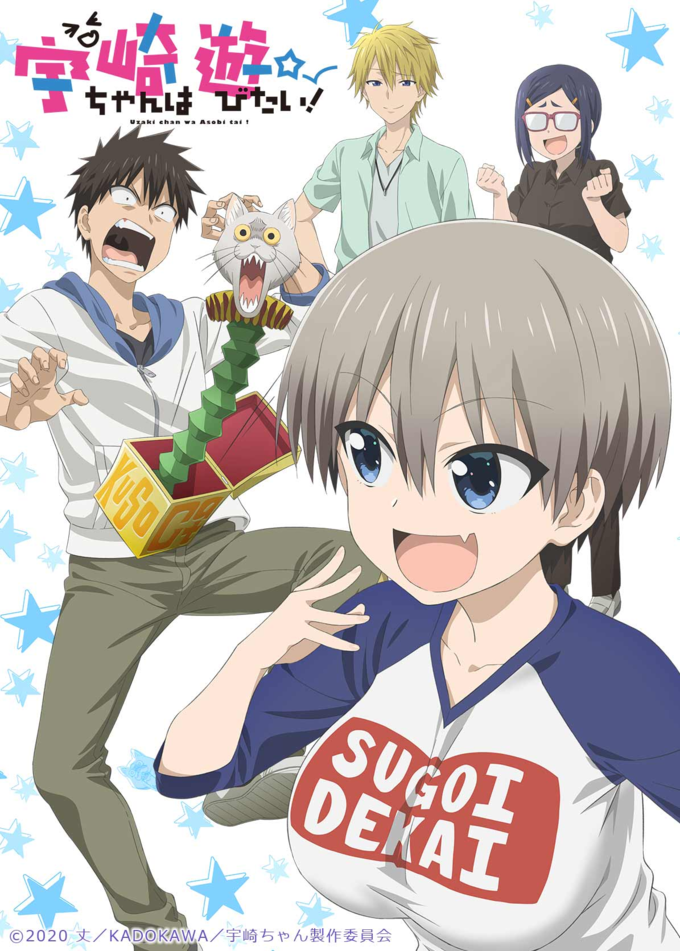 Following the release of the anime, there was an influx of artists drawing characters in Uzaki’s characteristic shirt, similar to Mega Milk; at times placing them next to a character with small breasts for contrast. Notable examples of this trend include versions by Twitter users @toneeartwork on July 9th, featuring Artoria and Mordred from Fate Grand Order; and @tabakko on July 21st, featuring Kiryu Coco and Amane Kanata from Hololive; which gathered respectively over 56,500 and 22,400 likes as of August 14th. 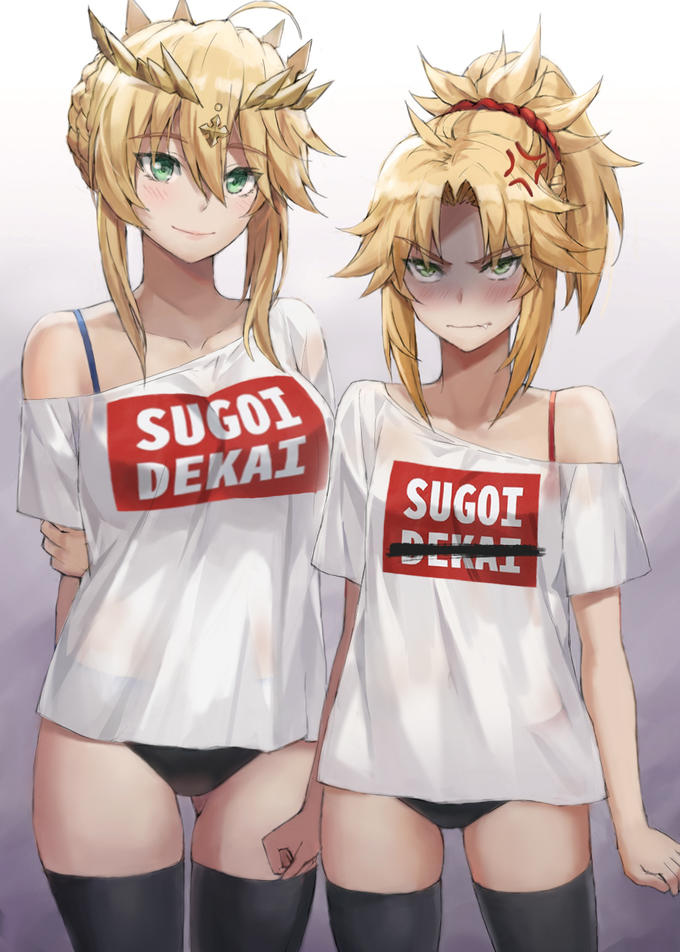 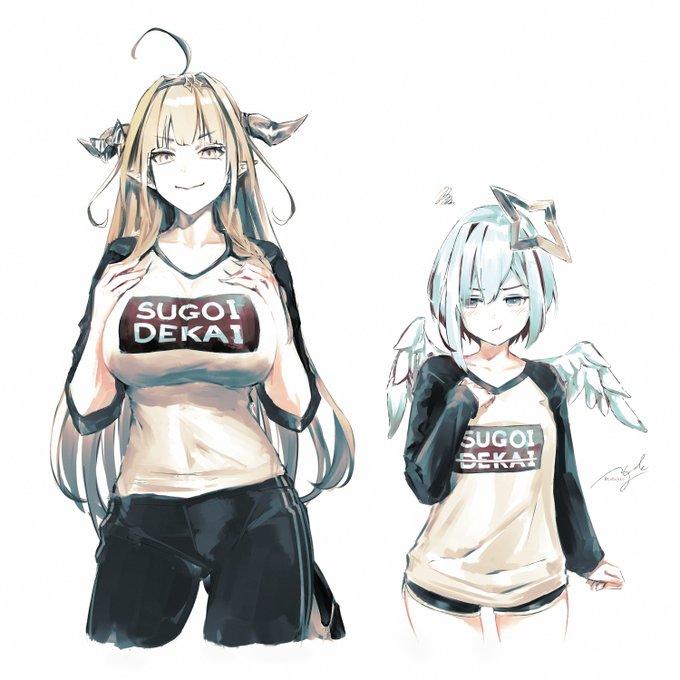 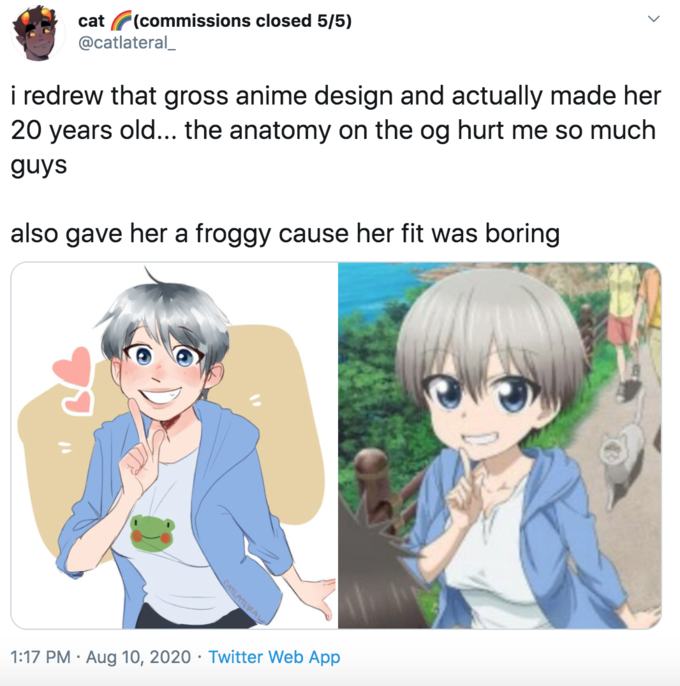 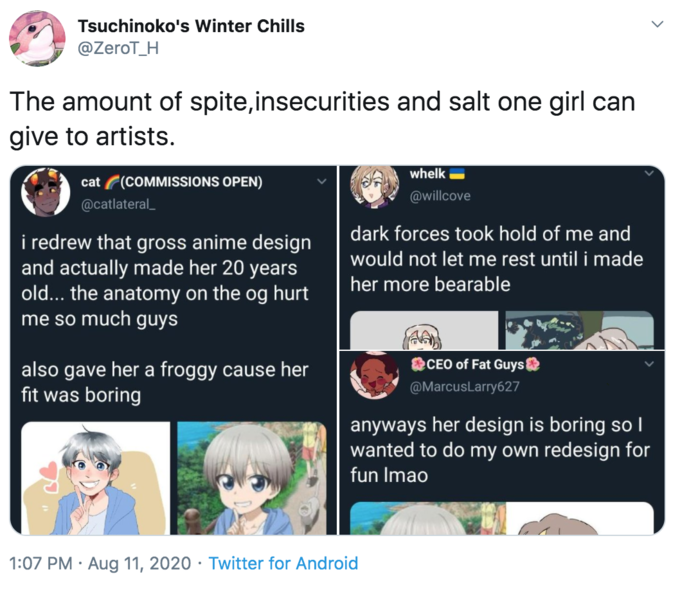 The edits led to several redraws meant to emphasize what viewers saw as the poor quality of the upset artists’ work. For example, on August 13th, user @Trashqueen_01 posted a redraw making the character look like she came from Big Mouth, gaining over 2,300 retweets and 19,000 likes (shown below, left). User @DSchnack posted a variation showing Peter Griffin wearing the Sugoi Dekai shirt (shown below, right). 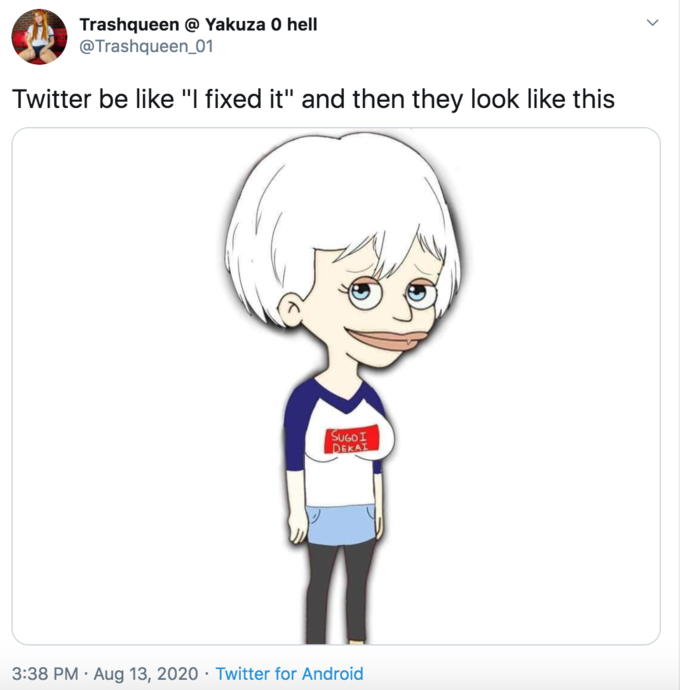 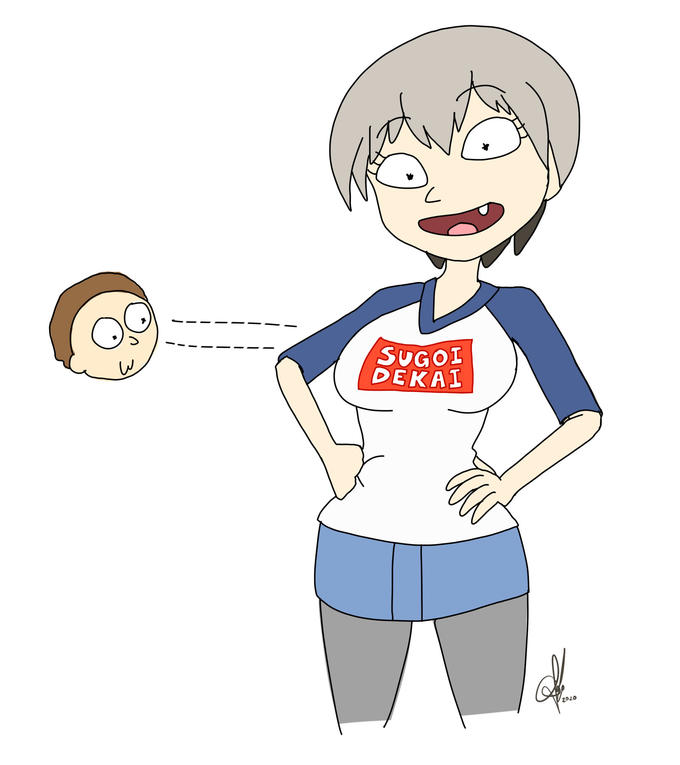 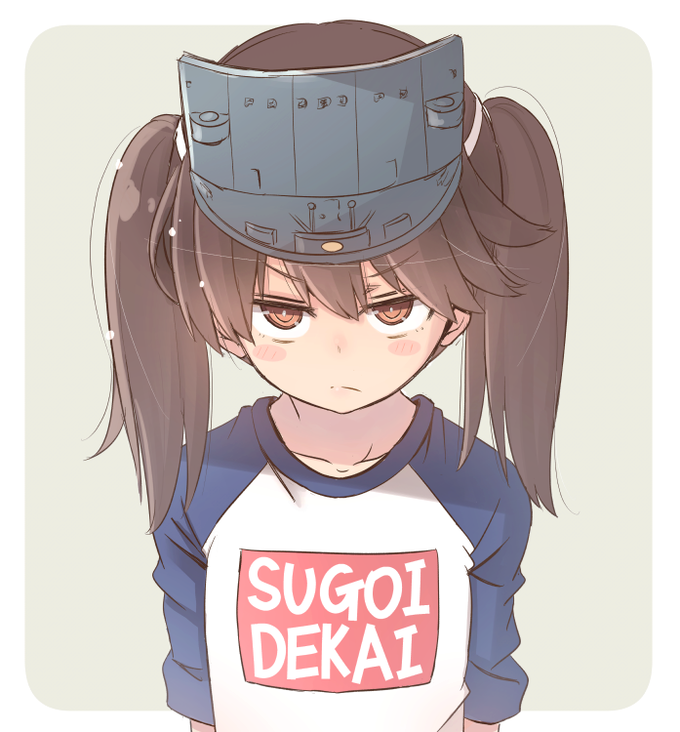 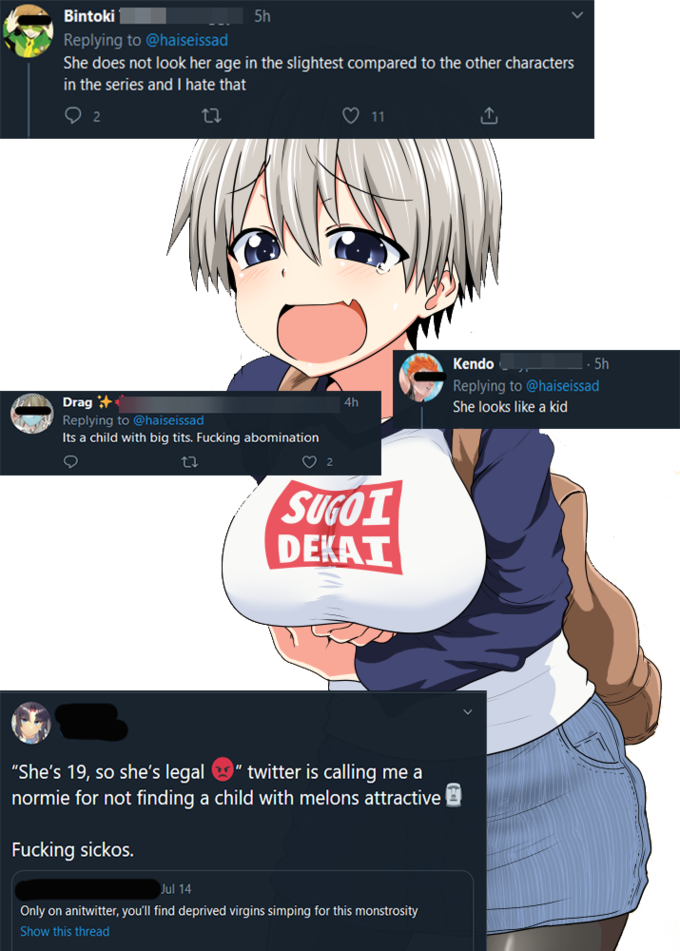 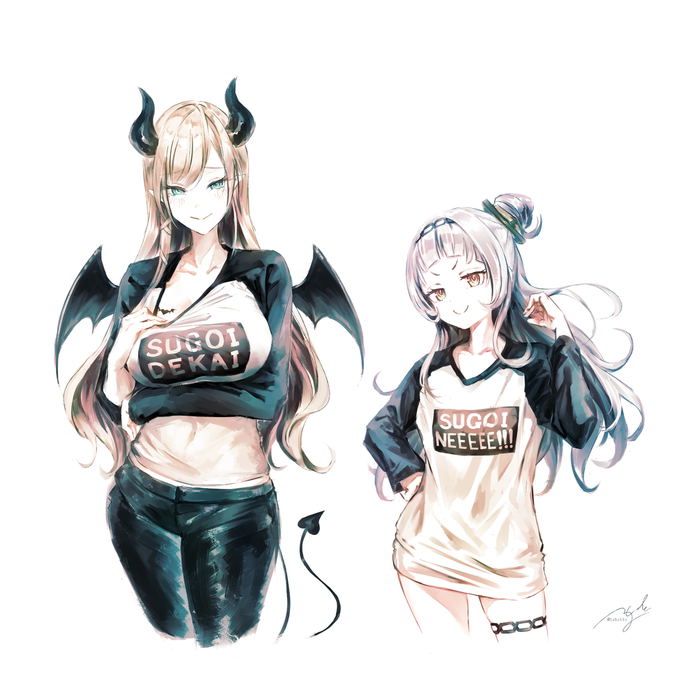 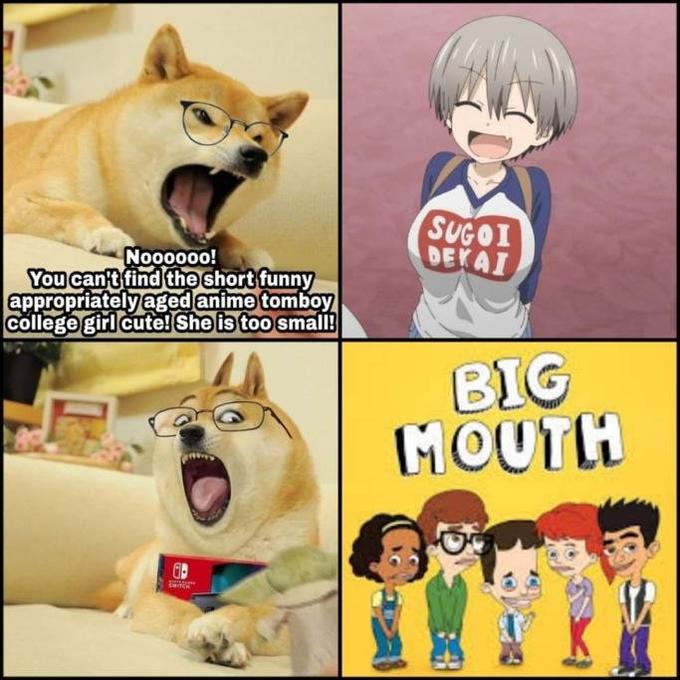