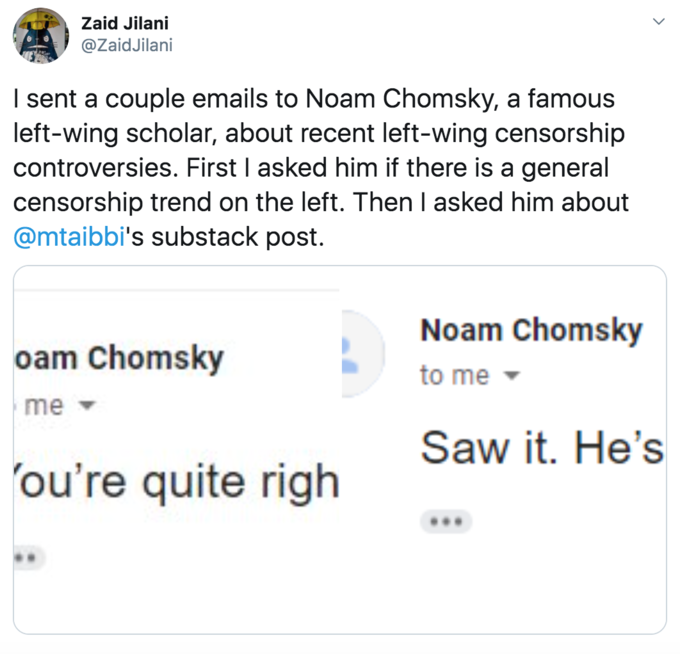 E-mailed Noam Chomsky refers to parodies of an e-mail American linguist, philosopher, and activist Noam Chomsky sent to a Twitter user regarding an article written by Matt Taibbi. Twitter users parodied the e-mail by imagining frivolous conversations one could have with Chomsky.

On June 14th, 2020, Twitter user and journalist Zaid Jilani posted that he had e-mailed Noam Chomsky, who he describes as “a famous left-wing scholar,” about a trend on censorship in the left and a piece by Matt Taibbi that criticized recent movements in newsrooms against colleagues and management that have allegedly operated discriminatorily towards minorities. Chomsky apparently agreed that there is a “censorship problem” in the left and that Taibbi’s piece was “sharp.”

The post was criticized by some both for publishing Chomsky’s private emails and apparently attempting to use Chomsky’s word as a way to show supporters of the recent newsroom backlashes that someone they respect disagrees with them. The tweet was also parodied by Twitter users who posted imagined conversations with Chomsky about banal topics. For example, user @shafieikeyvan posted a parody tweet where Chomsky called him “really fucking handsome” (shown below, left). User @Budcheex posted a parody where Chomsky was responding to a picture of his enlarged testicles (shown below, right). 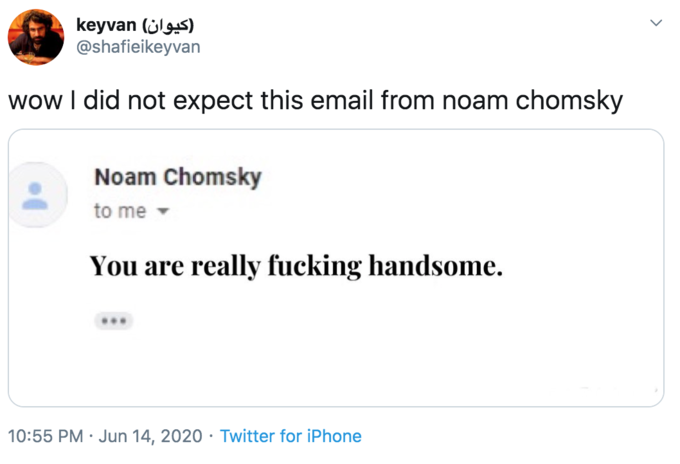 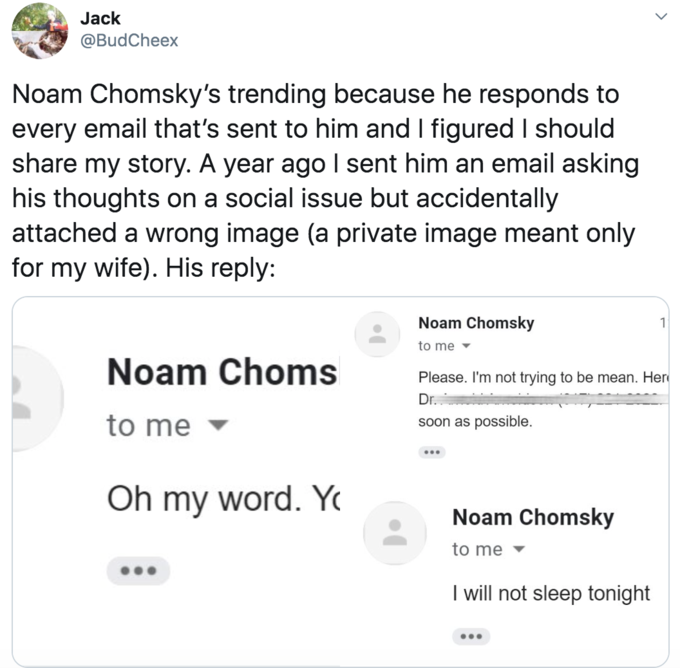 Others joked by taking Chomsky’s e-mails out of context and adding humorous captions. For example, user @caitlinmoriah tweeted the “very sharp” email with a joke about Edward Scissorhands (shown below, left). User @mexicanwilddog used the same email joking about his Fursona (shown below, right). 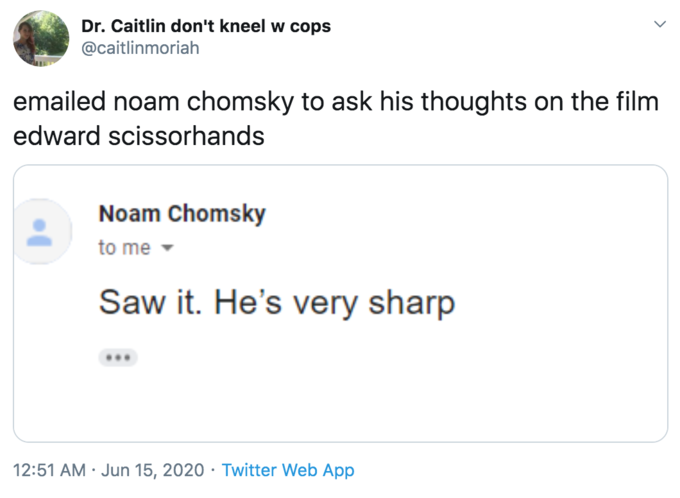 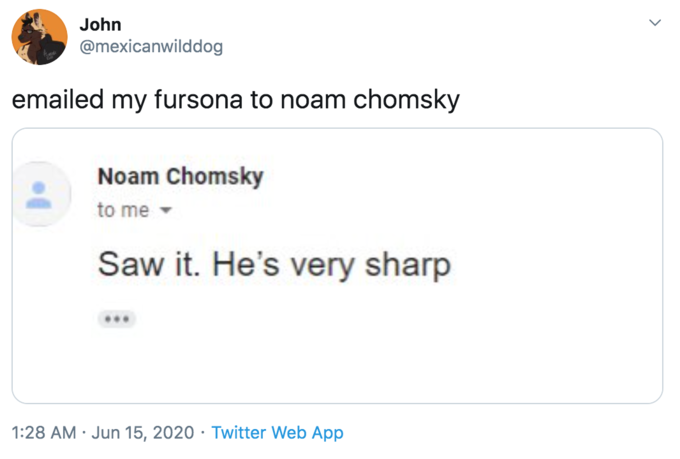 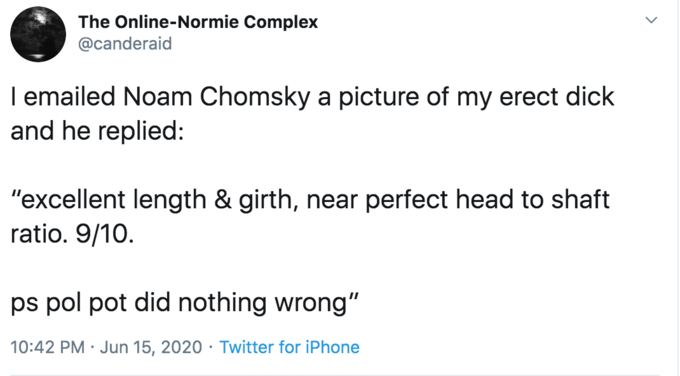