Phoenix Karen is a nickname given to Phoenix, Arizona resident Tamara Harrian after she was caught on video telling a Native American woman, Karina Rodriguez, to go back where she came from. In the video that went viral in June 2020, Rodriguez slaps Harrian after Harrian pushed her. The video went viral on both Twitter and Facebook causing viewers to post negative reviews of Harrian’s place of work and send Rodriguez support.

On June 6th, 2020, Facebook user Greg Conn posted a video with the caption, “Racism is alive and well, this just happened at the shell gas station in Phoenix, Greenway and 7th st. ****please share, let’s make her racism known *. ABC15 Arizona ABC News NBC News Fox News #racism #ignorance” (shown below). The video gained over 19,000 shares and 11,000 reacts in three days. In the video, Tamara Harrian claims to be the manager, tells a customer, Karina Rodriguez, to go back to where she came from, pushes her and then gets slapped.

Racism is alive and well, this just happened at the shell gas station in Phoenix, Greenway and 7th st. ****please share,…

SAW THIS ON FB AND HAD TO SHARE ON HERE, TWITTER DO YOUR THANG AND HELP FIND THIS RACIST BITCH. pic.twitter.com/nCCFcHYfuV

On June 7th, Karina Rodriguez responded on Twitter saying, “Hey world thank you for all the love..” (shown below, left). The tweet accumulated over 330 likes and 60 retweets in two days. Twitter user @hey_jorhey posted a screenshot of Rodriquez’s husband smiling and looking down captioned, ” Dude knew Karen was in trouble he was just waiting for her to push the right button” (shown below,r right). The tweet gained over 15,200 likes and 700 retweets in two days. 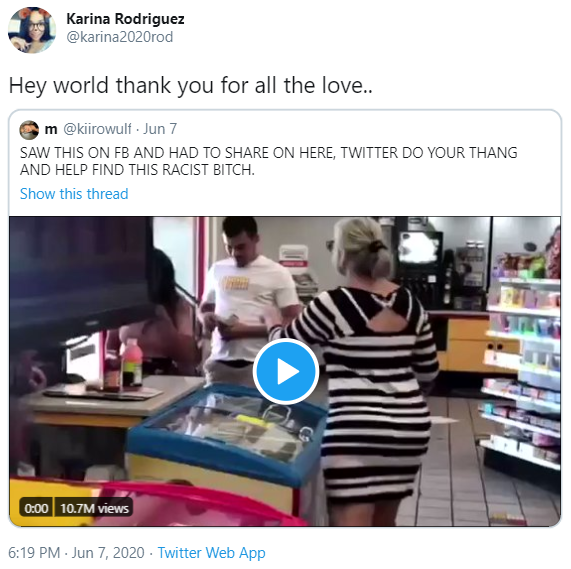 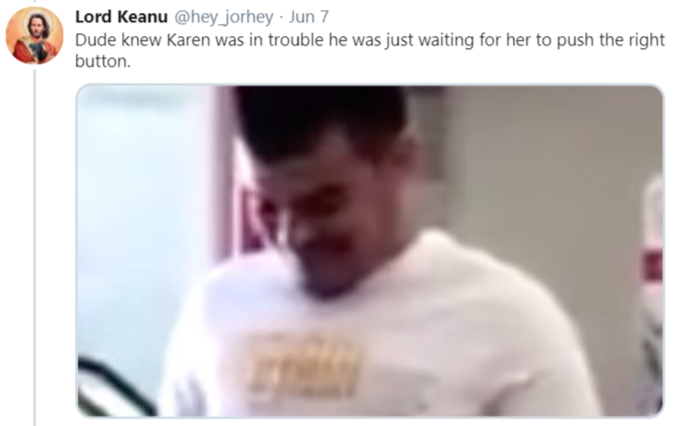 On June 8th, Twitter user @protectedpick shared a screenshot of Harrian’s husband’s law firm’s negative reviews on Google due to the video and said, “I googled the Phoenix Karen that got rightfully slapped and it looks like the internet already took care of her husband’s law firm’s google profile. (She works at that law firm.)” (shown below). Local 12News obtained a statement from Harrian’s husband who said, “This is your spouse you have known and loved for 30 years and she is starting to slip away. And you are trying to get her help but you can’t get her help because she doesn’t think there is anything wrong with her.” The Daily Dot,TMZ and Heavy also reported on the video 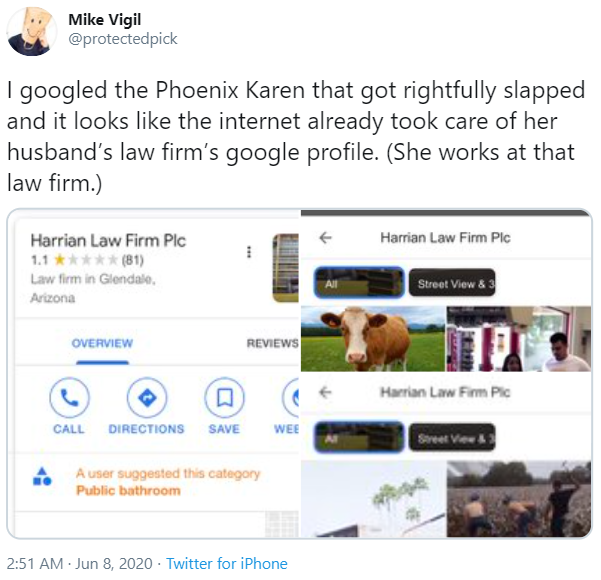 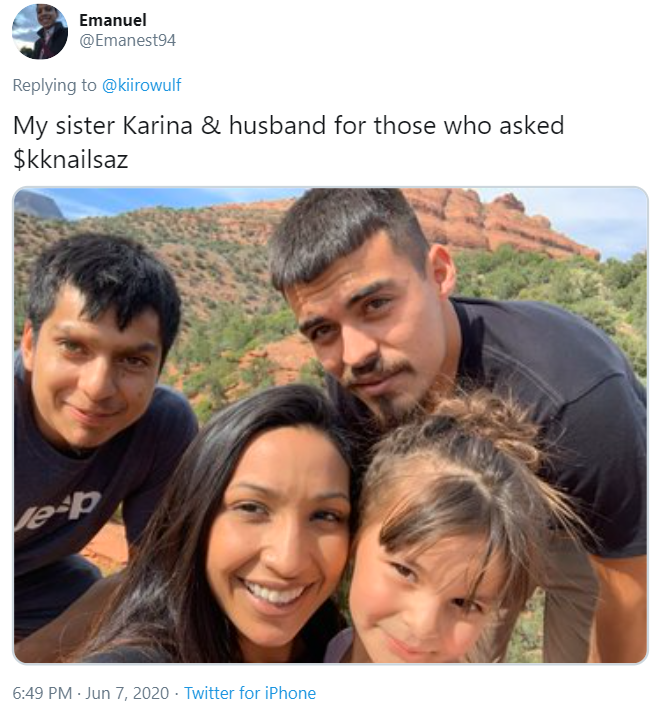 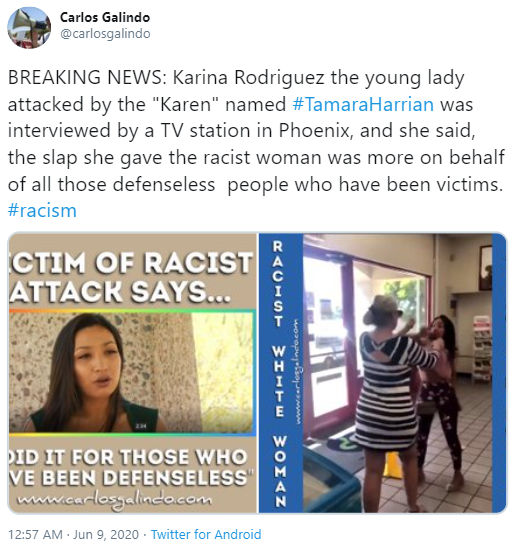 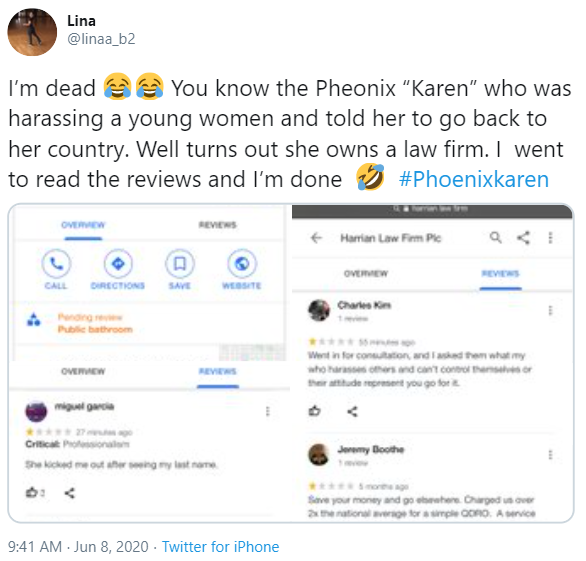 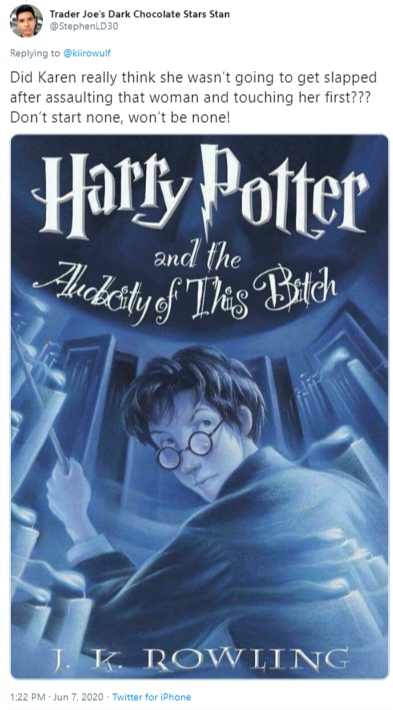