Vogue Challenge refers to the viral trend of creating Vogue Magazine cover edits. Though magazine cover edits have been around for decades, in June 2020, following the George Floyd Protests, many Twitter users and TikTokers began editing themselves into Vogue covers to raise awareness of the lack of diverse models featured in Vogue.

On April 20th, 2020, TikToker @primomatthew uploaded one of the earliest TikTok Vogue cover edits and gained 130 likes in two months (shown below).

On June 2nd, Twitter user @capricornbbyy1 edited herself into a Vogue cover using the hashtags #BLM and #BlackLivesMatter (shown below). The post garnered over 460 likes in 11 days. 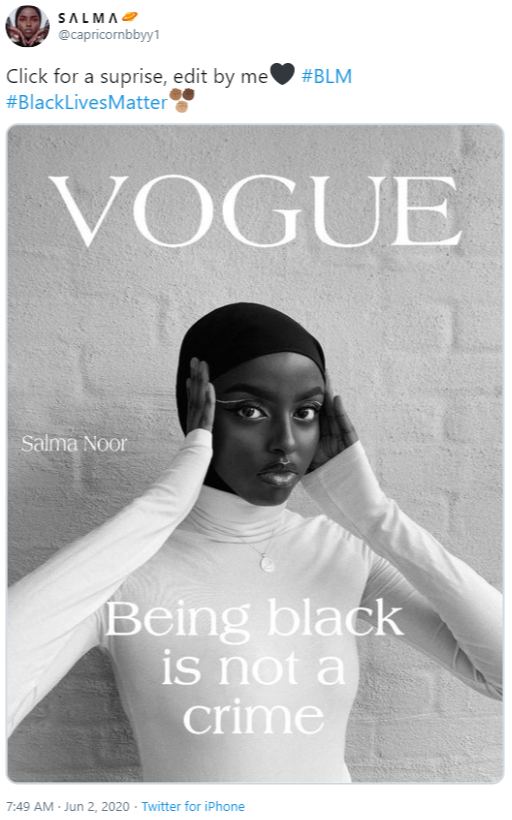 On June 8th, 2020, following the popularity in #VogueChallenge on Twitter, Twitter user @capricornbbyy1 claimed to have inspired the challenge in a post saying, “I created the vogue challenge a week ago and didn’t get credit so here is a new one🤷🏿‍♀️ #VogueChallenge” (shown below, left). The tweet accumulated over 39,200 likes and 11,600 retweets in five days. Many Twitter users commented on the post saying that she didn’t create the trend and that it was a trend earlier on TikTok (but didn’t relate to the BLM movement).On June 10th, Twitter user @Ohwaawaa posted a series of Essence magazine cover edits with the caption, “Switched it up and did one with a Black owned magazine company. I’ve always wanted to be on the cover of Essence before any Vogue cover. #EssenceChallenge” (shown below, right). The tweet gained over 7,000 likes and 2,600 retweets in three days. According to AP News, Anna Wintour of Vogue magazine apologized in an email the racially related mistakes she made at Vogue. 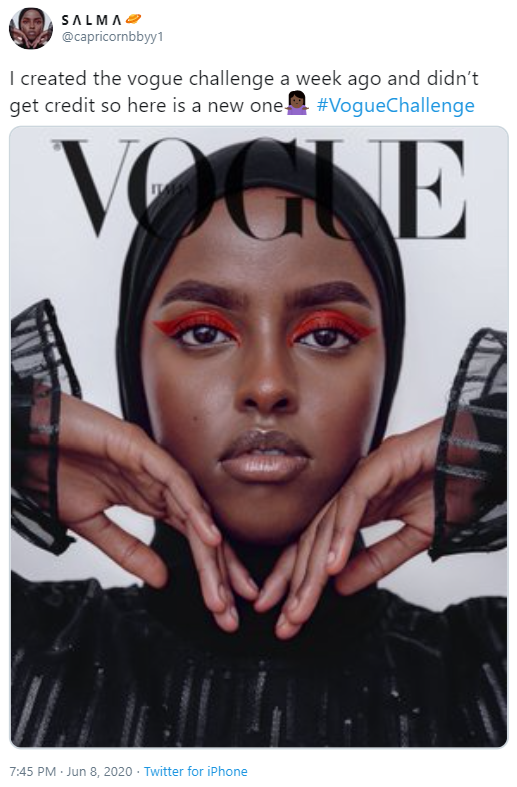 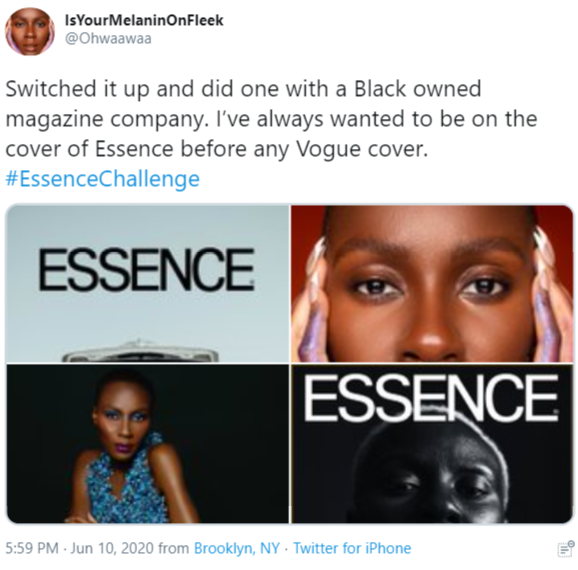 That same day, TikToker @itssalmanoor continued to defend her claim of starting the Vogue Challenge in a video that garnered over 74,000 likes in three days (shown below, left). TikToker @chrisellelim uploaded a Vogue Challenge video and received over 438,500 likes in three days (shown below, right).
On June 10th, Twitter user @Zolwia tweeted about the challenge saying that “This hashtag is supposed to uplift those voices. I kno a lot of you didn’t mean to cause harm It’s important that we understand the origin of hashtags so we don’t accidentally co-opt another space” (shown below, left). The tweet received over 1,900 likes and 510 retweets in thee days. The next day, drag queen and Twitter user @SheaCoulee tweeted a #voguechallenge photo and accumulated over 49,100 likes and 6,400 retweets in two days (shown below, right). StayHipp published an article on the trend. 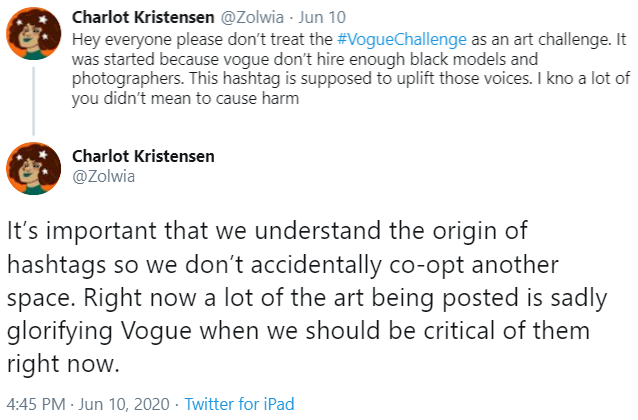 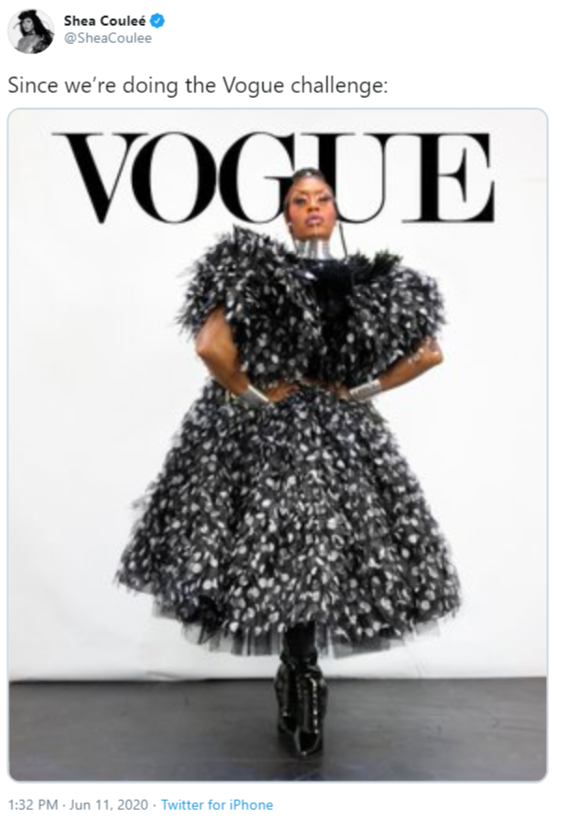 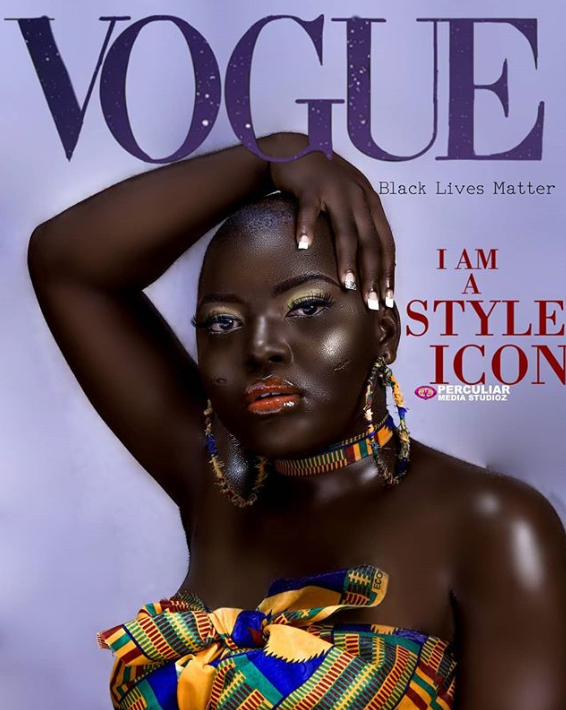 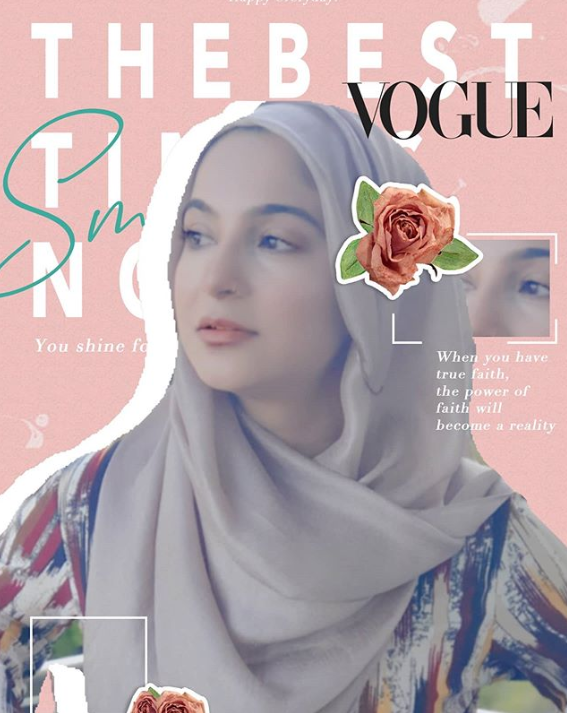 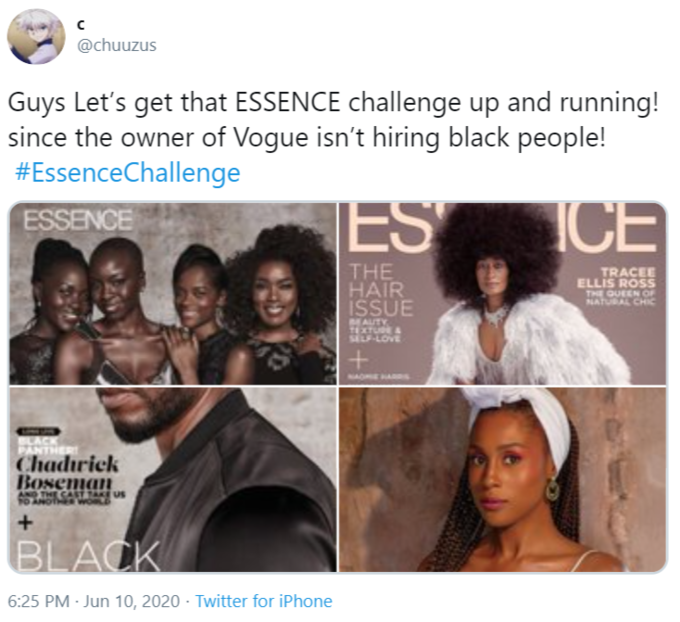 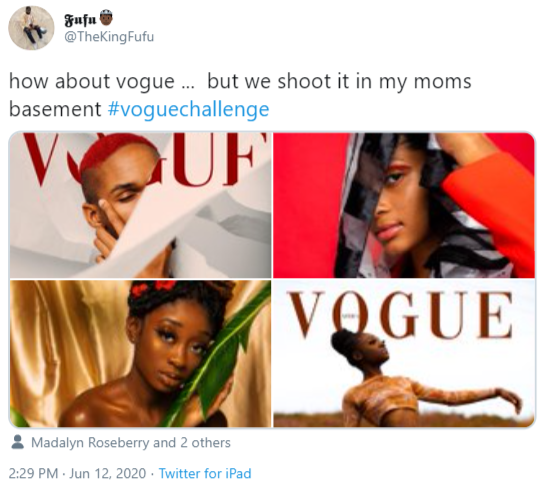 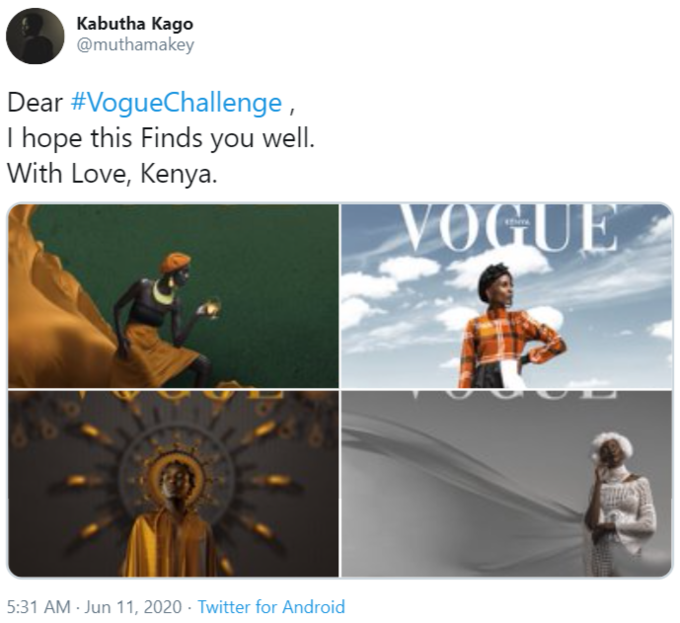 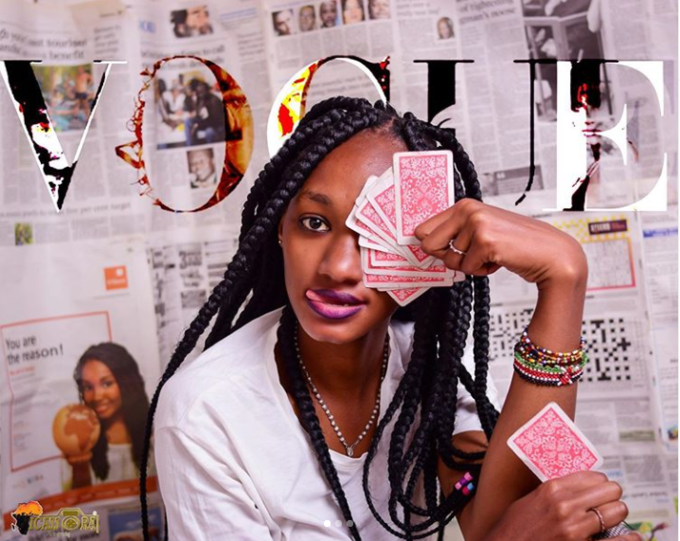