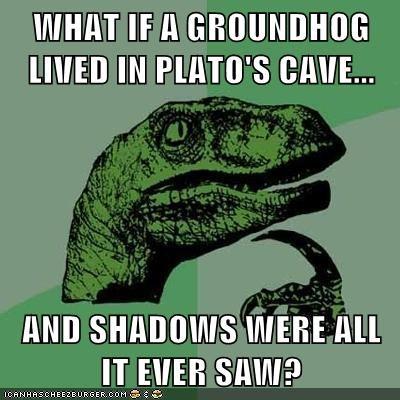 Plato’s Allegory of the Cave refers to a philosophical metaphor proposed by Socrates in Plato’s Republic. It compares three tiers of understanding to levels of a cave. The allegory has been widely referenced in culture for centuries for how it describes the pursuit of knowledge. Online, it has been referenced in various meme templates.

Plato’s Republic, where the allegory appears, was written in roughly 375 BCE. In Republic, Plato has Socrates explain the allegory to Plato’s brother. Socrates describes prisoners chained to a wall in a cave, forced to look at shadows on the wall. With no other frame of reference, the prisoners believe the shadows are real life. However, behind the prisoners are fire and people carrying objects casting the shadows. Behind these people are the sun itself and the outside world. In the allegory, a prisoner escapes and discovers the people casting shadows. He is then dragged to the outside world where he sees the sun. The sun at first blinds him but he grows accustomed to it. Upon returning to the cave, his eyes adjusted to the sun’s light, he cannot see. Other prisoners believe him blind and do not believe his tales of the outside world.

In the allegory, the prisoners represent society, where most people are comfortable believing that which they can see in front of them and not wonder about elements beyond that. The prisoner who escapes represents philosophers attempting to understand how the world works. The sun represents pure fact and absolute truth.

The allegory has been widely referenced in popular culture and scholarly texts in the millennia since it was published. The Matrix, for example, has been cited as being inspired by the allegory. Online, the allegory has appeared in numerous meme templates. For example, a philosoraptor referencing the cave appeared on Cheezburger on February 23rd, 2012 (shown below, left). A Baneposting edit was posted to Imgur by user Dieslrae0105 on December 30th, 2015 (shown below, right). 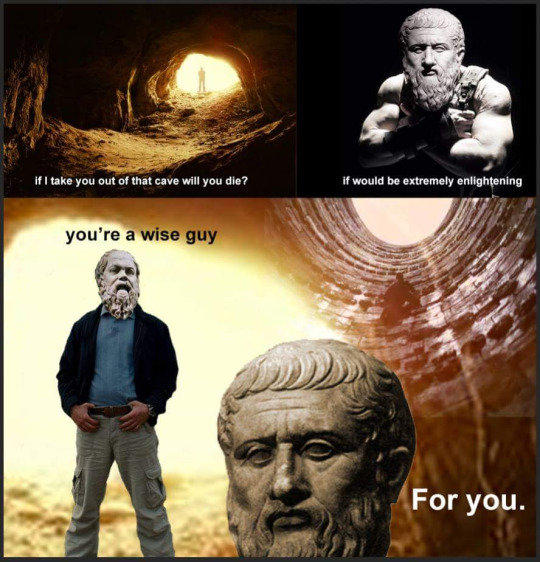 In the later 2010s and early 2020s, most edits referencing Plato’s Cave used the visual representation for jokes. For example, on May 25th, 2020, Telegram user dadoem posted an Are Ya Winning Son? edit, gaining over 12,000 likes (shown below, left). On December 18th, 2018, Twitter user @SlayerRules_420 posted the cave as part of the Guys Live In Apartments Like This meme, gaining over 1,300 retweets and 7,000 likes (shown below, right). 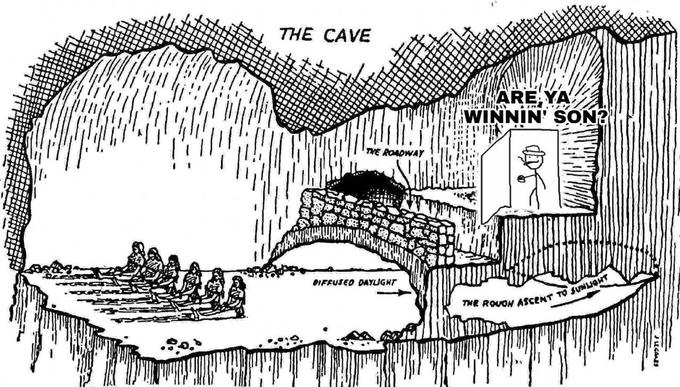 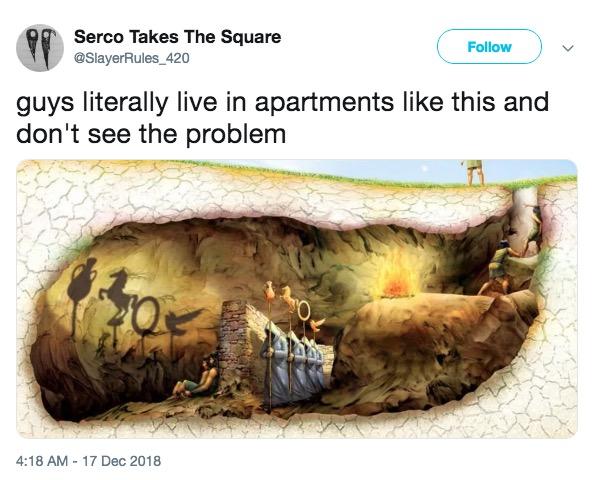 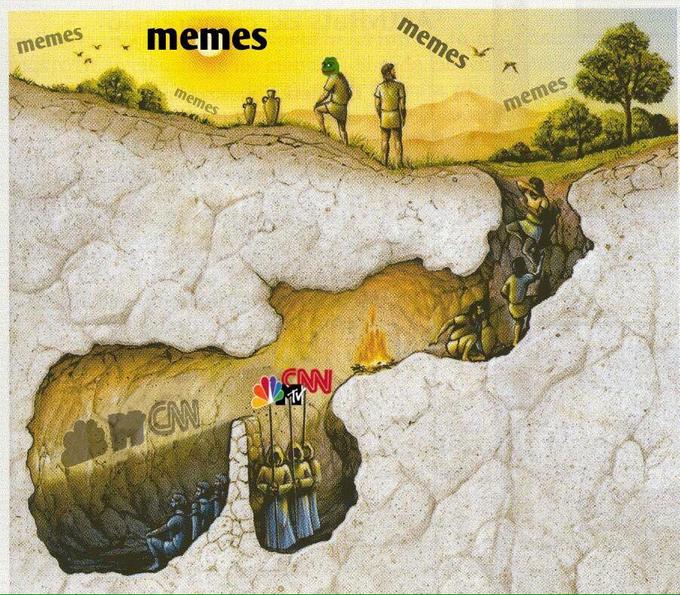 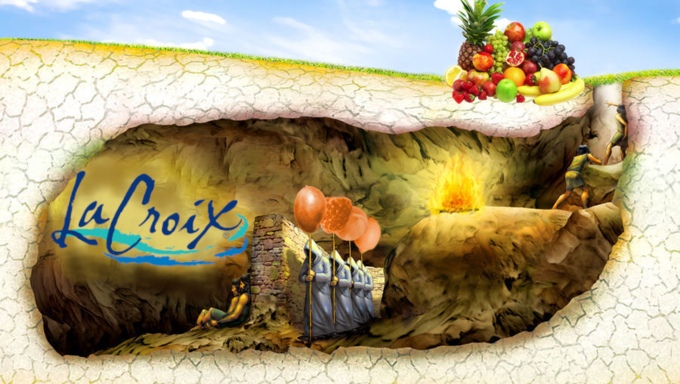 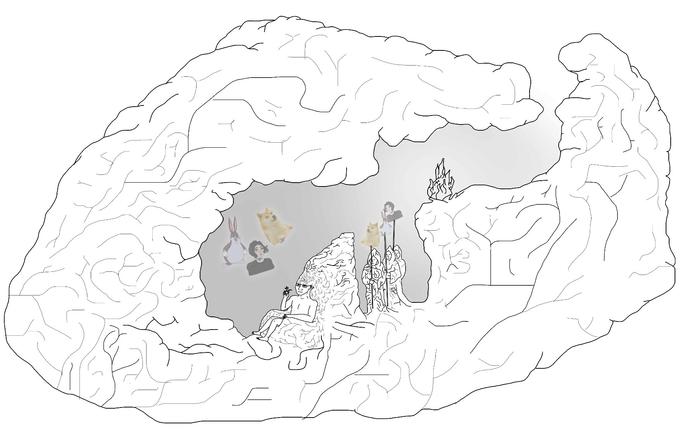 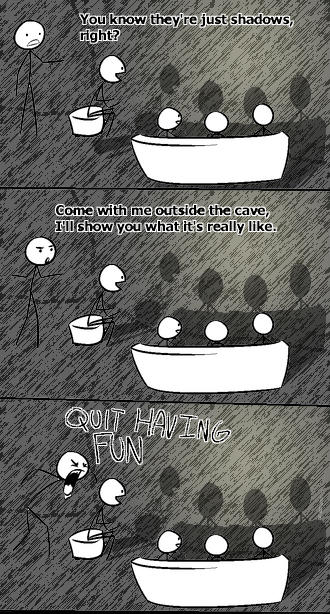 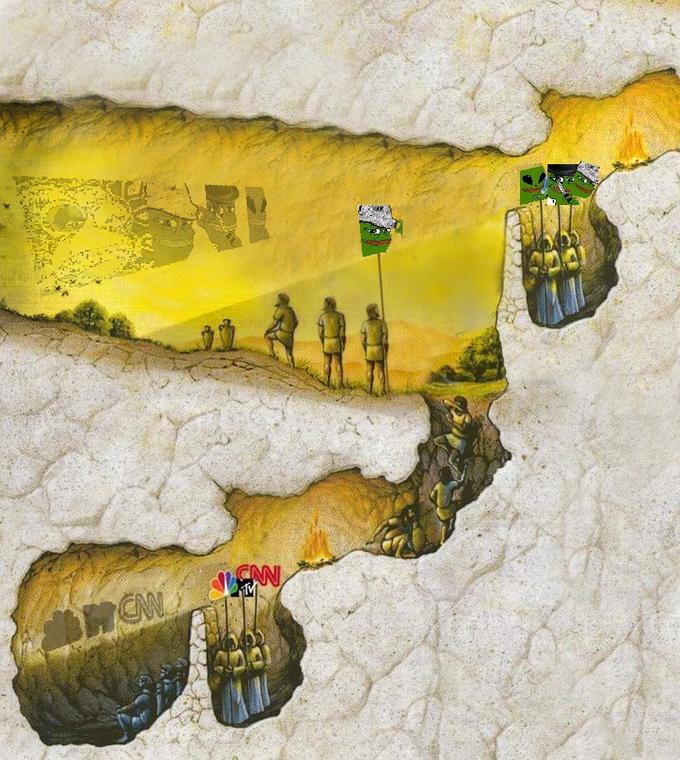 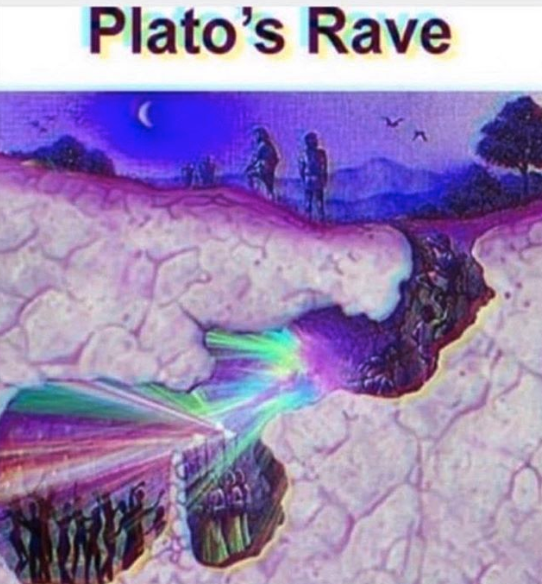 then what do u support?? his acting career??
Explaining "No Simp September" And How It Hopes To Join Fall's Annual Events
No Spotlight For Real Art
Redditor Moderators Can't Quit Saying "Y'all Can't Behave"