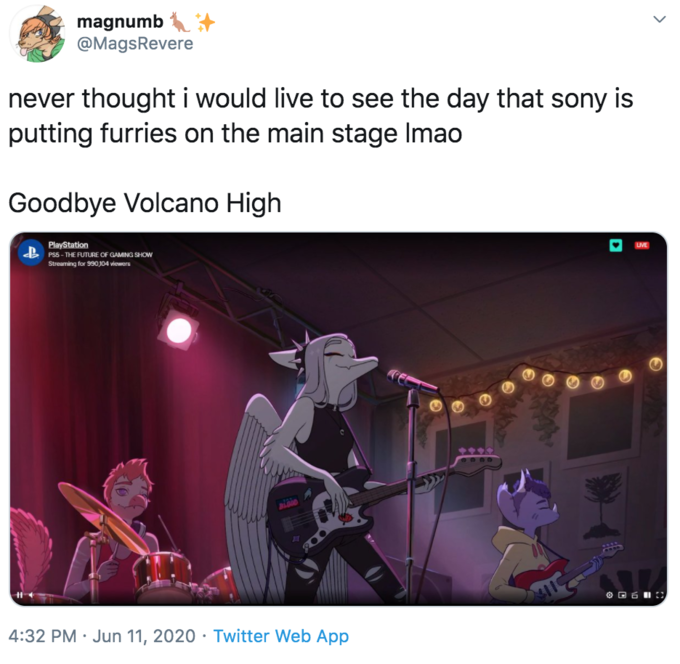 Goodbye Volcano High is an upcoming video game from Montreal developers KO-OP to be released for the PlayStation 5. The game is an animated, choice-based narrative romance game featuring anthropomorphic dinosaurs and a focus on queer relationships. After it was announced, the game drew controversy for having Kate Gray, a writer who once included in Kotaku uncensored sex scenes from a Harry Potter sex parody game, as its lead writer.

The game was developed by Montreal development studio KO-OP and is set to release in 2021 on PlayStation and Steam. It was announced with a trailer on June 11th, 2020 as part of a stream announcing the PlayStation 5 (shown below). PC Gamer wrote the game was reminiscent of Night In The Woods. The game’s protagonist, Fang, is non-binary. 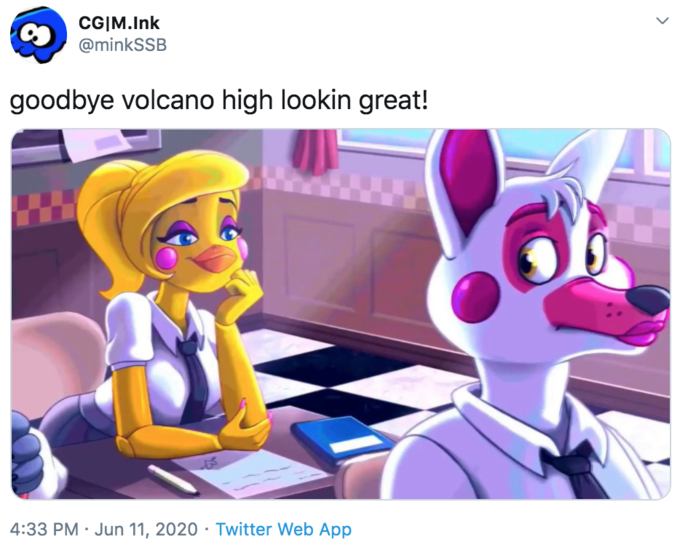 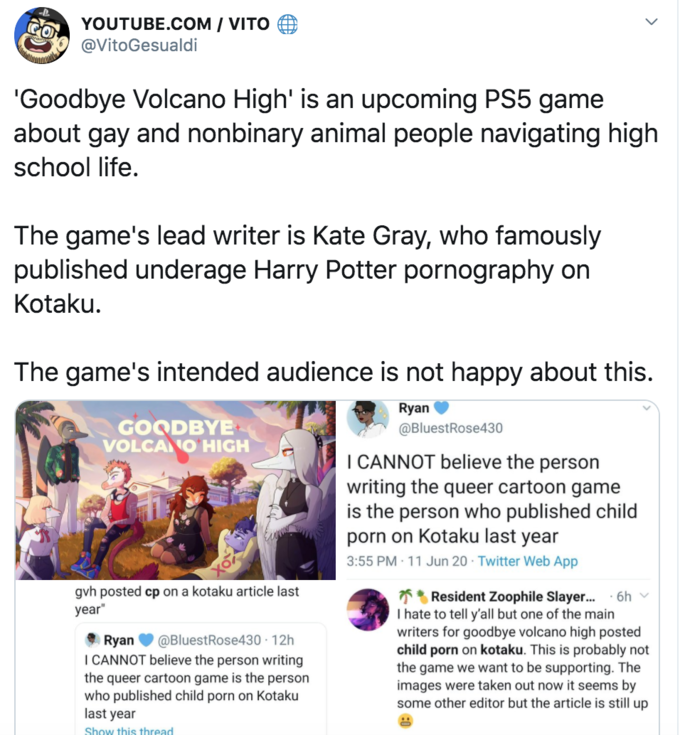 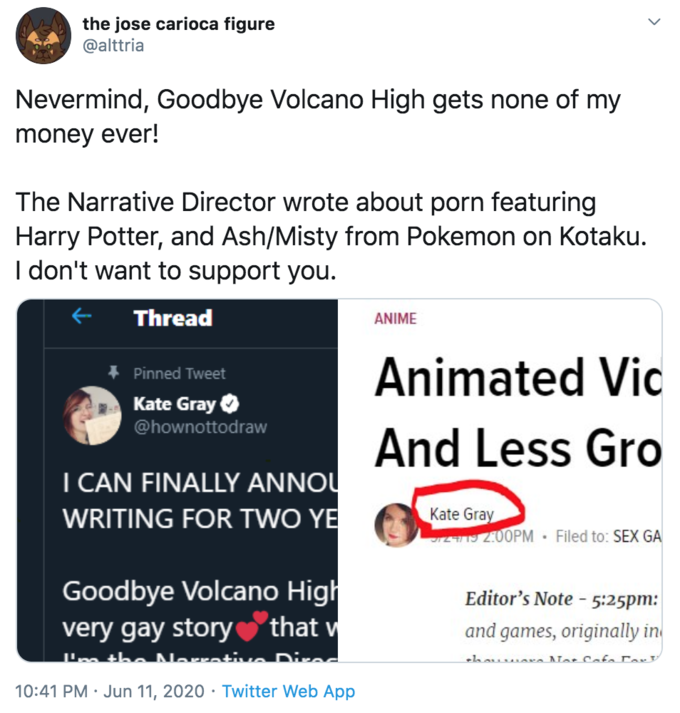