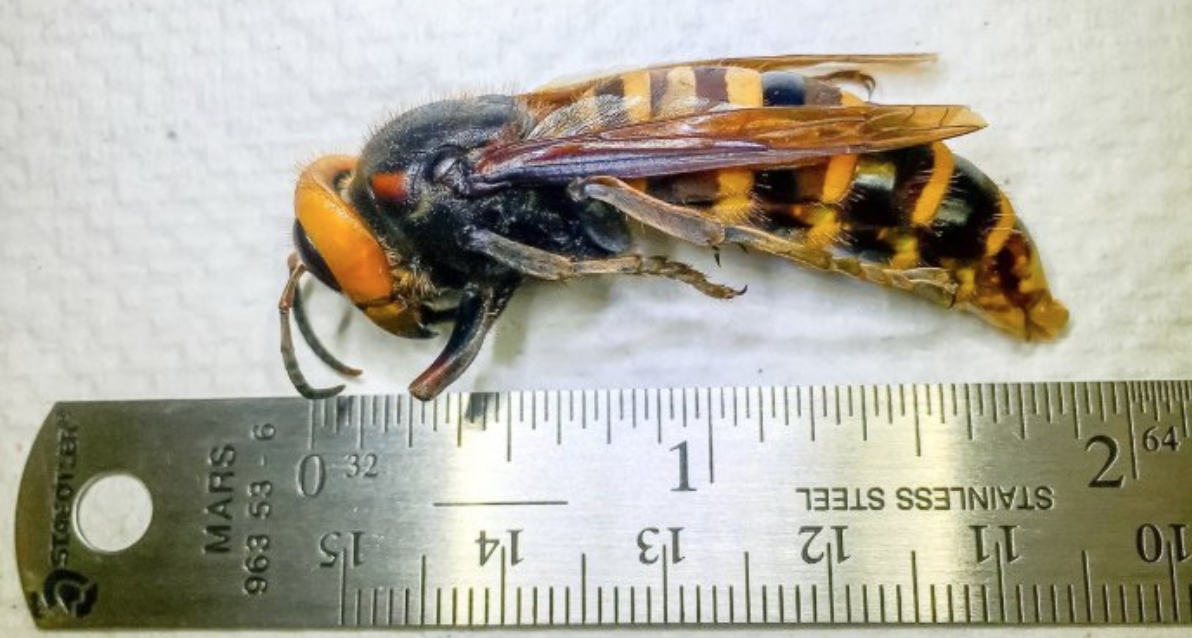 With 2020 being, well, you know (gestures broadly), you’d be forgiven if you forgot about the Murder Hornet Invasion. In May, the New York Times reported that Asian Giant Hornets had been discovered in the United States for the first time. The hornets kill about 50 people in Japan every year and scientists feared they could eradicate the United States bee population, prompting a rush to find and eradicate the species from the U.S.

On Friday of last week, nearly three months since the New York Times first reported on the murder hornets and seven months after the species was first sighted, the Washington State Department of Agriculture announced it had captured their first murder hornet. It was the first hornet captured in a state-laid trap.

While the capture is encouraging news in the rush to eradicate the species from the United States, the state has only two months to kill the invading bees before the mating season in September.

“This is encouraging because it means we know that the traps work,” said Sven Spichiger, the managing entomologist for the department. “But it also means we have work to do.”

Now that the state has a hornet, it plans on trapping more and using infrared cameras to track the hornets back to the colony, which scientists will then locate and destroy. For scientists, it’s imperative to eradicate the colony before the colonies produce more queens and mate. If the Asian giant hornets go unchecked, it could prove devastating for the state of Washington, as 1/3 of its food supply depends on pollination from the native bees of the area.

Pussy
"It's Just A Prank" Evolves Into Something Bigger, More Beautiful In /r/OkBuddy
Dahvie Vanity, The MySpace Musician Accused By Damien Leonhardt (Formerly Jessi Slaughter), Under FB...
15 Memes For Those That Miss Winter And Game Of Thrones