Club Penguin Is Kil refers to a copypasta, inspired by Green Text Stories, that is meant to reflect on what people were doing when the MMO Club Penguin shut down on March 30th, 2017. The text is purposefully written in improper English with grammar and spelling errors, directly referencing the John is Kill meme that inspired it, and often uses the phrase, “Where were you wen club penguin die?” The copypasta was popularized online in December 2019.

Originally posted as a comment on an unknown video by YouTuber Sergeant Arch Dornan (seen below), The Club Penguin Is Kil meme spawned after a screenshot of the comment was captured and spread online to other platforms. On April 21st, 2019, Redditor MarkXCZ posted the image to the /r/me_irl subreddit, receiving over 5,700 upvotes and 99 comments, helping to spread the image. 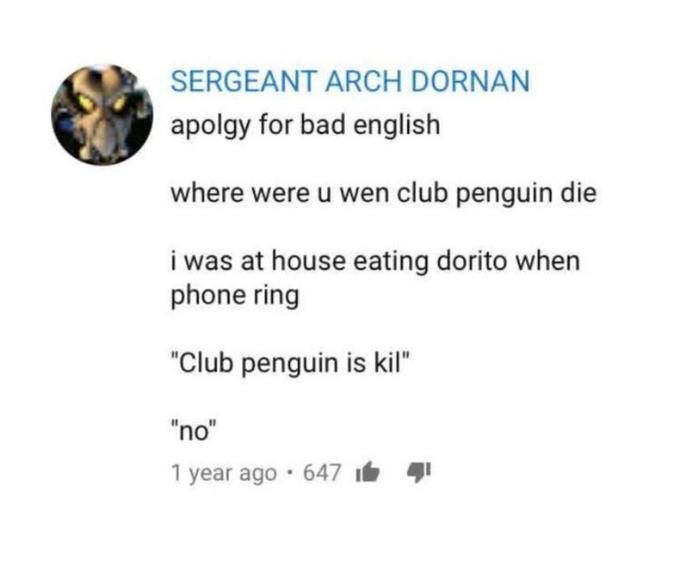 On May 2nd, 2019, Twitter user stickfab tweeted the copypasta and received 872 likes and 91 retweets with several users replying below. On December 31st, Redditor JustSoggy posted a meme variant referencing the original text to the /r/dankmemes subreddit (shown below), receiving over 56,000 upvotes, 285 comments and several Reddit awards. 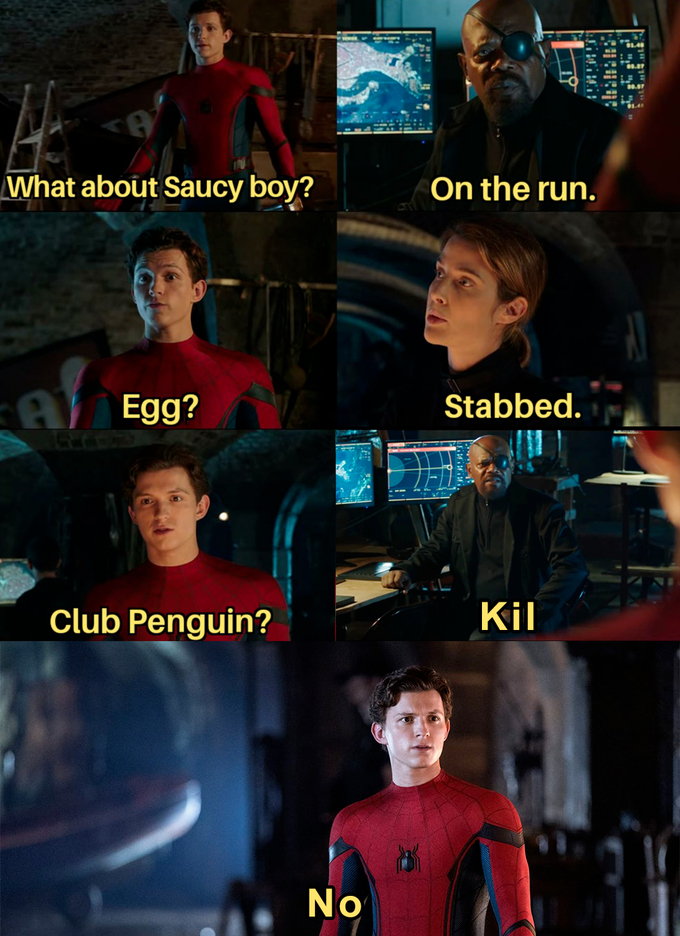 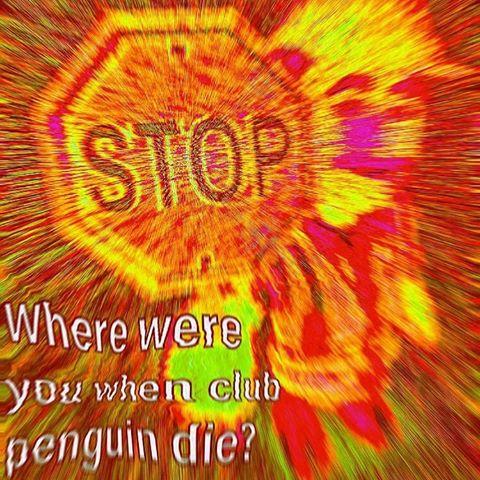 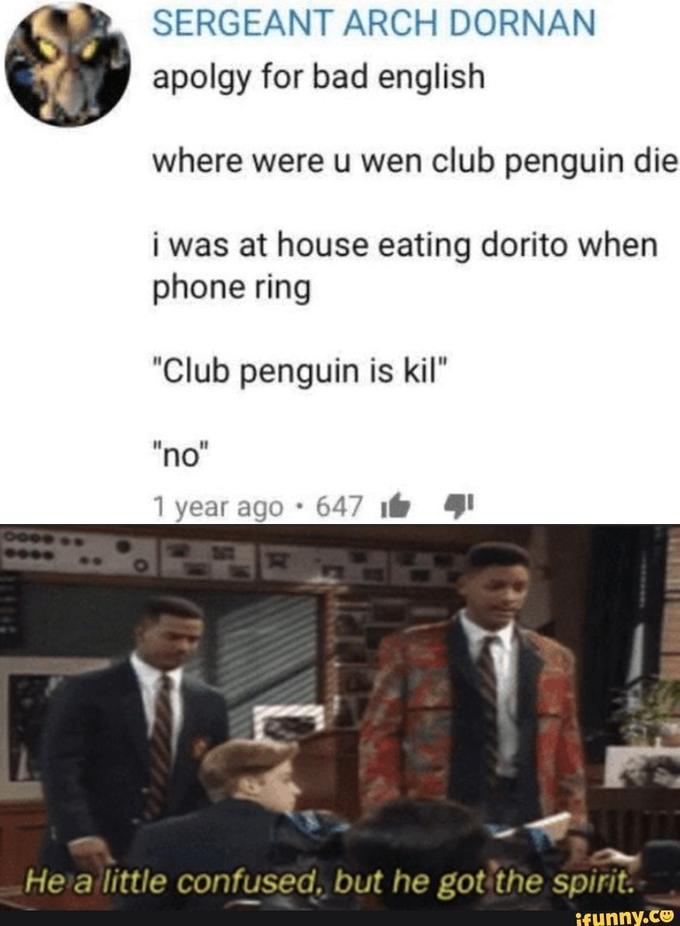 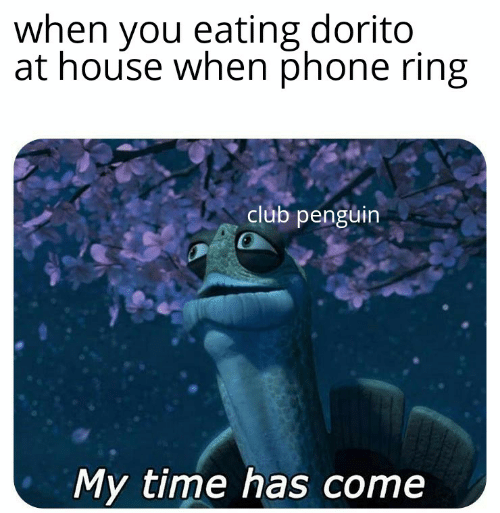 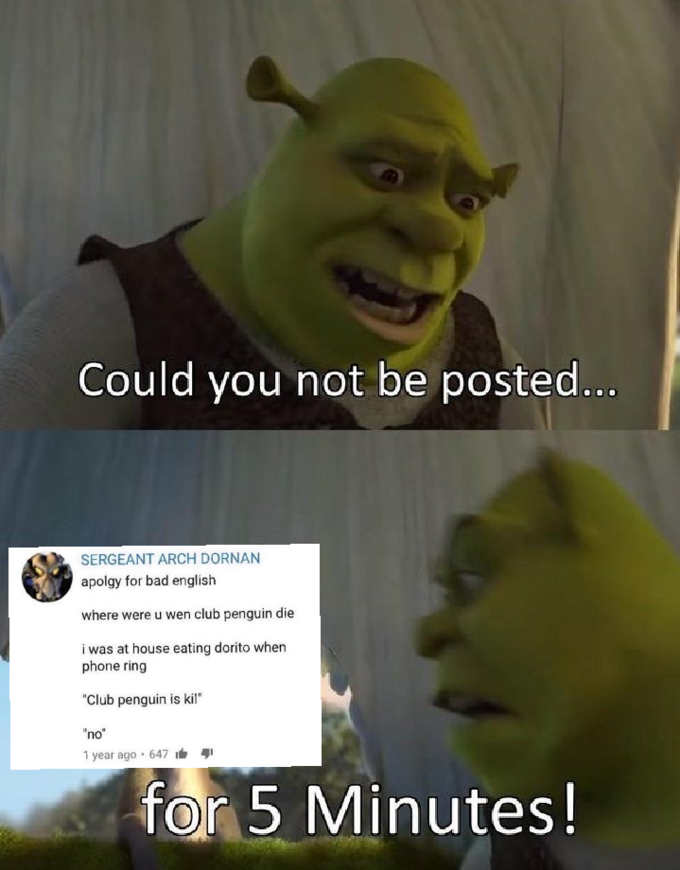 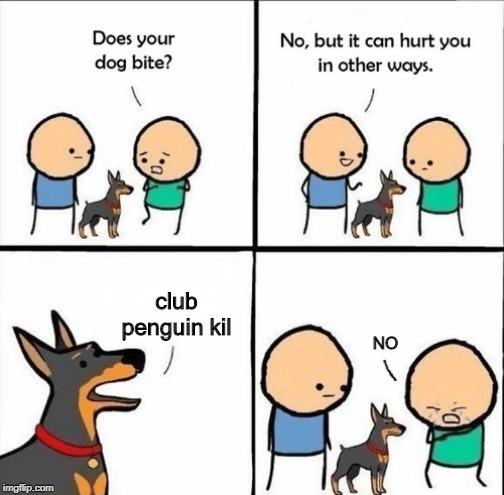 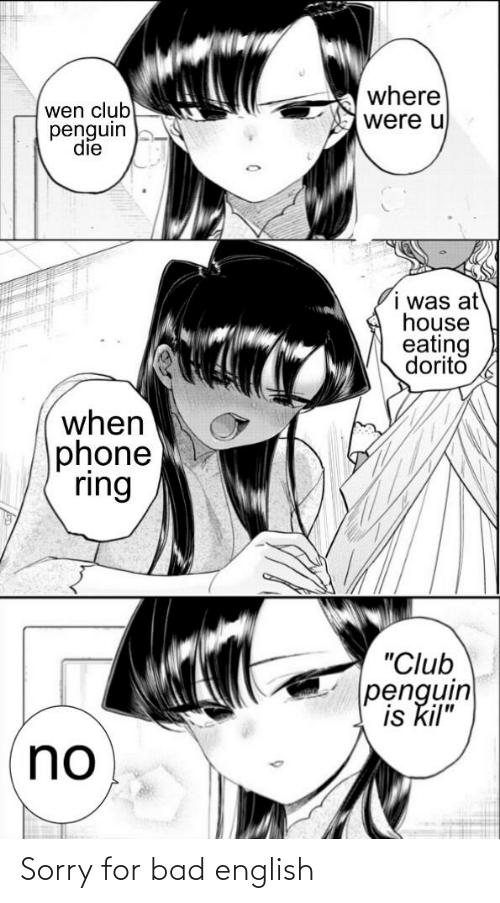