Work Bae TikTok Videos refers to several viral videos by TikToker Tina Turtle. The videos, which went viral in January 2020, show Turtle’s relationship with a co-worker named Mitch that she calls “Work Bae.” In May 2020, Turtle and Mitch had a public falling out over a meme that Turtle found insensitive amid the George Floyd Protests for racial justice.

That day, she shared the video on Twitter, where the video received more than 27 million views, 322,000 likes and 60,000 retweets in less than one year.

The following day, on January 21st, Turtle posted a follow-up video in which she asks Mitch what he thinks of the video’s success. The post received more than 1 million views, 192,000 reactions and 550 comments in less than one year (shown below, left).

Over the next few months, the pair continued to post videos together (examples below).

On January 30th, Turtle published a video on her YouTube channel, TinaqueenTV. The post, a question and answer session with Mitch, received more than 214,000 views in less than one year (shown below).

On May 31st, 2020, Turtle tweeted, “Idk what it is, but hearing a non-black person opinion rn IS NOT IT. Stay silent or help by donating or signing petitions bc whew y’all privileged is showing.” She continued, “And y’all go head and cancel Mitch” (shown below).

That day, Turtle responded to a since-deleted meme by Mitch. She tweeted, “Today… after you posted that weak ass meme. After I told you ample times you need to delete it bc it’s insensitive. Gtfo” (shown below, left). According to Twitter user @CarlyofMars, the meme featured a man who appears to be Mitch looking at a black cat and a white dog with the caption, “These two can get along why can’t the rest of us?” The meme could not be confirmed (shown below, right). 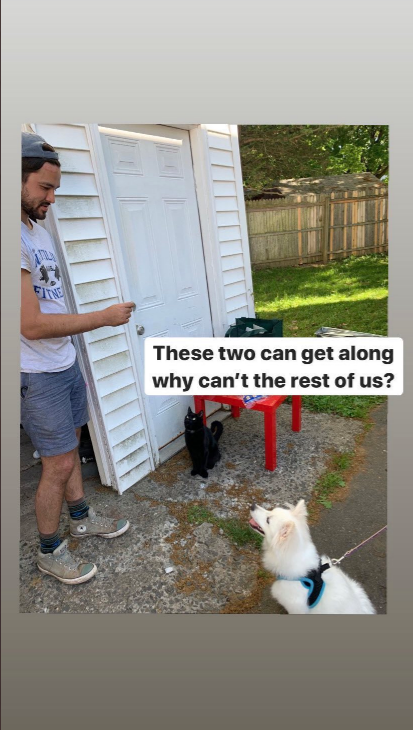 On July 13th, Twitter user @THONGSONGREMIXX shared the first “Work Bae” tweet and the “go head and cancel Mitch” tweet with the caption, “Welp.” The post received more than 105,000 likes and 12,000 retweets in less than one week (shown below).
published a report on the controversy.