Leafy made waves late last month when he returned from hiatus and released a “content nuke” video on streamer Pokimane, saying her content was boring, that she wasn’t very attractive, and that she had a boyfriend she’d been keeping from her subscribers in order to keep her tier-3 subs. The drama led Pokimane to release an apology video three weeks later where she said she kept her dating life private to avoid any comments about that aspect of her life. 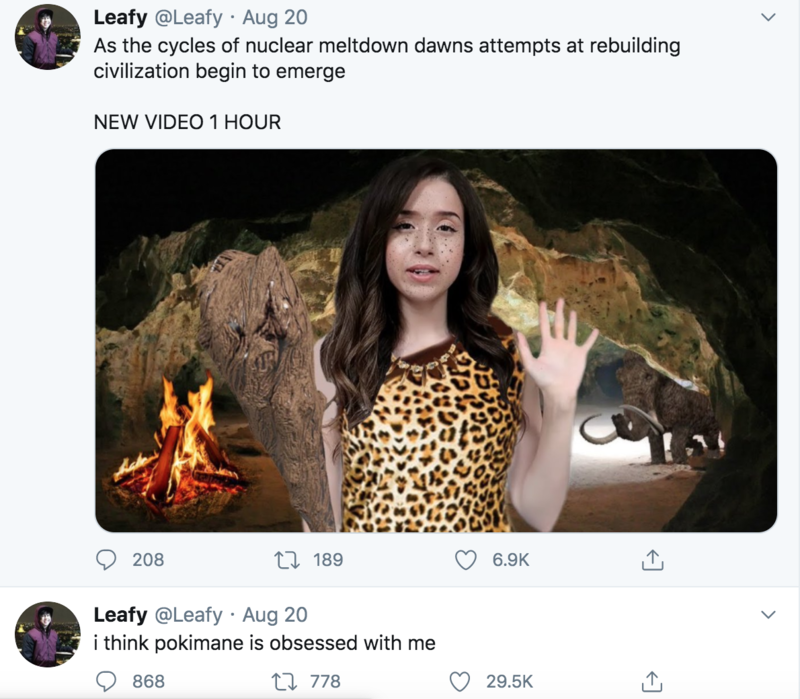 Morning TeamYouTube my channel was suspended yesterday, curious if there is anything I could do to get it reinstated. Or if there is any statement on this you could give on this

He also made the drama YouTube rounds, having an interview with Keemstar.

Sensing the drama stirring, Pokimane clarified that she had nothing to do with Leafy’s ban.

i know i’m going to get asked this, so i’d like to clarify i had nothing to do with leafy’s ban.

Cheer Proves A Surprisingly Addictive Docuseries On Netflix
Do You Schiff Your Pants?
"Robbie Rotten Reveals Nothing" Format Resurfaces With Renewed Popularity
What It's Like Being Stung By The Murder Hornet