Little/Big Shirt Little/Big Pants refers to types of style defined by which item of clothing is oversized or undersized in an outfit. Although women have been wearing these combinations of clothing for decades, in February 2019, slang like “big shirt little pants girl” and “little shirt big pants girl” became popular online. Typically, little shirt big pants is associated with an alternative style while big shirt little pants is associated with vsco girls.

On February 17th, 2019, Twitter user @radioheadass tweeted, “sza claimed all the tiny shirt big pants instagram girls on her taxes this year” and received over 36,100 likes in a year and a half. That day Twitter user @sertralineking responded saying, “ariana’s got the big shirt , tiny shorts girls” (shown below).

On May 21st, 2019, Twitter user @celinedion69 tweeted, “just saw a big pants little shirt girl with bangs perk her ears and look around dramatically when she heard a skateboard in the distance. art in motion” (shown below). The tweet garnered over 73,700 likes and 7,200 retweets in a year. On August 16th, Vice published an article called, “Searching for The Big Pants/Little Shirt Girl” which commented on the rising trend of wearing small shirts with large pants.

On June 13th, 2020, TikToker urclubpenguinboyfriend uploaded a video explaining the typical personality of every little/big shirt little/big pants combination (shown below, left). The video gained over 66,800 likes in a month. On June 29th, Urban Dictionary user that ginger girl defined “little shirt big pants girl” as “”A new breed of “indie” or “alt” girl. They can often be found wearing a small, tight fit top (usually cropped) and rather large pants such as jeans. This type of girl will wear heavy, long pants even if it is 85*F outside.” On July 7th, TikToker microwavedtuna started a trend in which TikTokers show each combination of clothing and received over 25,200 likes in two weeks (shown below, center). On July 21st, TikToker abbyrartistry uploaded an example that accumulated over 427,700 likes in two days (shown below, right). StayHipp published two articles on the trend. 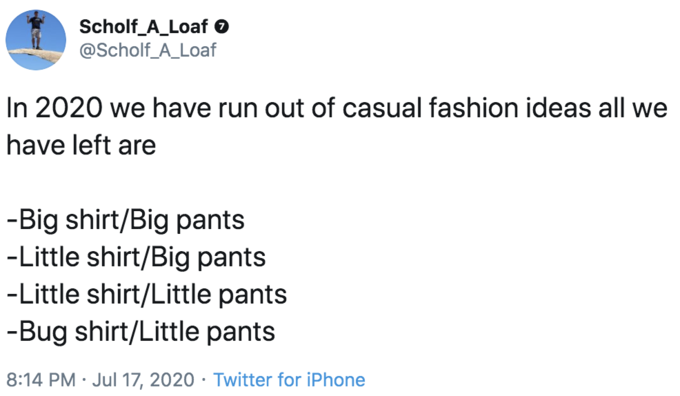 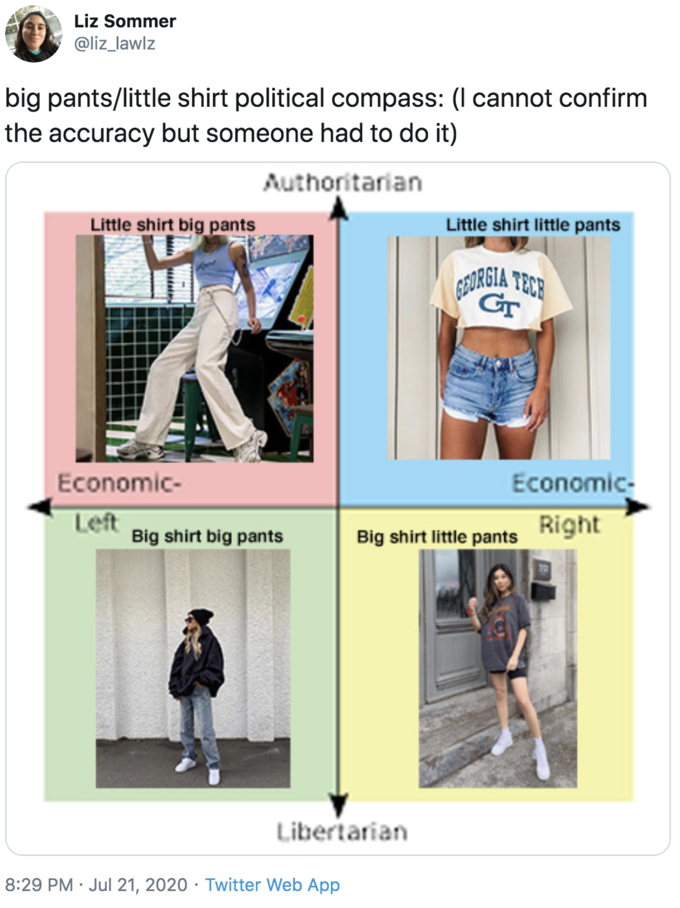 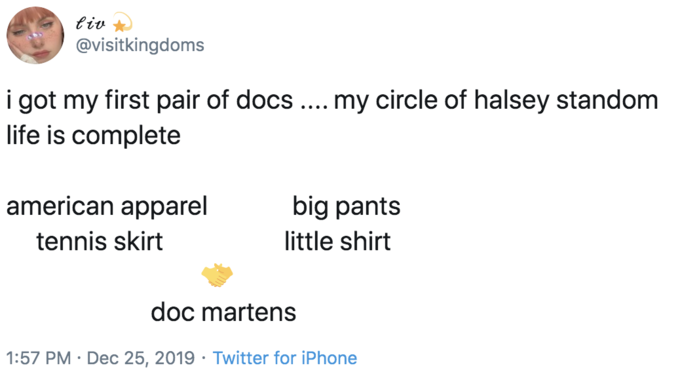